For Franklin's on Public Square in Wilkes-Barre, a slow night for the NFL is just the latest blow in what has been a difficult year. 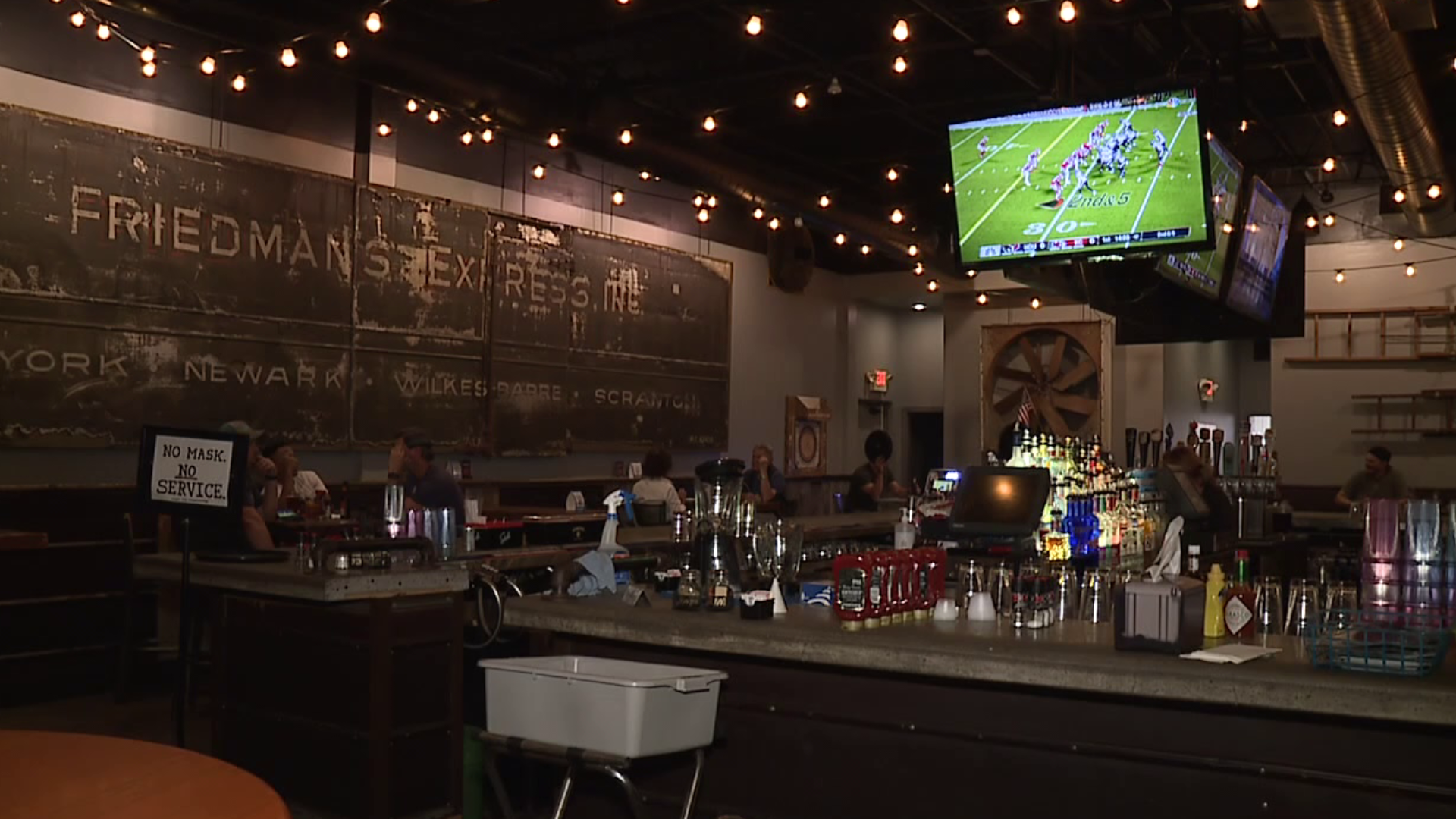 An American tradition carried on Thursday night despite the pandemic. The NFL opened its 2020 season in front of a national TV audience and a smattering of fans inside the stadium in Kansas City.

For bars across America, NFL games usually mean big business, but this is no ordinary season.

Bartenders at Franklin's on Public Square in Wilkes-Barre were disappointed with the turnout for the first NFL game of the season.

TVs at the bar had the game on the screen as the Kansas City Chiefs faced off against the Houston Texans but there were fewer fans there than bartender Jessica King expected.

"I don't know if it really hasn't set in, or if a lot of people are just aware that we don't have bar stools. It's just not the same feel as we had last year, obviously," King said.

For Franklin's, a slow night for the NFL is just the latest blow in what has been a difficult year. Workers are grateful that customers continue to come in for dinner, but for now, the bar is only allowed to have 25 percent capacity inside.

"We like to pack as many people in as we possibly can, but we have to follow the rules to keep everyone safe," King said.

In about two weeks, restaurants will be allowed to bump up capacity to 50 percent. That's also when the next restriction sets in—no alcohol sales past 10 p.m. For NFL fans and the restaurants that cater to them, that's just the latest blow.

"I mean that just kind of stinks because it's right at half time. It just really kills my vibe," Aaron Yurko of Dallas said.

"You're not even through the first quarter or half of the game! So, you have to leave. I guess a lot of people will getting the satellite dishes at their house again," Gary Wozniak of Forty Fort said.

"A lot of times the games don't start until 8, 8:30 so they don't end until midnight. So, it's going to be awfully awkward if there are people here watching football and we have to kick them out at 10," King said.

There are 13 NFL games slated for this Sunday starting at 1 p.m.