WILKES-BARRE TOWNSHIP, Pa. — Police are investigating after two people were shot in Luzerne County. The two men were shot. Both are still alive and are be... 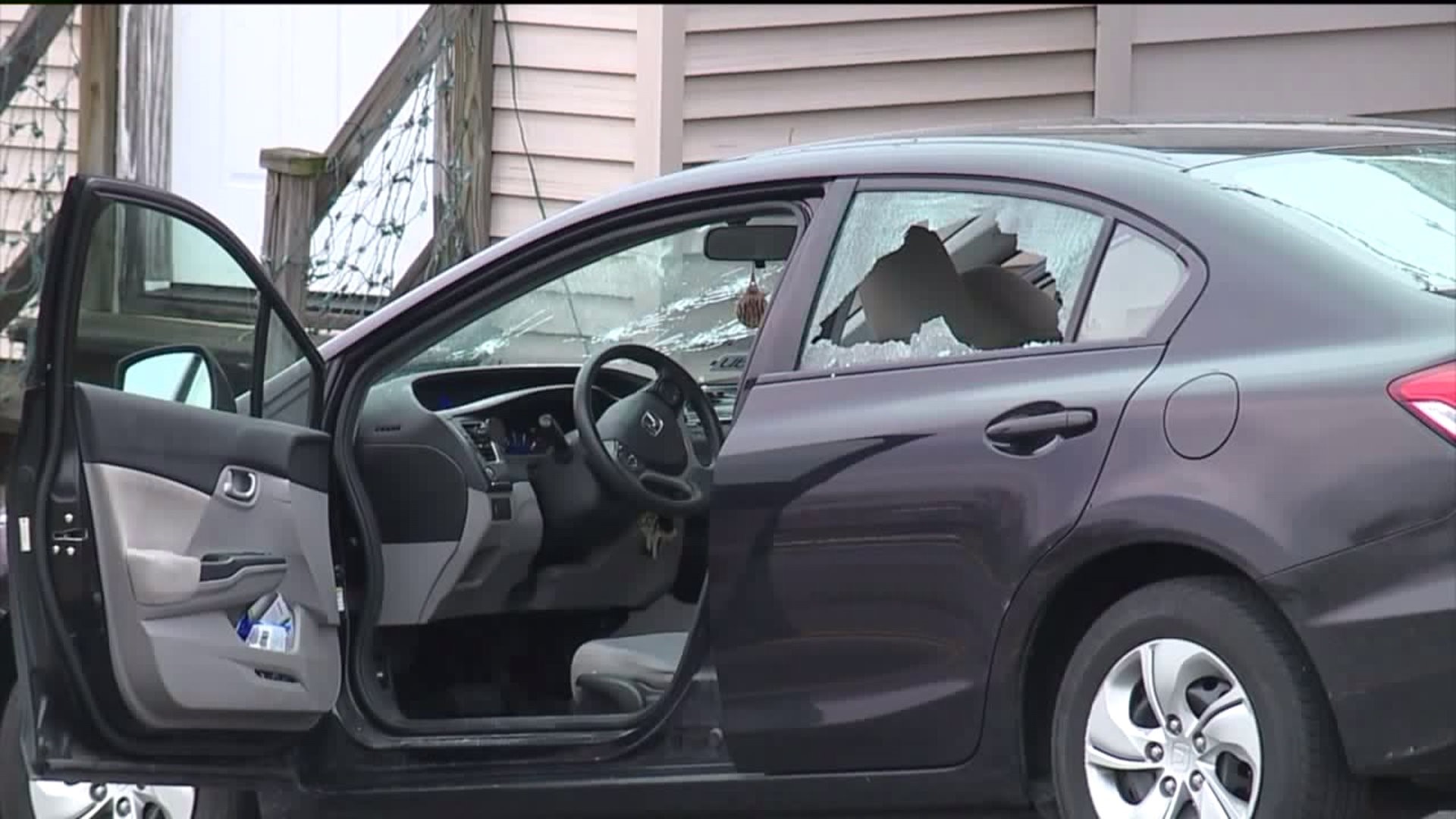 The two men were shot. Both are still alive and are being treated at a nearby hospital.

The shooting happened around 7 a.m. Wednesday on the 600 block of Casey Avenue near Wilkes-Barre off Business Route 309.

Lots of police activity surrounds a black Honda that has several bullet holes in the windows.

It's still unclear why this happened or who pulled the trigger.

The morning gunfire quickly got the attention of neighbors.

"I saw a white car flying down the road and it sounded like Uzi going off. So, they took off pretty quick. They didn't stick around, nothing. It happened in just seconds," said neighbor Dolvin Houssein.

Police continue to review bullet casings and other evidence at the scene.

There's has also been a lot of attention outside a home on the 600 block of Casey Avenue around the black Honda.

Police have not yet said if they are looking for someone or a specific car that the neighbor you just heard from saw speeding off after the gunfire.

Investigators say that the shooting near Wilkes-Barre is an isolated incident and believe those involved knew each other.