WILKES-BARRE, Pa. — Single-digit temperatures prompted many homeless shelters and soup kitchens in Luzerne County to keep their doors open longer than the... 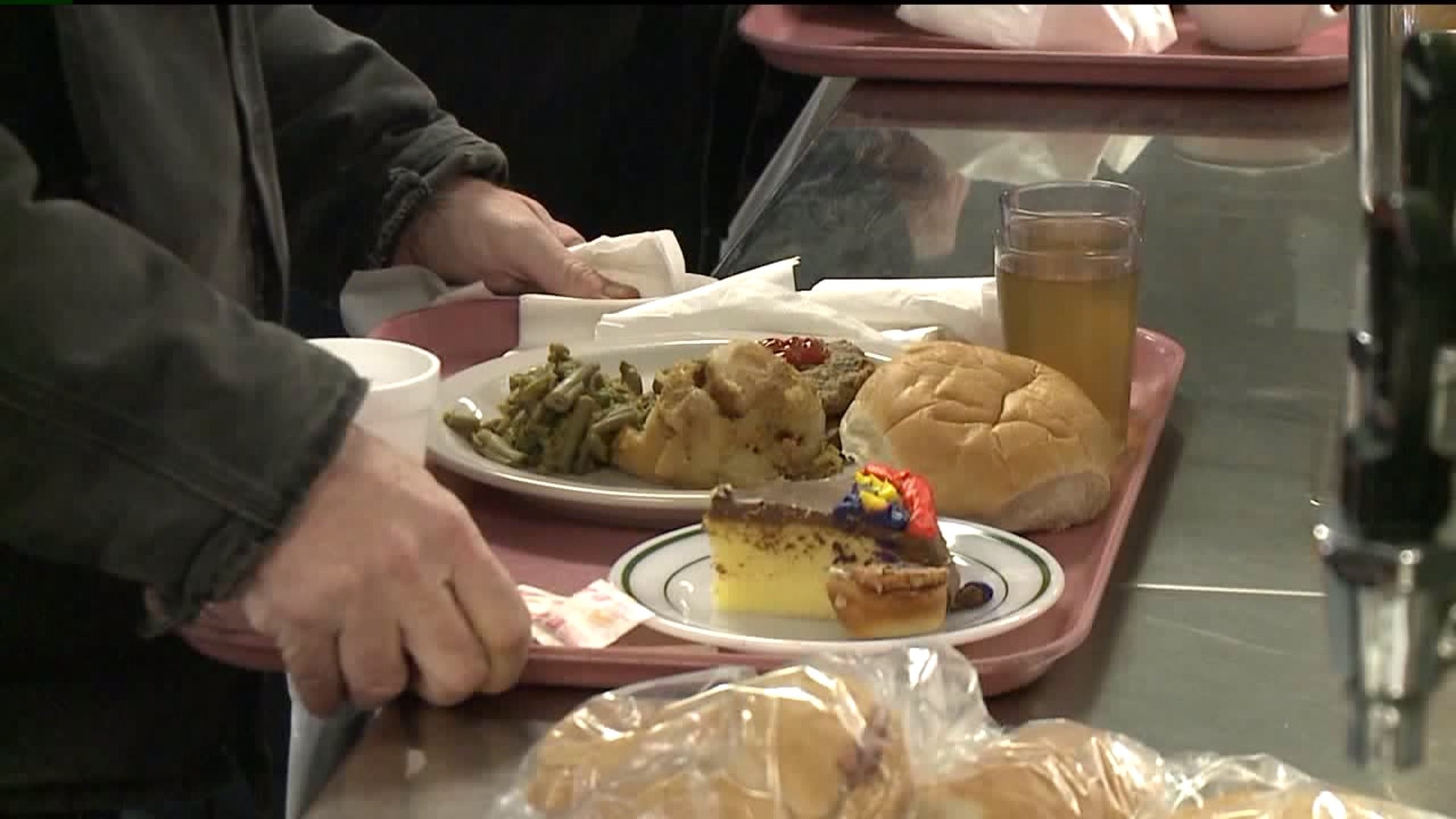 WILKES-BARRE, Pa. -- Single-digit temperatures prompted many homeless shelters and soup kitchens in Luzerne County to keep their doors open longer than they are normally.

St. Vincent de Paul Kitchen in Wilkes-Barre saw its usual crowd for lunch and a big topic of discussion among the group was the weather.

The staff at St. Vincent de Paul Kitchen opened a couple hours early to let people in to get warm before they started serving food.

"Just try to give them comfort. Make sure they're alright. If they need gloves, hats, stuff like that, we do provide that type of stuff. So if they ask us for it, we do have it for them," said kitchen supervisor Is-rael Allah.

"I try to prepare a meal that will stick with them, stick to their ribs, give them something nice and hearty and wholesome," said Allah.

The kitchen is not the only place to extend its hours to give people a place to get away from the cold. A van showed up outside the kitchen to give men a ride to a church near Nanticoke that stayed open during the day because it is so cold.

"It's a blessing. It just shows you that people really care. They do. It's a godsend. Some great people," Walter said.

He says without the church, he would have to face much of the day outside in the cold.

"I'd be at work for eight hours and then I'd have to go to a restaurant or somewhere, anywhere warm."

The shelter workers say they will assess the weather to see if they need to stay open during the day other days this week.