EXETER, Pa. — The mother of a 15-year-old girl who was shot and killed over the weekend says she wants her daughter to be remembered gracefully. State pol... 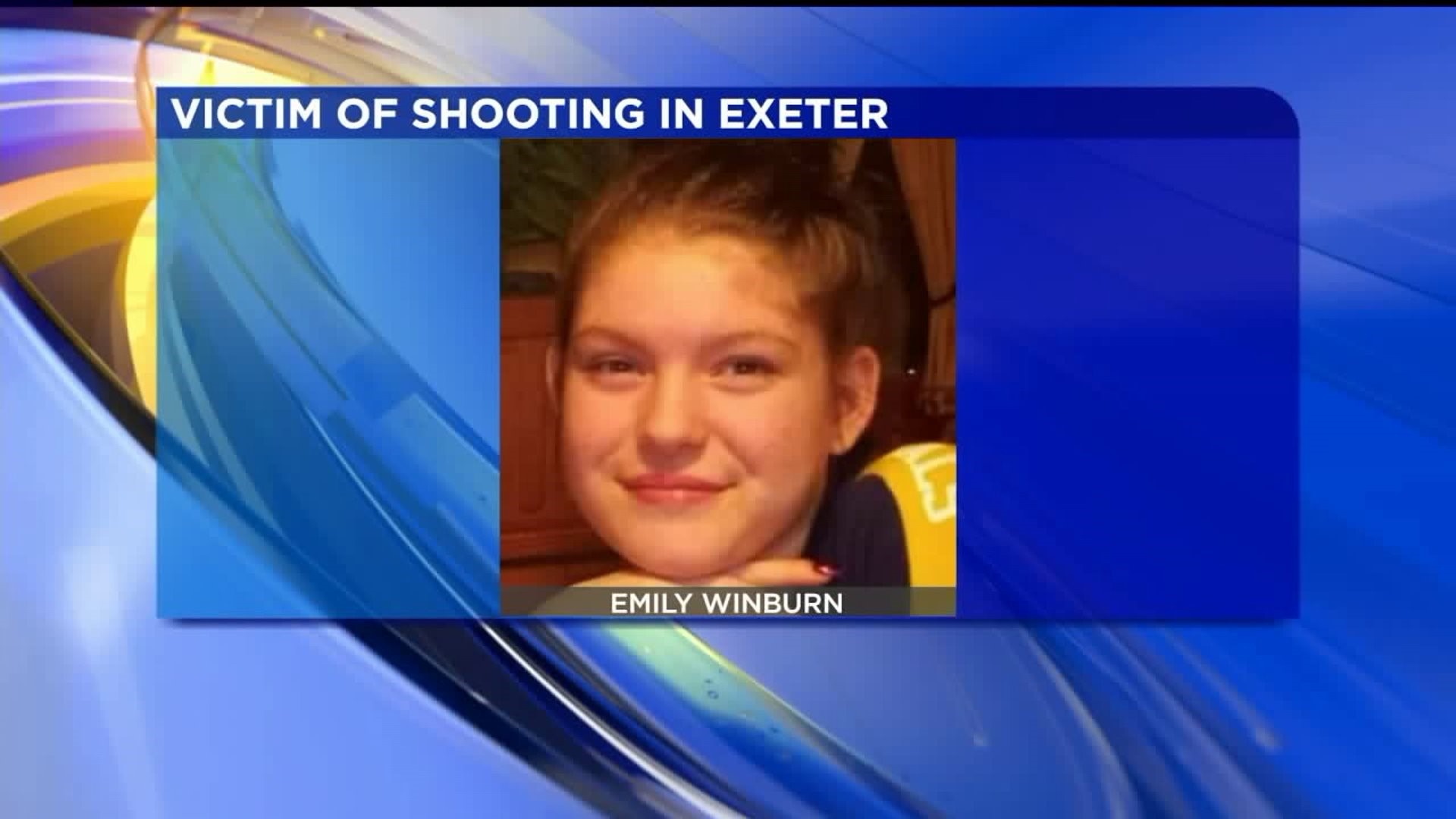 EXETER, Pa. -- The mother of a 15-year-old girl who was shot and killed over the weekend says she wants her daughter to be remembered gracefully.

State police say that a teen girl was killed after a gun went off inside a home in Exeter on Saturday.

Jane Maconeghy of Wilkes-Barre tells Newswatch 16 it was her 15-year-old daughter Emily Winburn who was killed.

"She was loved by so many people, and she was a great person. She's funny. She had so much to live for," Maconeghy said.

Maconeghy says it's been a rough few days for her and her family.

"She needs justice. I need justice for her to find out what really happened. I'm confused, like, why her?"

"The last few days, it's been hard, stressful, not being able to sleep as much as we want to, regret of what happened, and I just hope that we get the answers that we're looking for," said Kaylee Maconeghy, Emily's sister.

State police spent hours at the home on Aster Court in Exeter where the alleged shooting took place. They have not released much information but do say a juvenile is in custody in relation to the incident.

"I'm so angry. She needs closure. She needs peace. All I want for her is to have peace and be remembered for all the good things. I'm not worried about anything else," Jane Maconeghy said.

While troopers investigate, the family of Emily Winburn says they need help with funeral costs and turned to GoFundMe for help.

"The reason why I created it was because the funeral is so expensive, and they're on a time limit where you have to claim the body, and if I don't come up with the money in the time limit, they're gonna put her in an unmarked grave. I'm trying so hard so she can have a special service," Maconeghy said.

Kaylee says she has planned a balloon release in honor of Emily for October 2 at 3 p.m. on Public Square in Wilkes-Barre.

State police say if you have any information about the incident to contact them at 570-697-2000.