Seven area mayors band together against increased firework use

They say the fireworks aren't only being set off on holidays; they are being fired constantly, from sundown to sunrise. 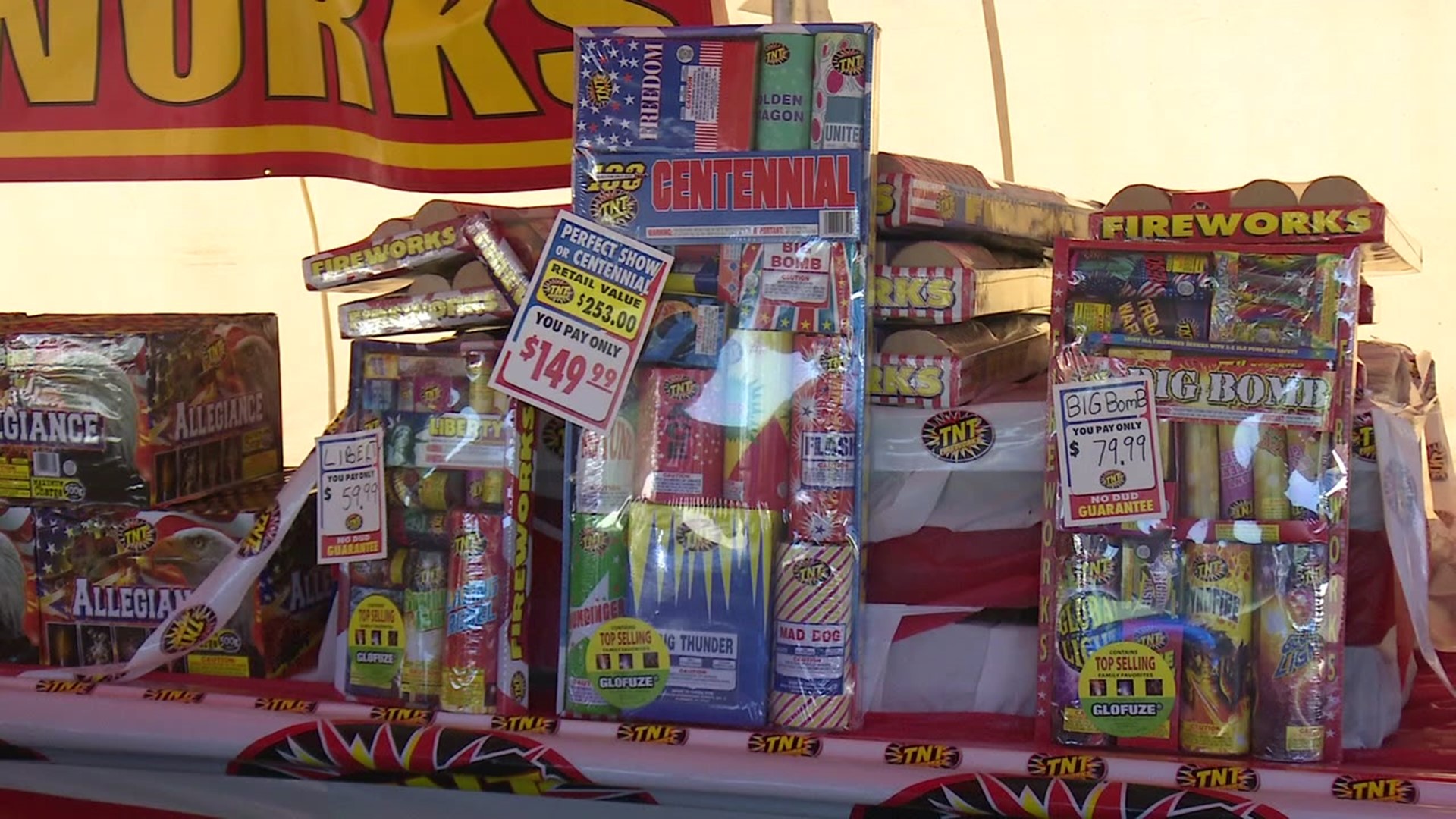 WILKES-BARRE TOWNSHIP, Pa. — The fireworks tents are up around the shopping district in Wilkes-Barre Township.

Workers here say as the Fourth of July approaches, they are getting busier by the day.

But now, some city officials in Northeastern and Central Pennsylvania are joining fed-up residents.

They say the fireworks aren't only being set off on holidays; they are being fired constantly, from sundown to sunrise.

Nicole Bednar is from Plains Township and says it's out of control.

“It's terrible, and I know my dad lived in Plymouth, and they always set them off there all the time, too. It's just bad,” said Bednar.

The mayors of seven cities, including Pittston and Wilkes-Barre, wrote this letter asking the state legislature to repeal Act 43, which made the sale of fireworks such as Roman candles, bottle rockets, and other aerial fireworks legal.

Lawmakers made that change in 2017 as a way to increase state revenue, adding an additional 12% sales tax to the 6% sales tax already imposed.

So that's an 18% sales tax on every firework sold.

Pittston Mayor Michael Lombardo says under Act 43, those fireworks can't be used within 150 feet of an occupied building.

But people continue to ignore that in his city.

“There is virtually no place in the city of Pittston, including our parks where you can clear 150 feet,” said Lombardo.

Khalil Rivera is the owner of TNT Fireworks.

Rivera advises customers of the dangers of fireworks and feels fireworks should be 300 feet away from any structures.

“We also made sure that people know that they can't discharge it or have cigarettes near the fireworks just to be on safe side,” said Rivera.

The mayors say the barrage of fireworks negatively affects elderly residents, people with young children or pets, and those suffering from PTSD.

“You have to be considerate of people and your neighbors and animals because they're afraid,” said Leanne Wargo from Sweet Valley.

Along with the mayors of Wilkes-Barre and Pittston, the mayors from Scranton, Hazleton, Nanticoke, Williamsport, and Kingston also signed that letter.

You can read the letter below:

The Mayors of Northeast Pennsylvania have joined together to express their distress with the increased use of consumer-grade Roman candles, bottle rockets and other aerial fireworks, which were made legal to purchase in Pennsylvania under Act 43 of 2017.

Last year, residents of our cities and boroughs were besieged daily, from sundown to sunrise, with the constant deafening noise and reverberation of these fireworks. There is no doubt that the same commotion will be repeated this summer. The barrage of fireworks is detrimental to elderly residents, those who have young children and pets, and those who suffer from PTSD and the effect which these fireworks have on their peace of mind.

The additional 12% fireworks tax added to the State’s 6% sales tax is not worth the stress and unease caused by the constant noise of the fireworks. Residents fear that these aerial fireworks may land on their homes and cause damage to their properties and harm to their families. There is no way to predict where the aerial fireworks will land. Under Act 43, the fireworks available for purchase in Pennsylvania may not be used within 150 feet of an occupied structure. As cities and boroughs, populated by thousands of residents, it is difficult to find such open space. Unfortunately, Act 43 preempts municipalities from regulating consumer fireworks via a municipal ordinance.

As Mayors, we are asking our elected representatives to adopt legislation to repeal Act 43, thereby restricting the use of consumer-grade fireworks. Additionally, we request that municipalities be allowed to set their own firework regulations so that the ordinances can protect the safety of its residents.

In closing, we remind our legislative representatives that the income earned by the State from the taxation of consumer-grade fireworks is not worth more than the safety of Pennsylvania’s residents.