PLAINS TOWNSHIP, Pa. – Service members and family members came together at the VA Medical Center near Wilkes-Barre for an early Veterans Day ceremony on F... 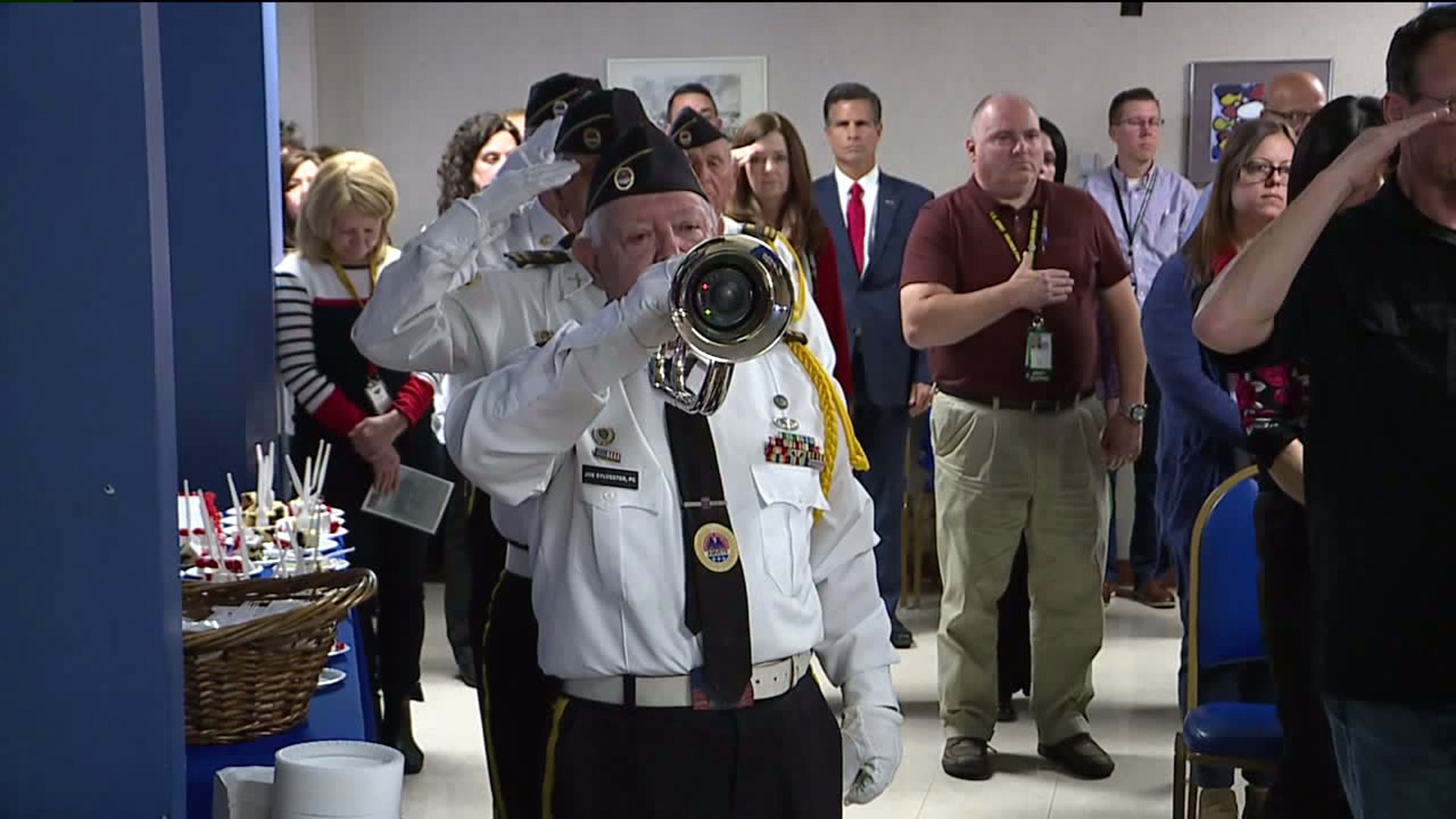 PLAINS TOWNSHIP, Pa. - Service members and family members came together at the VA Medical Center near Wilkes-Barre for an early Veterans Day ceremony on Friday.

Air force veteran John Day was there. He graduated from Coughlin High School in 1968 and was sent overseas less than two months later.

"I like to hear their stories, how they sacrificed and everything. My father was World War II, so he got wounded pretty bad," Day said.

Hearing one another's stories is a big draw for many veterans. Thomas Rusak spent four years on active duty and 18 years in the Army Reserve. He said it feels nice to be truly understood by another veteran.

"Takes a special person to be in the military and give their life for their country," Rusak said.

Most of all, veterans we spoke to said they are grateful to have so many people thanking them for their service.

"It's truly a blessing and we're thankful for them and we appreciate what they do for us, too," Navy veteran Derbert Dilworth said.

At the end of the ceremony, a wreath was laid, and Taps played in honor of the members of the military who couldn't be there and who gave their all for this country.