Seniors upset about polling place in their lunchroom

Residents at Wright Manor cannot understand why their dining room was selected as a new polling place for the Pennsylvania Primary on May 18. 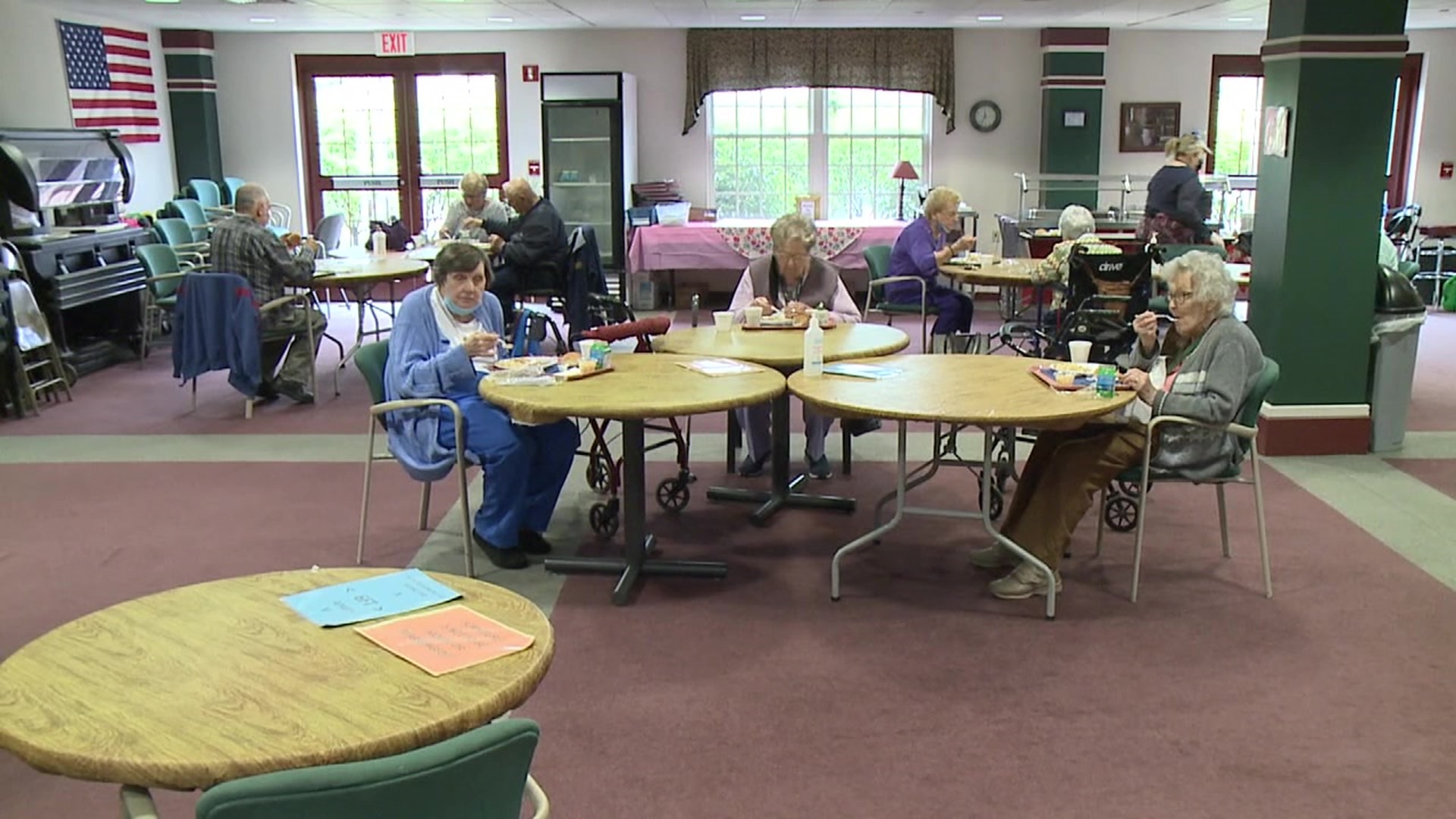 Last week, residents became upset when they learned their lunchroom would be turned into a polling place for voters on May 18.

"We're very upset. We're very scared," said resident Eileen Dominick. "Between COVID, between security itself. With me personally, it's the security of all these people coming into a building that is always locked."

"We normally only have 12 people in our lunchroom. That's all that's allowed by the restrictions set up for us. And now we're going to let the whole Luzerne County? Doesn't make sense," added resident, Joanne Schaffer.

These residents also have concerns about parking, especially since ambulances come here about once a week. They also say this room is like an extension of their home. They are not comfortable opening it to the public when they can't even open it up to their own families because of COVID-19 restrictions.

"Everybody's been on the phone calling all kinds of people trying to get some reaction. And we're not doing good. It's like, 'They're seniors, the heck with them,'" said Dominick.

"He offered us some peace, knowing that he did say that there would be security here, that our bathrooms will be locked. The public will not be able to use them. But other than that, they're telling us there's nothing they can do," said Schaffer.

The Housing Authority of Luzerne County tells Newswatch 16 this location was chosen because it is already a spot for seniors in the county to pick up meals, it would be easy for the seniors living here to vote, and because the residents are vaccinated.

Still, the residents say they are not comfortable.

Luzerne County Manager David Pedri says the place will be cleaned before, during, and after voting and that representatives from both the housing authority and the elections bureau will be making a visit to listen to and address the concerns of the residents.