Some ballots remain to be counted in Luzerne County

Segregated and provisional ballots will be counted on Friday and Monday in Wilkes-Barre. 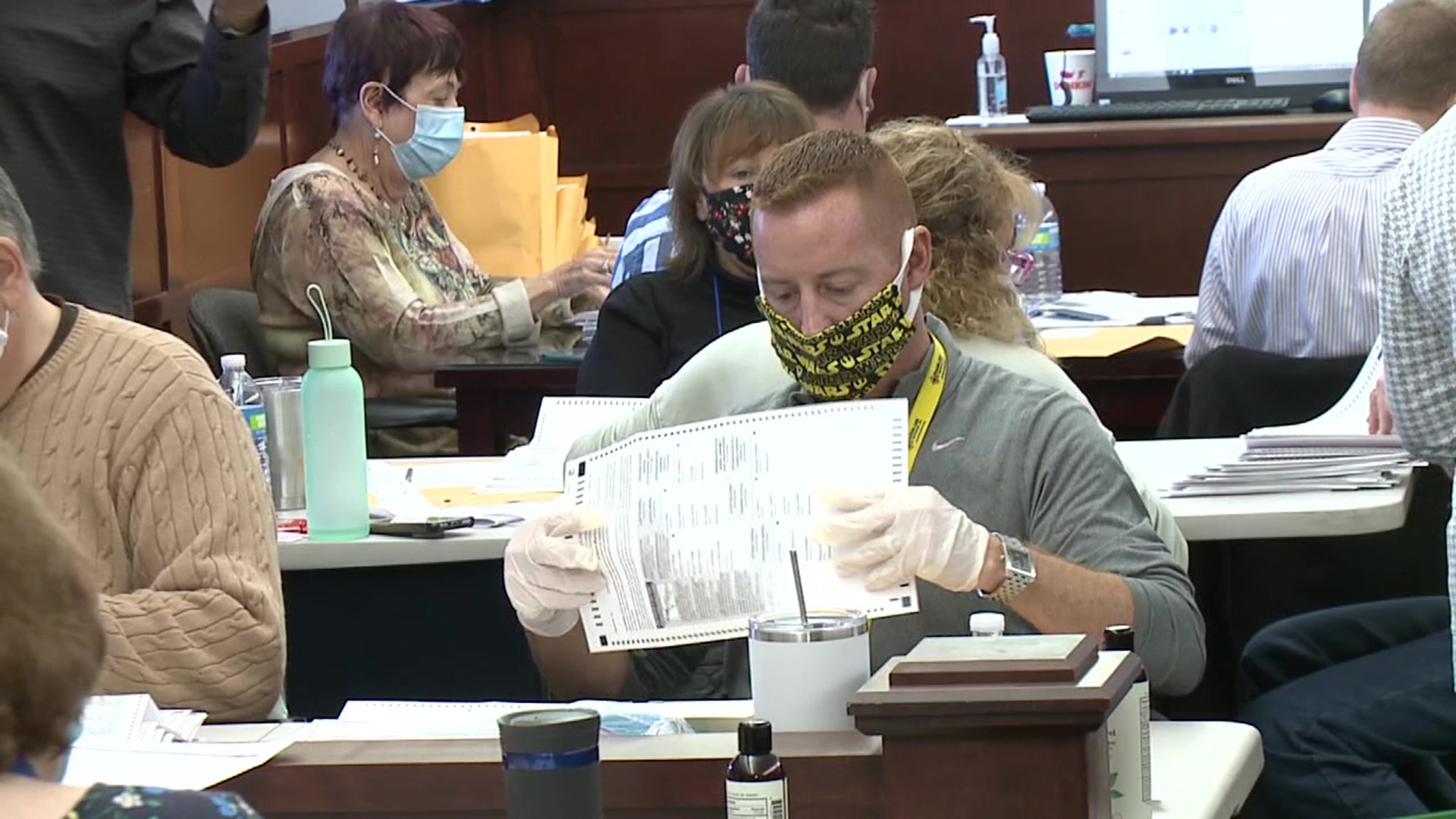 WILKES-BARRE, Pa. — While most votes have been counted in our area's most populous county, Luzerne County, there are still more than 2,000 votes to be counted.

Luzerne County still has so-called segregated ballots and provisional ballots to count on Friday and Monday.

Thousands of mail-in ballots were counted in a matter of two days in Luzerne County, but still, two days after the election, the results are not final.

"I expected that," said Gary Muchler of Wilkes-Barre. "They told you that. And everybody knew we're going to have to wait a couple of days, everybody. It's a pandemic."

Because of the large volume of mail-in ballots, there are still other votes yet to be counted.

"The first thing will be the mail-in ballots that are postmarked by November 3. Now, these are the ones that are segregated. Those are going to be counted, documented, and put to the side because those are the ones that could potentially be part of a litigation lawsuit at some point. And we're not concerned about that, we're doing everything the right way, but we are making sure that those are done the correct way," said Luzerne County Manager David Pedri.

RELATED: 2020 Presidential Election in Pennsylvania: What we know

So far, the county has received only about 250 ballots that fit that category. Pedri says more than 150,000 people came out to vote in the county, and he doesn't think those will sway the election one way or the other.

But in some of the tighter state-level races, provisional ballots yet to be counted could be a factor.

"We have between 2,000 to 3,000 of those, and those are for any issues that you have at a polling place. Mostly what we've seen in this election is somebody saying, 'I applied for a mail-in ballot, I didn't get it,' or 'I did apply for a mail-in ballot, and I left it at home, and I want to go with the machines,' and you'll get a provisional ballot. that's reviewed individually by the election."

Pedri says those provisional ballots are something that happens in every election. Both of these remaining types of ballots will be counted between Friday and Monday.

The one big race that is decided in Luzerne County is the presidential race. In this county, Pres. Donald Trump won by about 21,000 votes.