Three search warrants outline some details of the investigation into how the fire started. 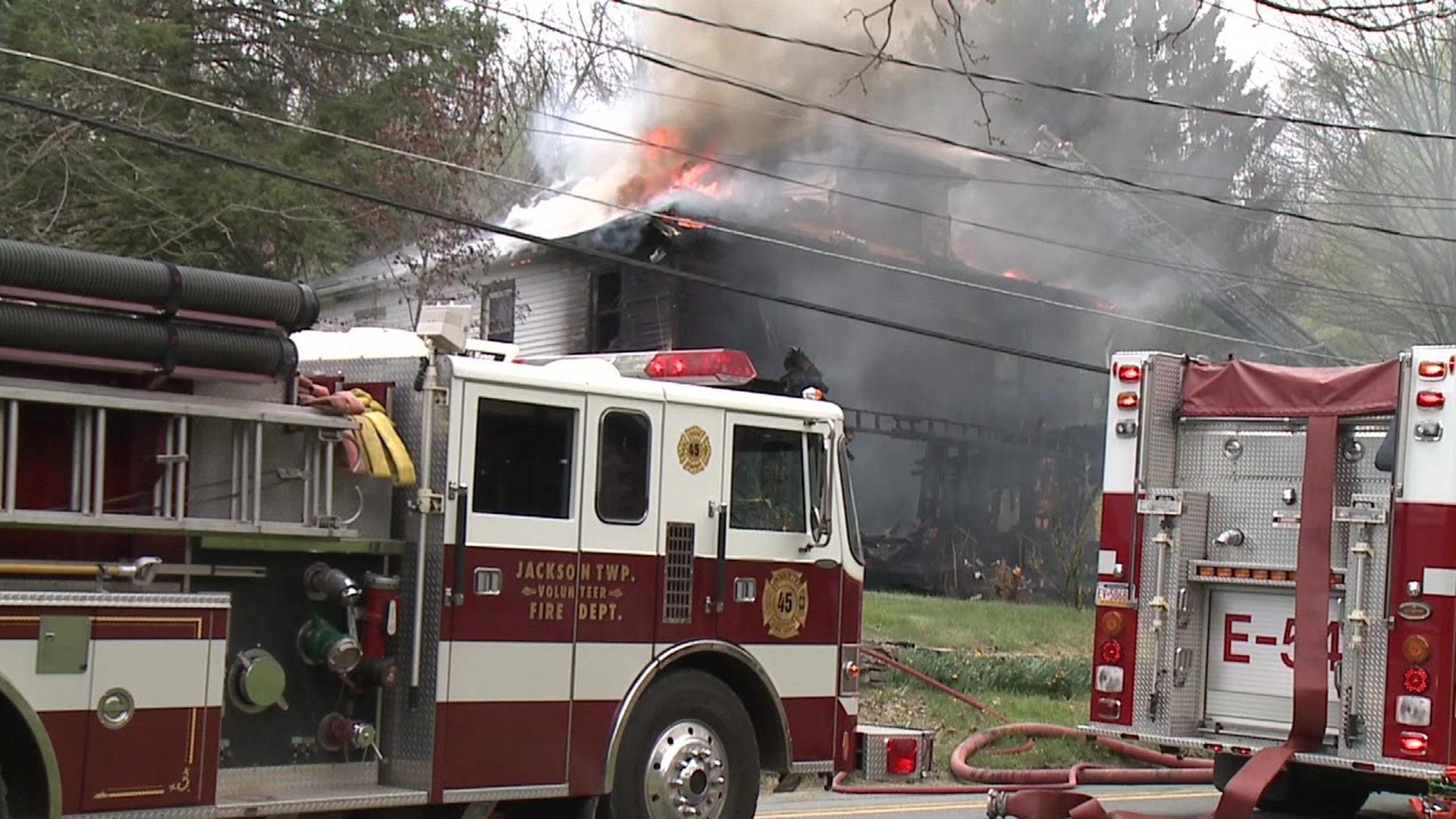 Now, the home has been torn down, but the Luzerne County district attorney's office is investigating what happened here in Trucksville.

Here are some of the details laid out in three different search warrants obtained by Newswatch 16:

When firefighters responded to the home, they found one man unresponsive inside—property owner and resident James Goodwin. He was pronounced dead at the scene.

According to the search warrants, two people lived in the home. One was the victim. The other was another man. In the warrant, police say neighbors told them that man was seen outside the home before the fire, wearing an all-black mechanic's outfit, and then left the home in a vehicle. Neighbors say that person returned to the fire scene around 12:15 p.m. wearing a green shirt. Police say he was wearing jeans and had blood on his face.

The search warrants identify that man as Dennis Brady Jr. The warrant says when he returned to the scene, Brady told investigators that before he left, he was "looking underneath his mattress for his phone using a lighter and it caught fire. He splashed water all over it and thought it was out."

When Brady was taken to the Kingston Township police station for more questioning, the court papers say he asked for a lawyer.

The search warrant also says in September of 2019, police were called to the home for a domestic dispute with Goodwin being the victim and Brady the accused.

The cause of the fire is still under investigation, and no charges have been filed against anyone in connection with the deadly blaze.

The Luzerne County coroner's office says Goodwin's cause of death is pending toxicology results, and the manner of death is still under investigation.