Youth soccer field ripped up by vandals in Luzerne County

This isn't the first time ATVs have run through the soccer field in Hanover Township. 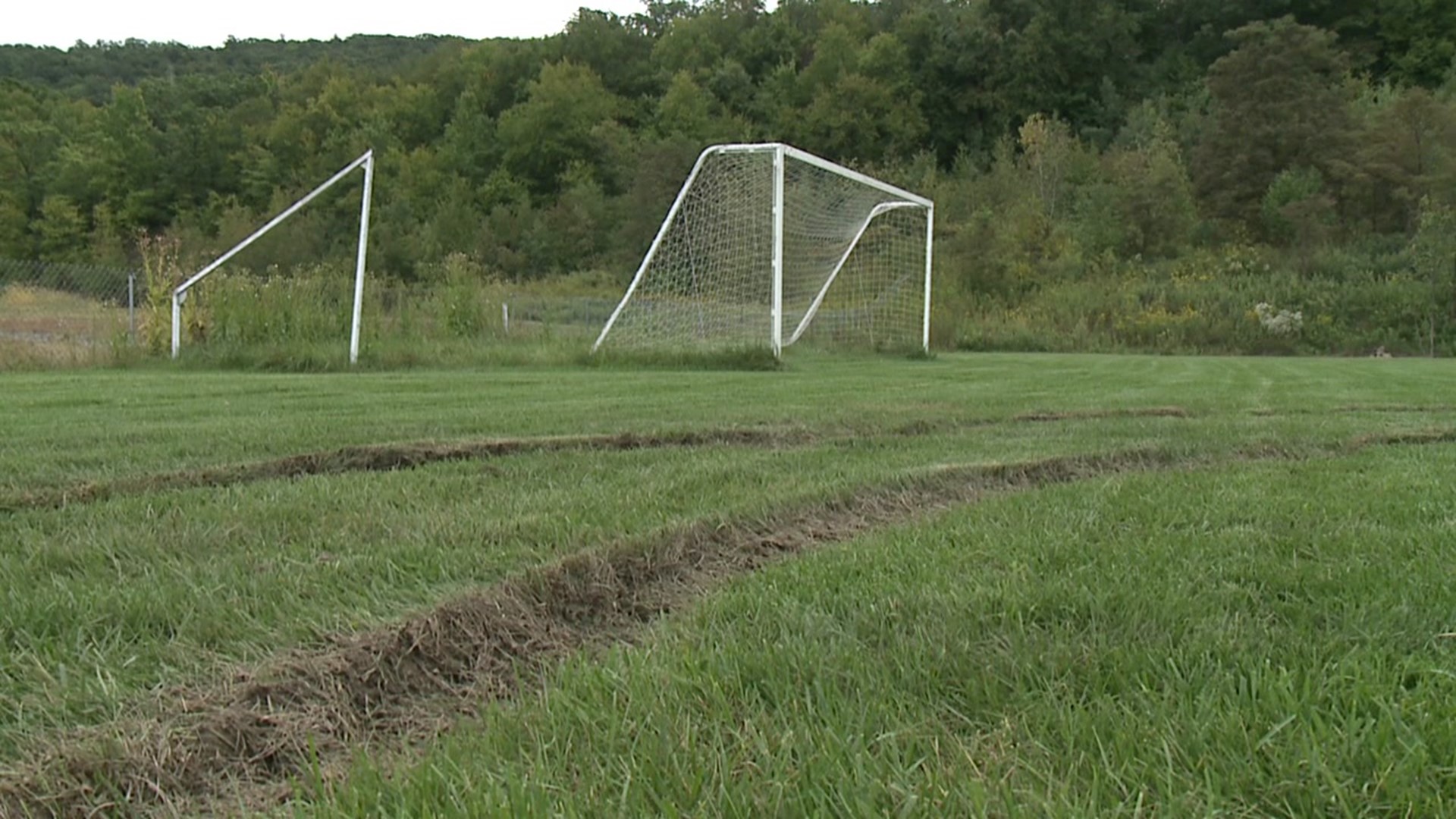 Officials there said the field can't be used for the rest of the season.

It is the same soccer field that teams couldn't get to for days after Hurricane Ida because the road leading to it was damaged in the flooding.

There are other fields nearby that the team can use.

Still, coaches said this most recent damage is extremely frustrating.

"A lot of people are here every night of the week almost so to have to change our plans to make people aware of shifting schedules and stuff, it's aggravating," Coach Andrew Richards said.

Officials said with all this damage over the field, it's going to cost well over $1,000 to fix.

"We spend a good amount of money during the year just maintaining the fields, cutting the grass and fertilizer things like that just so they can play," Geoff Shaw with the Earth Conservancy said.

The team said this is the second time in four years that ATVs have ripped up the field.

"I hope we can find who did this. It should teach somebody a lesson because if we don't do something, it'll happen again," Richards said.

The soccer field should be fixed by the end of October. By then, the soccer season will be over.

The team said they did notify Hanover Township Police about the damage.

The team said officers told them they can't do much to help because there are not any surveillance cameras nearby.

However, the team hopes someone comes forward with more information.