WILKES-BARRE, Pa. — Hundreds of kids from our area competed in a science Olympiad event, an event that encourages students to get involved in careers in s... 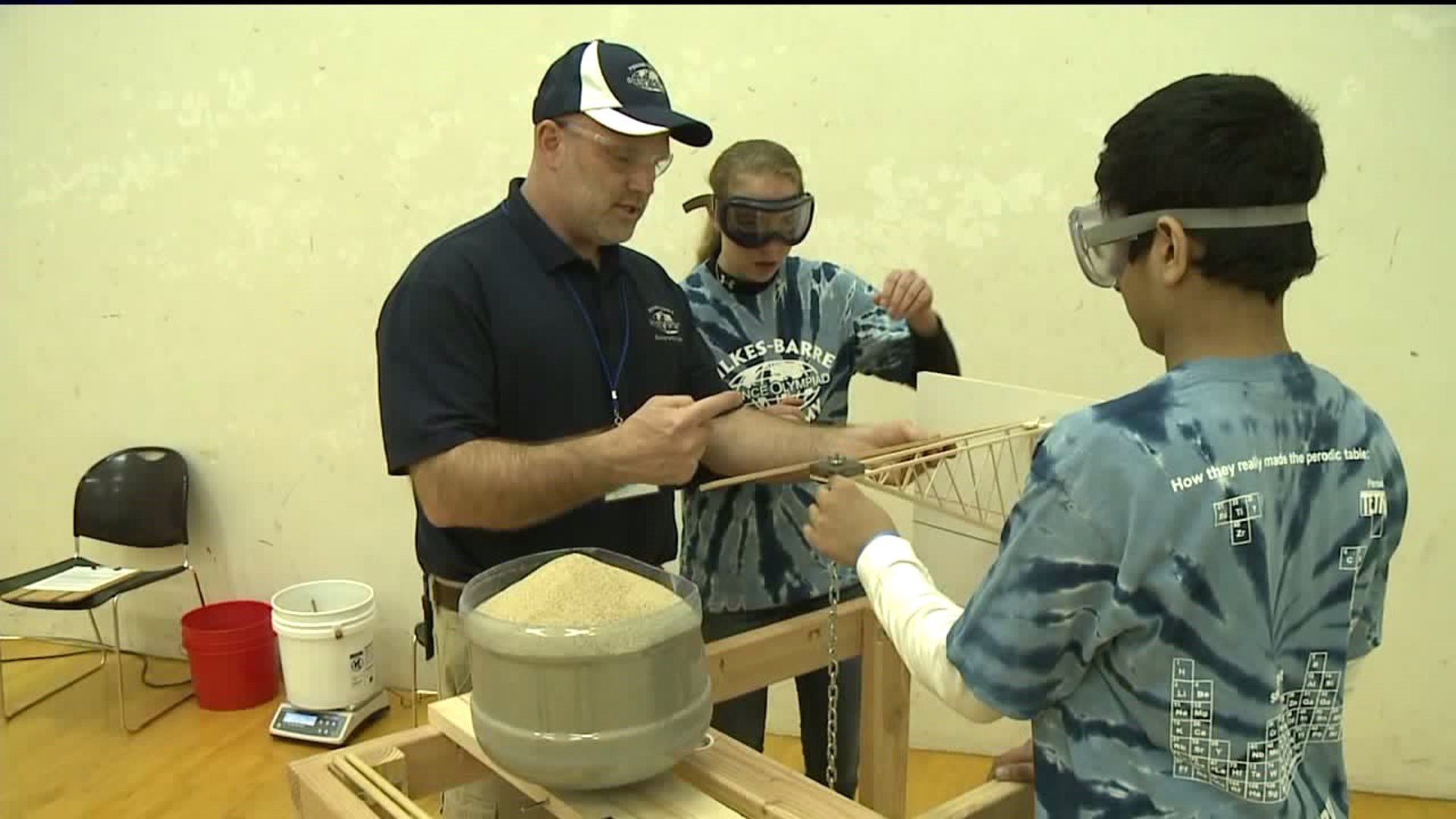 WILKES-BARRE, Pa. -- Hundreds of kids from our area competed in a science Olympiad event, an event that encourages students to get involved in careers in science and technology.

It's a day full of experiments that gets the students learning outside of the classroom.

Groups of middle and high schoolers took part in the Northeast Regional Science Olympiad at Penn State Wilkes-Barre. The event is held every year, and about 800 students from 40 school across our area participate.

"It's kind of like you're at school, too, but more fun," said Wilkes-Barre Academy student Kendra Santuk.

"I like working with the kids. We have great kids. It's a lot of fun. I coach a team because there's only 15 members on a team. It's a small close-knit group, and they practice and work hard together, and it's just a lot of fun working with that," said Olympiad judge Doug Bowman.

The Olympiad includes about two dozen events where students can put their science, math, engineering, and technology skills to the test.

One of the events is called Boomilever. The students are challenged with making a wooden structure that can hold a large amount of sand.

"The goal of the event is to build a very light structure that holds a lot," Bowman explained.

The kids we spoke with have participated in the Science Olympiad for several years. They say it is a good way to prepare for their future careers.

"I really want to go into architecture, and I was into building stuff, so that's why I really chose building events and just tried this for fun to see what would happen," Santuk said.

"It helps me know how things work in the real world and how to program them to be in a virtual world as well," said Wilkes-Barre Academy student Aayan Chaudhry.

The students win awards at the end of the Olympiad.

The top six schools will move on to the state competition at Juniata College in April.