NANTICOKE, Pa. — Emotions were high at the packed meeting inside the Nanticoke municipal building as the SCI Retreat community came out in force to demand... 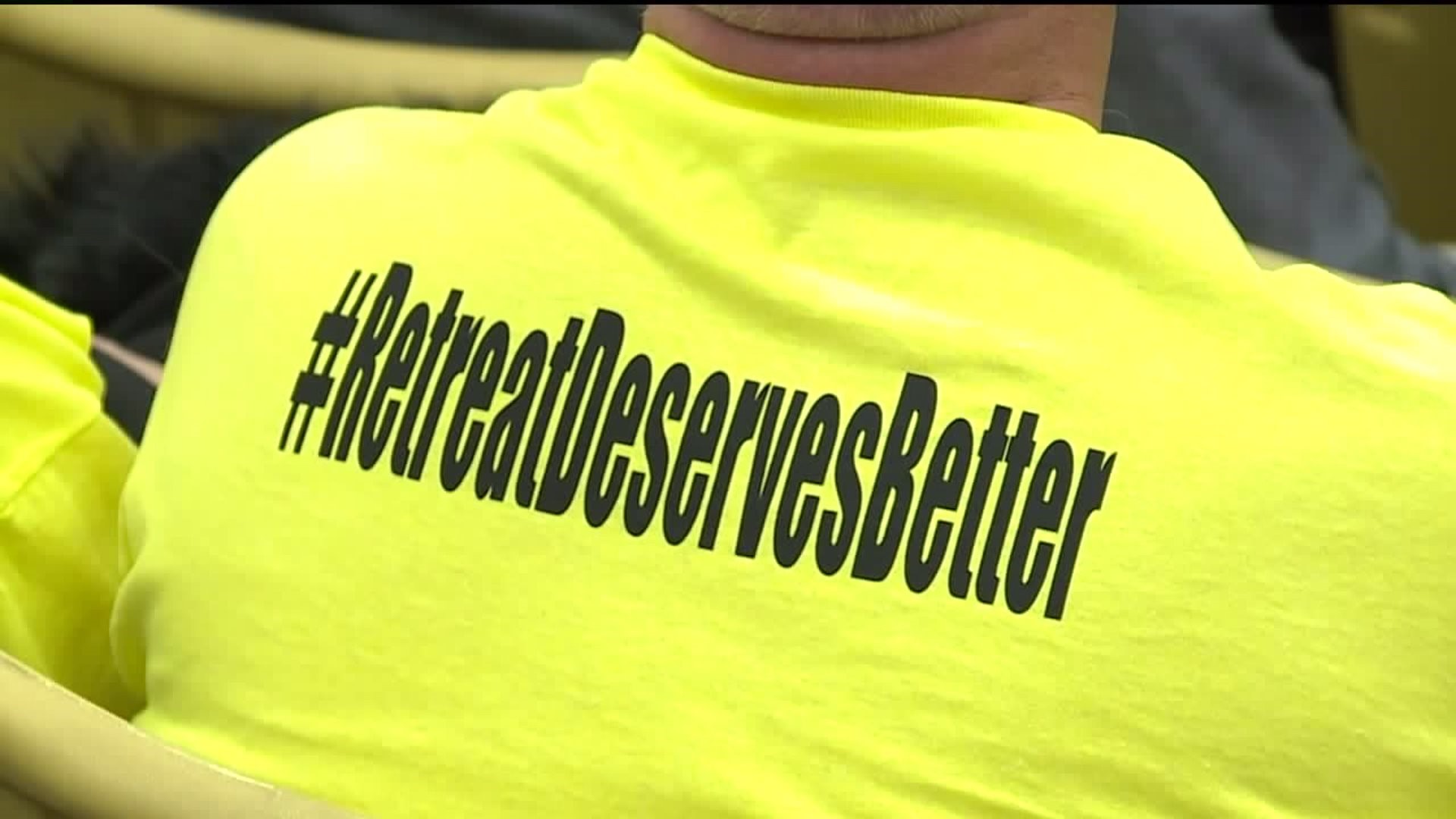 NANTICOKE, Pa. -- Emotions were high at the packed meeting inside the Nanticoke municipal building as the SCI Retreat community came out in force to demand the state prison near Shickshinny remain open.

This is the second meeting with the Department of Corrections, which says it is $137 million in the red and is weighing the idea of closing SCI Retreat to save millions.

But those at the prison say millions will be lost in jobs, local economy and without a state prison, public safety will be threatened.

“We were at the prison earlier for a meeting, and one of the guys said, ‘The guys I now have are not the criminals that they were when they came in,'” said Kim Yost with the Service Employees International Union.

The meeting was scheduled to end at 7 p.m., but so many people wanted to talk, the Department of Corrections allowed it to continue until everybody could be heard.

The one thing that had people talking about the most was a video released after the first meeting with the DOC, where the secretary of corrections could be heard implying the closure was a done deal, and he was only going through the motions.

“The Department of Corrections Secretary John Wetzel was caught on the hot mike saying he was only pretending to listen to the employees, community leaders, residents,” said Senator Lisa Baker.

“To watch that video and see him completely disregard everyone, I felt like an idiot,” said the wife of a corrections officer. “I'm sure everybody felt like idiots like they were made a joke of.”

If you want to provide input on SCI Retreat's possible closure to the DOC, you can do so by email at ra-crdocclose@pa.gov