This week, high schools got the go ahead to open the stadiums to fans without having to worry about the governor's 250 person limit. 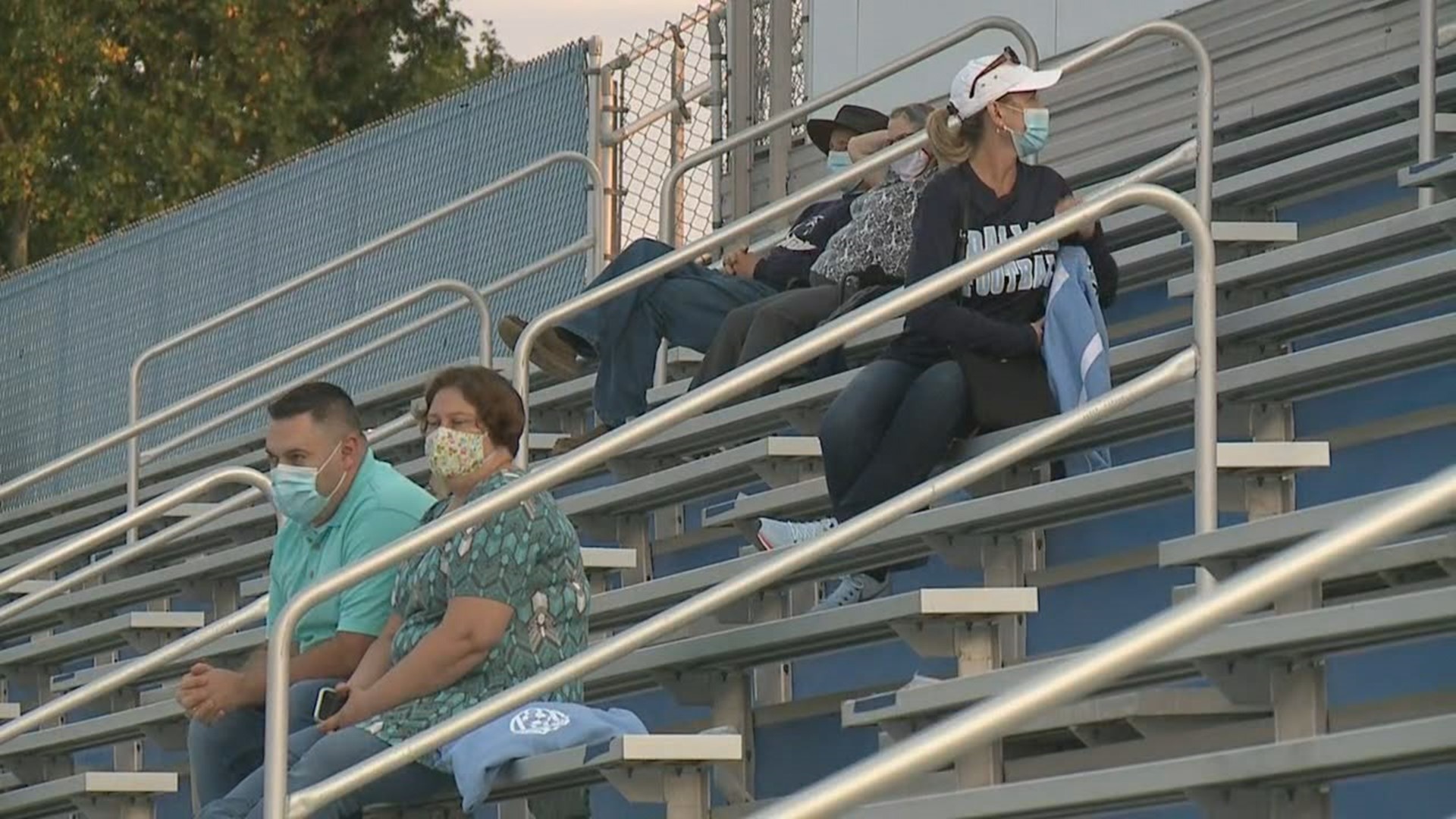 LUZERNE COUNTY, Pa. — Friday nights in Northeastern and Central PA just have not been the same during the pandemic.

Previously, only 250 people, including players, were allowed in football stadiums under the governor's rules. Since a federal judge has now ruled Governor Wolf's COVID-19 restrictions unconstitutional, the PIAA is allowing school districts to set their own limits on attendance.

There were about 150 parents of Dallas students at the game against the Wilkes-Barre Area Wolfpack on Friday. The stadium can fit about 3,000 people, so fans were really able to spread out.

Dallas Mountaineer fans cheered as football players hit the field to face off against Wilkes-Barre Area.

Each Dallas football player, cheerleader, and band member was allowed to invite their parents to the game for the first time this season. It was especially meaningful because this was senior night.

"My son is a senior this year, my oldest son. It's just important to be here and show them that we love them," Lindsey Marsilio said.

"We couldn't be more excited. I know it's exciting for the kids to be here as well, so it's just a great night," Joann Halbach said.

Under Dallas' new guidelines, students and fans of opposing teams are not allowed in the stands.

"It's weird not having fans on the other side but other than that, how can you argue? At least we're out and about," Alan Cuba said.

This was Dallas' second game of the season. One game was canceled because of a positive COVID test.

"I feel very safe. We're outdoors in a big venue, a big stadium, and I think as long as people social distance and wear their masks, everything is fine," Cherie Klinger said.

Dallas won the game against the Wilkes-Barre Area Wolfpack 34-13. The mountaineers' next game is next Friday against Lake-Lehman.