EXETER, Pa. — A busy road in Luzerne County is closed after a water main break, and officials say it could take days if not weeks to repair the damaged ro... 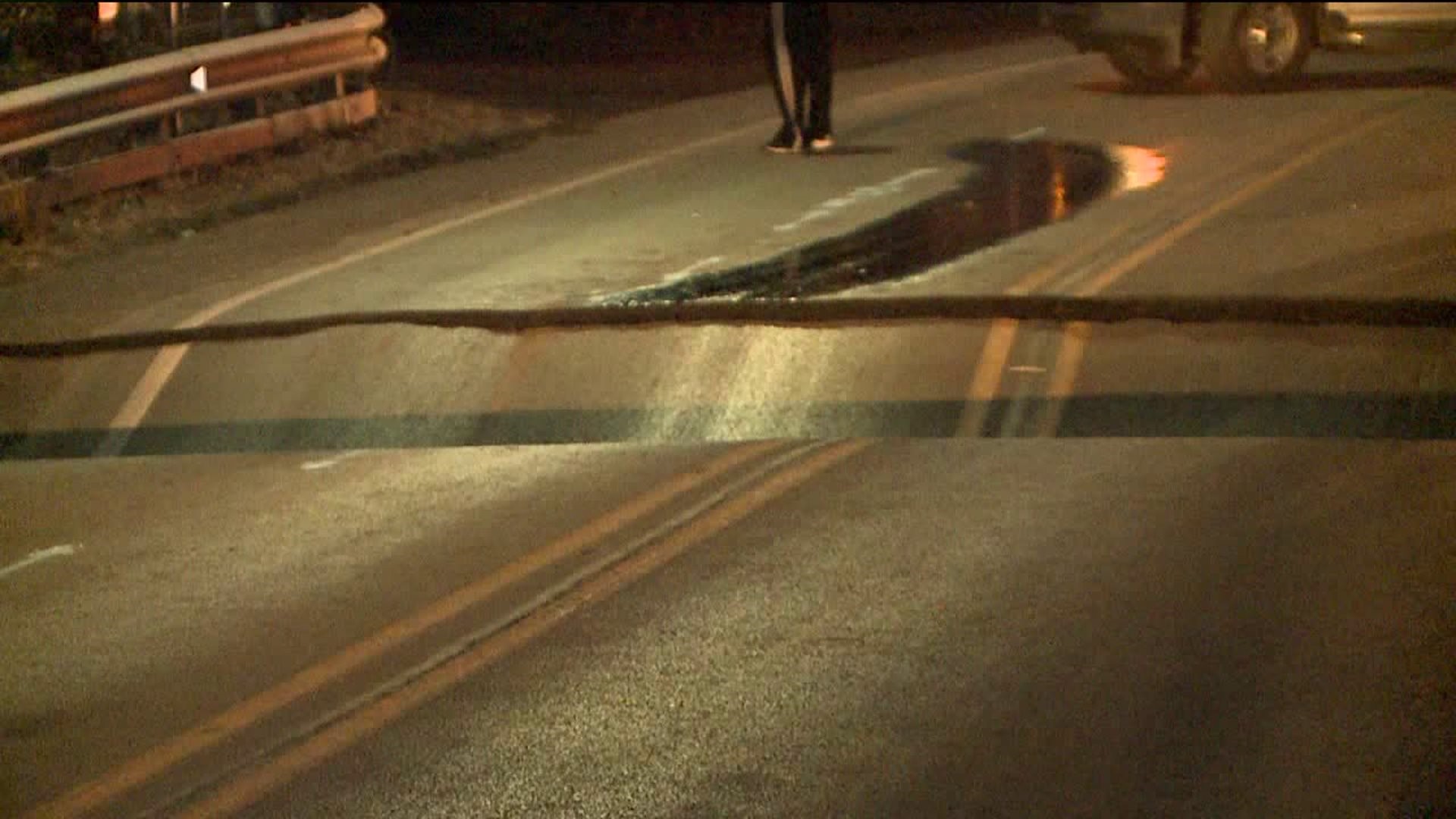 EXETER, Pa. -- A busy road in Luzerne County is closed after a water main break, and officials say it could take days if not weeks to repair the damaged road.

Part of Route 92 in Exeter, also known as Exeter Avenue, collapsed around 3:30 p.m. Saturday after officials say a water main broke under the road.

PennDOT says that the pipe that carries Hicks Creek under Route 92 seems to be intact, but the water main that runs over it burst Saturday afternoon causing the road to cave in.

Pennsylvania American Water is set to begin making repairs to the pipe at 7 a.m. Sunday. Once the water company is done, then PennDOT can get to work fixing the road.

Loss of water was the first sign of trouble for neighbors along the stretch of Route 92. Then the road caved in.

"I went to use the sink, and the water was trickling out. There was no pressure, nothing. And then I noticed everyone out here, came to see what was going on, and the road collapsed," said Heidi Dykins of Exeter.

The pressure from that water main break was so great, officials say it washed away part of the road under the surface, causing the pavement to collapse.

That caused major inconveniences for those who use the road.

"This is the major throughway for trucks and everything. For Keystone Automotive, for the back road to Tunkhannock, this is the main way," said Paul Skursky of Exeter.

While this is an inconvenience for many, borough officials say they're thankful the collapse happened when it did.

After about three hours, residents had their water turned back on, but the headache is not over.

"Because it was caused by the pipe from the water company that burst, the first step is to go in and make sure that pipe is fixed, make sure that doesn't burst again, that we don't have the same issue. Once that is fixed, that's when we will come in and do the repairs to the road," said PennDOT spokesperson James May.

While this repair is easier than fixing a bridge, PennDOT explains this project will take time to complete.

"We don't have a timeline just yet, but months from now, this road will not still be closed," May said.

No official detour has been set up by PennDOT yet, but borough officials expect that commercial vehicles will see about a three- to four-mile detour.

Right now, there's no timeframe when Route 92 might be back open.