LEHMAN TOWNSHIP, Pa. — A roundabout is slated for a heavily traveled road in part of Luzerne County. Even though PennDOT says the project is years away, i... 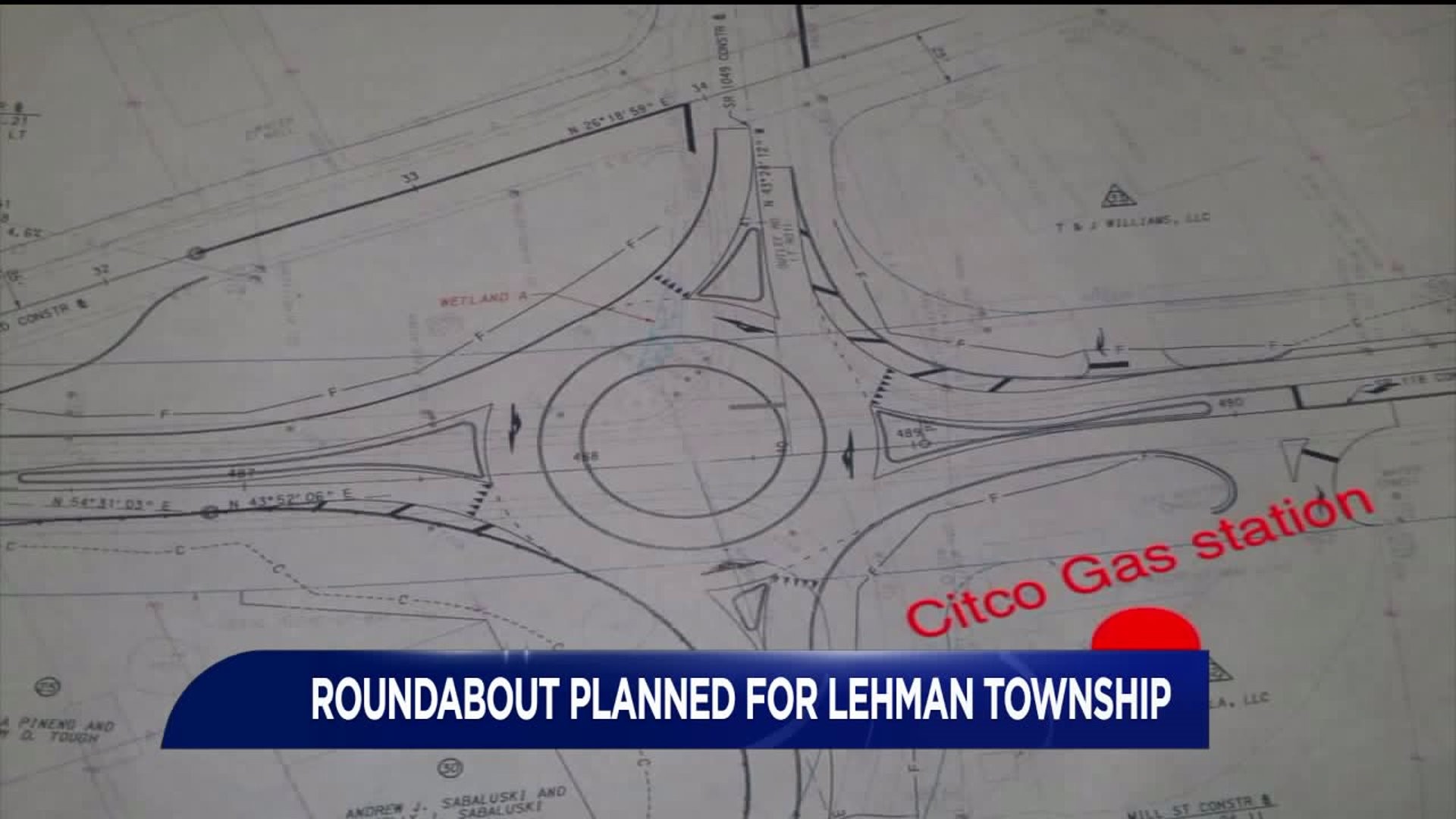 LEHMAN TOWNSHIP, Pa. -- A roundabout is slated for a heavily traveled road in part of Luzerne County. Even though PennDOT says the project is years away, it has people talking.

Roundabouts are popping up more frequently in several parts of our area. They are designed to make drivers slow down, thus leading to fewer wrecks.

"A lot of people are fired up. They come in here and they're not happy at all."

That seems to be the consensus among people we spoke with about a planned roundabout along Route 118 in Lehman Township. According to PennDOT, the project is in its initial stages and still years away. That hasn't kept people from talking about it in the Back Mountain.

"I don't really see the necessity for it. I think there are other ways to solve the solution. I know a lot of other people in the township are not exactly thrilled about it," said township resident Stephanie Pineno.

The roundabout would go in at the intersection of Route 118 and Mill Street. It's considered by PennDOT to be a safety project with hopes that it would limit crashes and force drivers to slow down.

"I don't think it's a heavily enough traveled area, to be honest with you, to worry about a roundabout. You have the schools back here, but the buses seem to be fine. I haven't heard about any accidents in the area," said Debra Wolff of Hunlock Creek.

Those we spoke with say they are not in favor of putting a roundabout in Lehman Township. Instead, they'd rather see money invested into fixing some of the roads in the area that are in poor condition.

"I think they should fix the roads first. That's why I'm against it. And I know I use the one in Dallas quite a bit and it's awfully confusing. With the buses going around there, just like the big trucks, the one up in Wilkes-Barre, a lot of people aren't going to be happy with it," Wolff said.

There's a meeting scheduled to discuss the roundabout on May 15 at the township municipal building where residents will be able to voice their concerns.