LUZERNE, Pa. — Police in Luzerne County are searching for the person who tied a rope across a popular walking trail. Officers say a bicyclist was injured ... 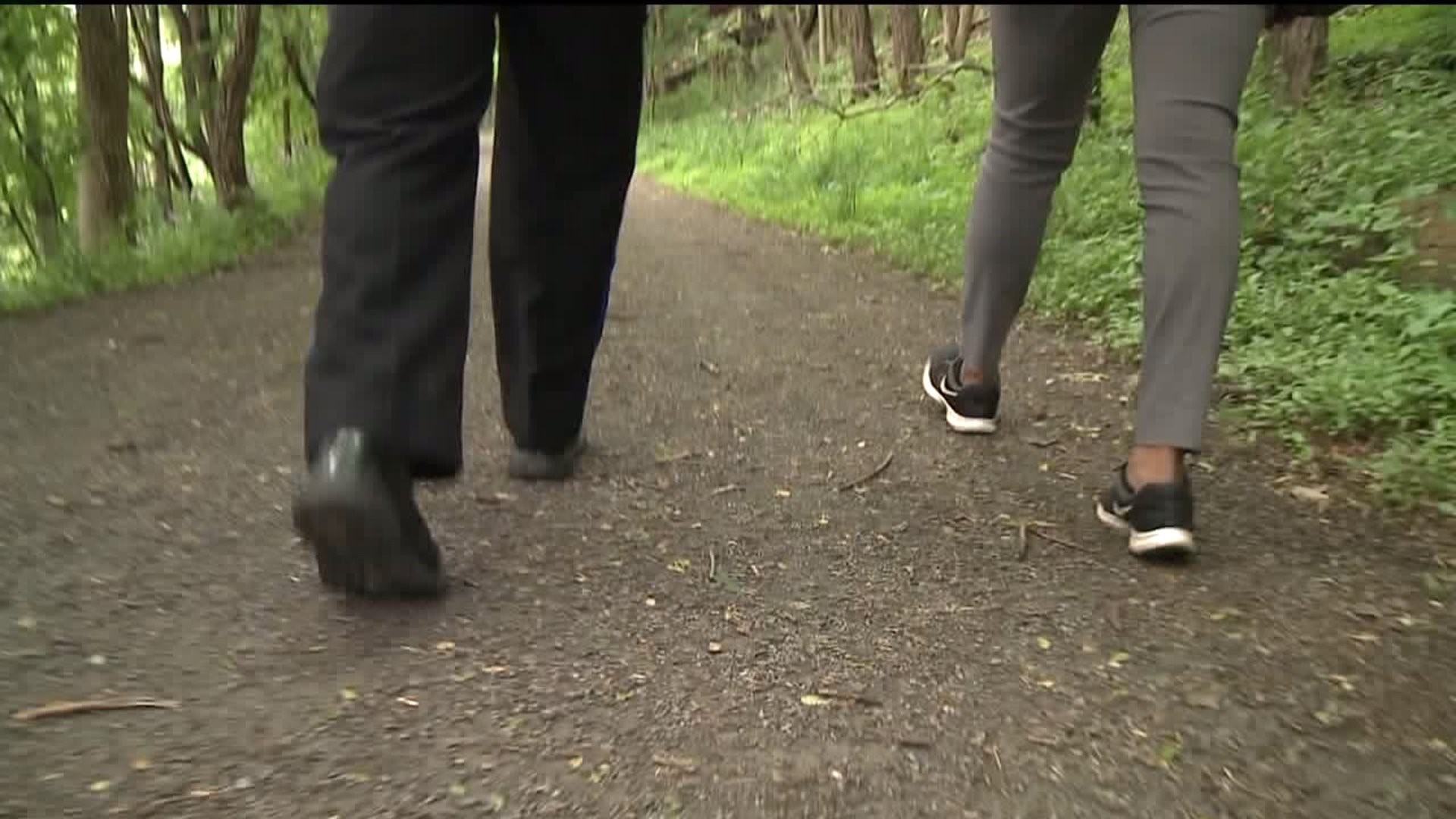 LUZERNE, Pa. -- Police in Luzerne County are searching for the person who tied a rope across a popular walking trail. Officers say a bicyclist was injured after riding into that rope Wednesday night.

Luzerne borough police have taken that rope down, but they are trying to figure out how it got there and if it was put there intentionally.

Luzerne Boro Police are investigating after a rope was found tied to a tree on the Back Mountain Trail. The rope was tied so it crossed the trail. Last night, a bike rider rode through the rope, causing injuries and damage to his bike. Police removed the rope today. @WNEP pic.twitter.com/yMoQha01FD

Susan Berdis of Shavertown takes her dog Missy for walks on the Back Mountain Trail in Luzerne all the time. But something happened on the trail recently that has her worried.

"My first reaction is, you know, because this is something that was for malicious reasons," Berdis said.

Police found a rope was tied across the trail.

Luzerne borough police say a man riding his bike discovered the rope as he was riding along the trail. He says the man ran into the rope.

"He has some scrapes on his arms, his legs, and his hip. His bike has some damage to it," said Luzerne Police Officer Brandon Bradshaw.

David Bass posted photos of his injuries on Facebook to warn others about what happened to him, saying, fortunately, he was wearing a helmet.

Police are looking into whether the rope was left there intentionally. Bass believes it was.

"Because of the way he stated it was strung across the trail and it was tied to a rock. That doesn't just happen on its own," Bradshaw said.

Luzerne police say they will be checking cameras on a business near the trail to see if that will give them any clues.

"If you look down here with the embankment that is so steep. it could cause serious bodily injury or possibly death."

Berdis is hoping police find out how the rope got there soon.

If you know anything about how the rope got on the trail, you're asked to call Luzerne police.