NANTICOKE — A dog in Luzerne County found itself in trouble Monday when it crawled onto the roof of a house. But it didn’t just happen once. The dog... 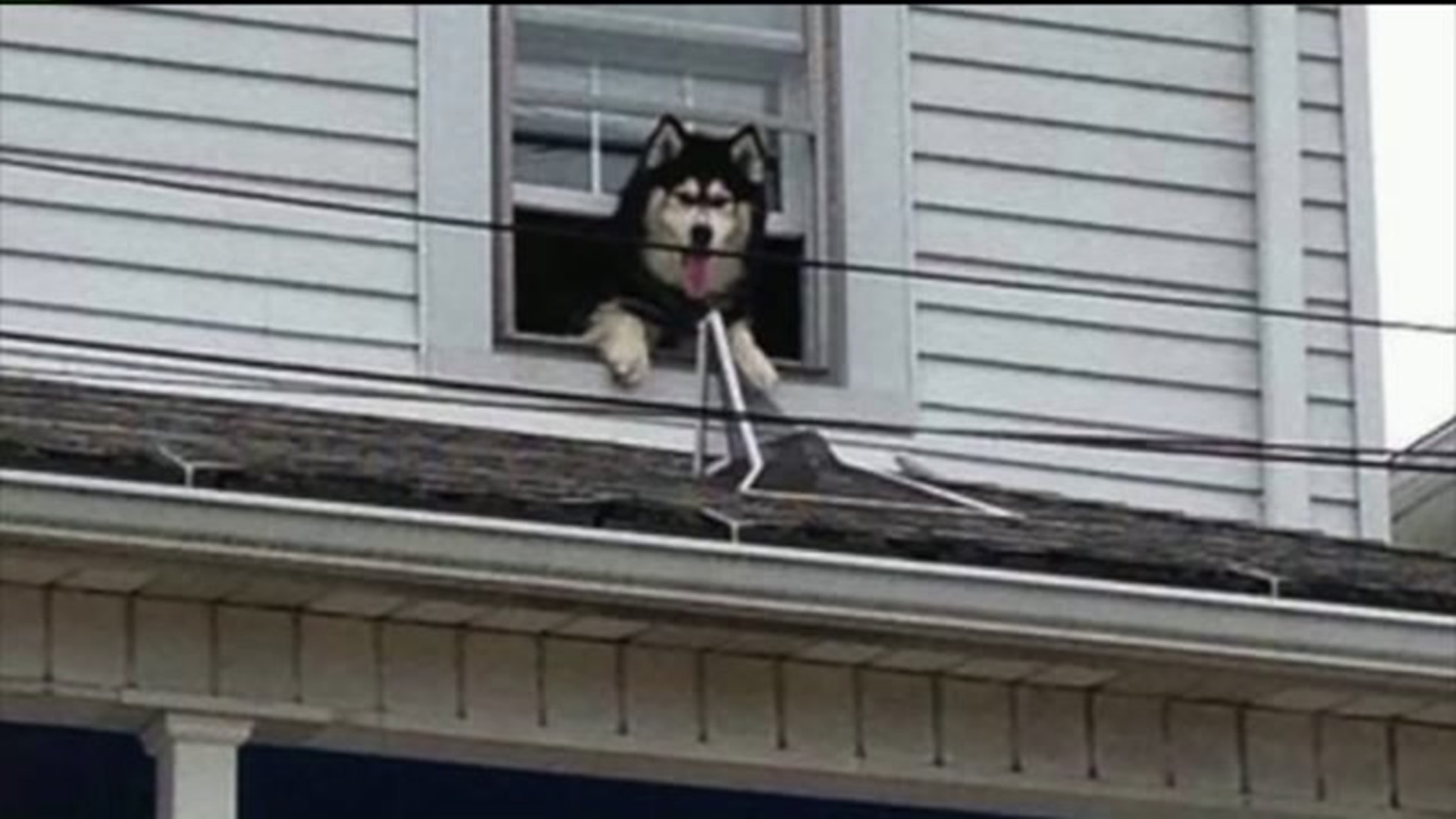 NANTICOKE -- A dog in Luzerne County found itself in trouble Monday when it crawled onto the roof of a house. But it didn't just happen once. The dog did it twice, all in one hour.

Firefighters in Nanticoke did not believe it at first when they were called to the same home twice, in a matter of minutes, for a dog on the roof. The dog's owner says it's not the first time this happened.

"I just came home and he's usually at the front door waiting. And the next thing you know I come home and I say, 'Maverick, where are you?' And there he is, running down the steps. I said, 'oh, no, what's he doing up there?"

The 45-pound Siberian Husky named Maverick managed to open a window, kick out the screen, and then climb onto the roof of this house on Enterprise Street in Nanticoke while his owner Kristin was running errands.

It prompted neighbors to call for help.

"Anything's possible, anything can happen here during this job," said firefighter Dane Aukstakalnis.

"Very friendly," added firefighter Keith Munson. "Very, very friendly, so it was very easy to coax him back inside."

Maverick's owner says this has happened before.

"We got him from a lady and she said he's a magician. He did that to her before."

But what has not happened before is Maverick walking out onto the roof twice in an hour while Kristin was away, prompting more calls for help to the Nanticoke Fire Department.

"It seemed impossible, but not surprising. We pulled up, there was the dog just looking at us," said Nanticoke Fire Captain mark Boncal.

When we talked to Maverick's owner, she was not aware it happened twice.

"I was gone about an hour. I didn't even know that!"

She plans to lock her windows when she leaves. She also appreciates the Nanticoke Fire Department coming to help her dog Maverick.