Roads Shut Down During Standoff in West Pittston

WEST PITTSTON, Pa. — After a standoff that lasted for more than four hours on the corner of Wyoming and Erie Avenues in West Pittston, state police decide... 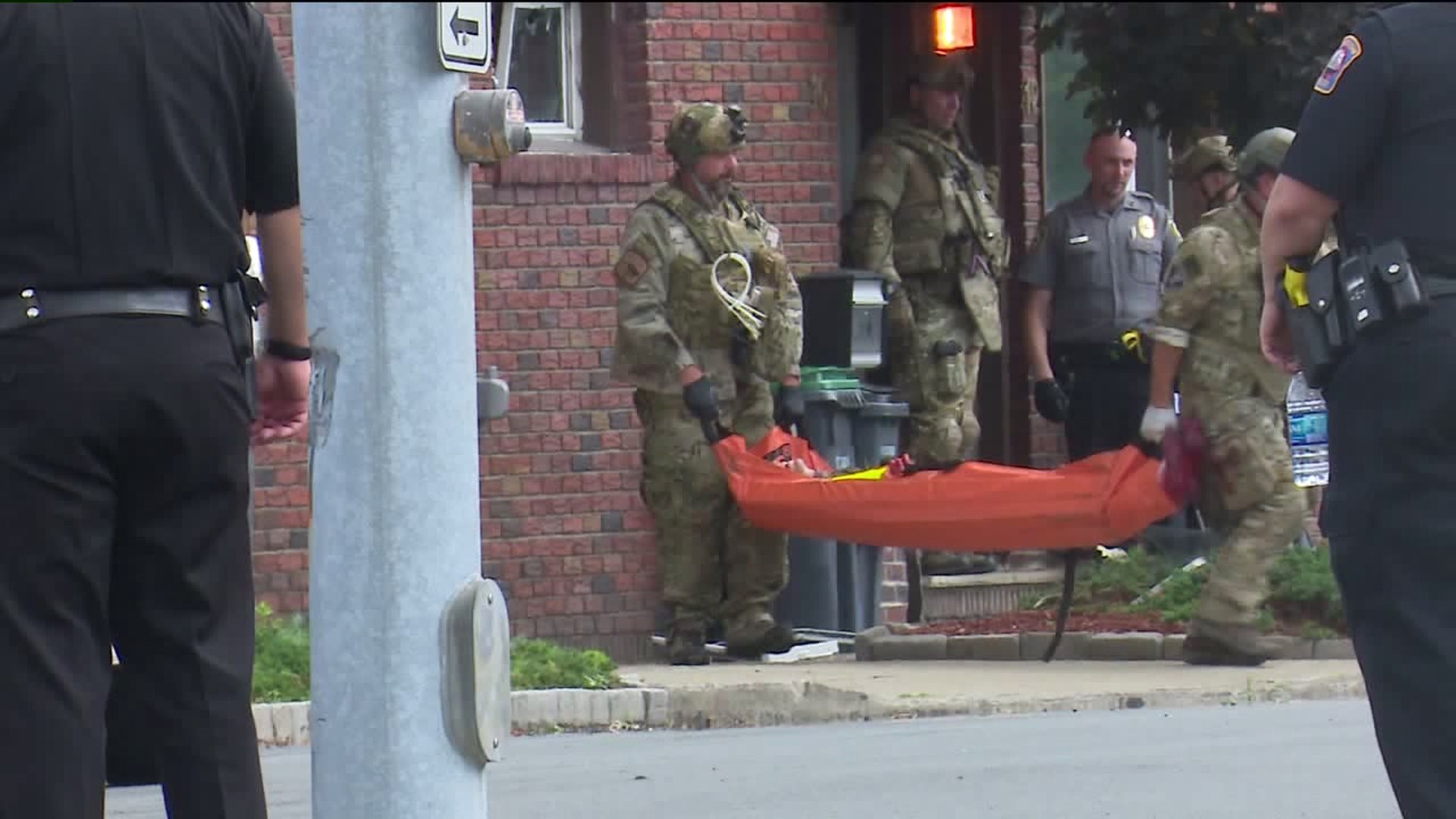 WEST PITTSTON, Pa. -- After a standoff that lasted for more than four hours on the corner of Wyoming and Erie Avenues in West Pittston, state police decided 'enough is enough' and made a move.

According to investigators, a man was holding his girlfriend hostage inside an apartment building, forcing several streets in West Pittston and Exeter to shut down.

That man, Robert Hospodar took to Facebook writing, "Cops are at my door with M16s. Told them if they kick the door in, I'm shooting."

He continued by writing, "Kristin Pilcavage is at my side, goodbye."

The scene attracted several bystanders to look on and forced people in the apartment building and along the block to leave their homes.

"I came out to get some breakfast for the boys this morning and I saw guns drawn, wondering what was going on. I got some intel that it was a problem with one of my neighbors downstairs. We weren't really in danger, but certainly some excitement this morning. Absolutely," said Thomas Carey, West Pittston.

Just after 2:30 p.m., after hours of trying to get Hospodar to surrender peacefully, troopers with the special emergency response team forced their way into the house.

Hospodar, badly injured but still alive, was taken out in a reeves.

He was then taken to a local hospital.

Moments later, Pilcavage was brought out as well and taken away in an ambulance.

According to police, officers went to the home in the morning to serve Pilcavage an arrest warrant for failure to appear in court on drug charges.

When the landlord tried to give police access to the building, the locks were changed.