Patricia Walski's body was found at their home in Larksville. She had been shot in the head 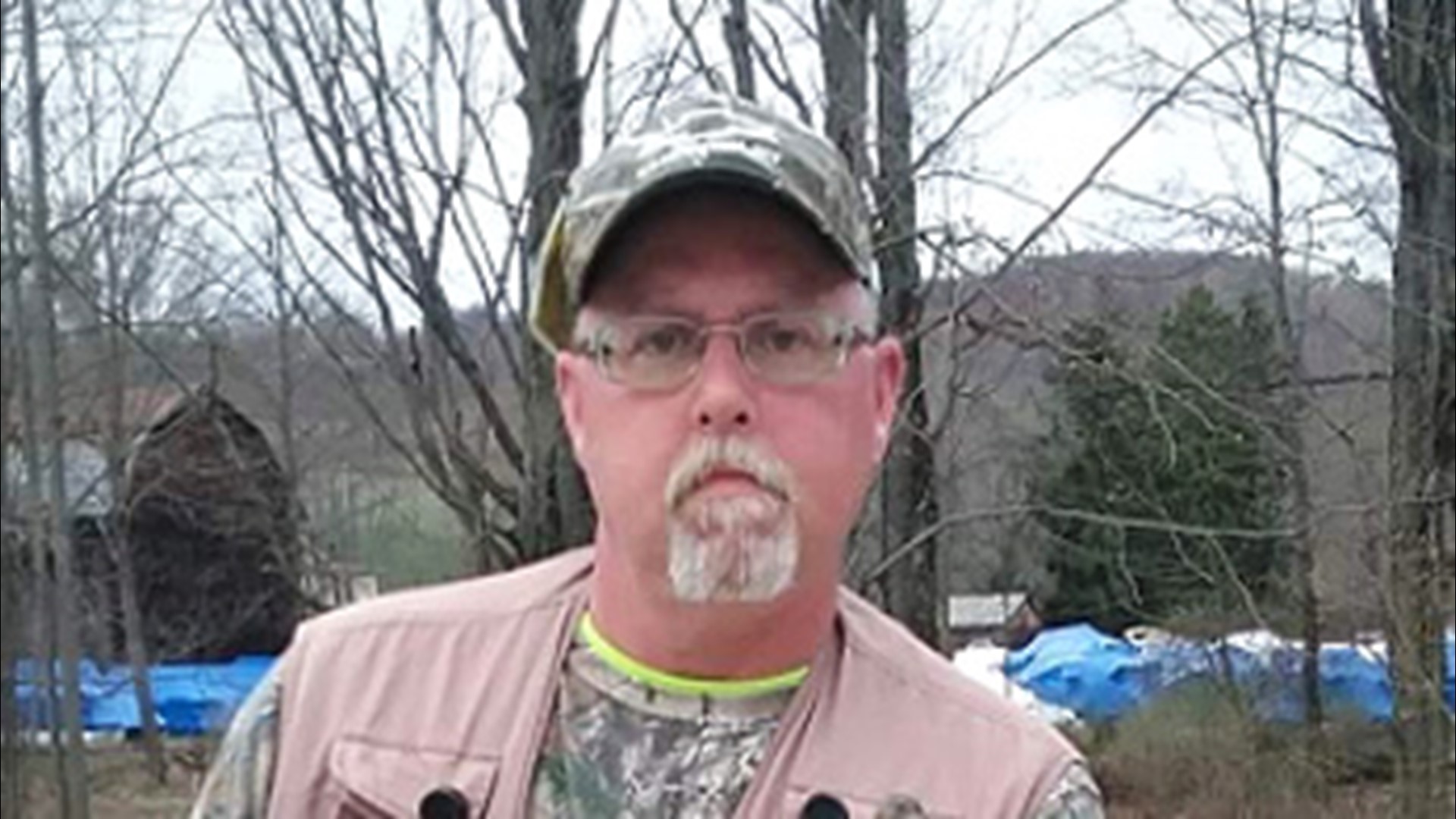 LUZERNE COUNTY, Pa. — State police are searching for a Luzerne County man, now officially charged with killing his wife. The victim's husband is now charged with her homicide, but police don't know if he is still alive.

Investigators said they compiled enough evidence to charge Richard Walski of Larksville with his wife's murder. Police have not been able to locate Walski, but at a news conference Tuesday, they gave information that indicates he could still be alive and hiding.

State police searched the Susquehanna River near Nanticoke for evidence that could lead to finding Walski.

Walski is now charged with the murder of his wife, Patricia Walski, age 38. She was found shot to death and stuffed inside a garbage bag inside the couple's home in Larksville after a welfare check on August 13.

"When police arrived, they immediately noticed the odor of human decomposition, and in a search of the residence uncovered Patricia's body behind a door that had been secured with screws," said Luzerne County District Attorney Stefanie Salavantis.

While investigators think their search could lead to finding the body of Richard Walski, there is evidence that suggests he could still be alive and hiding with someone.

Police released information about Walski's behavior leading up to the murder of his wife.

"The investigation has also shown Walski has liquidated items of personal property prior to the homicide. The items included a vehicle, firearms, his fishing boat, and the engagement ring of Patricia Walski, which he sold on July 30 of 2020."

A search of the home in Larksville showed that Walski's passport and several firearms are missing. Police found an iPad of Walski's that was wiped clean of information, but through email records and interviews, police know Walski was active on dating and adult websites.

"Walski should be considered armed and dangerous," Salavantis said. "Investigators have undertaken numerous investigative steps to locate Richard Walski since August 13. To date, Richard Walski has not been located."

If you have any information about the whereabouts of Richard Walski, you are asked to contact state police at 570-697-2000.