The dog belonging to the man turned up in Nanticoke on Monday. 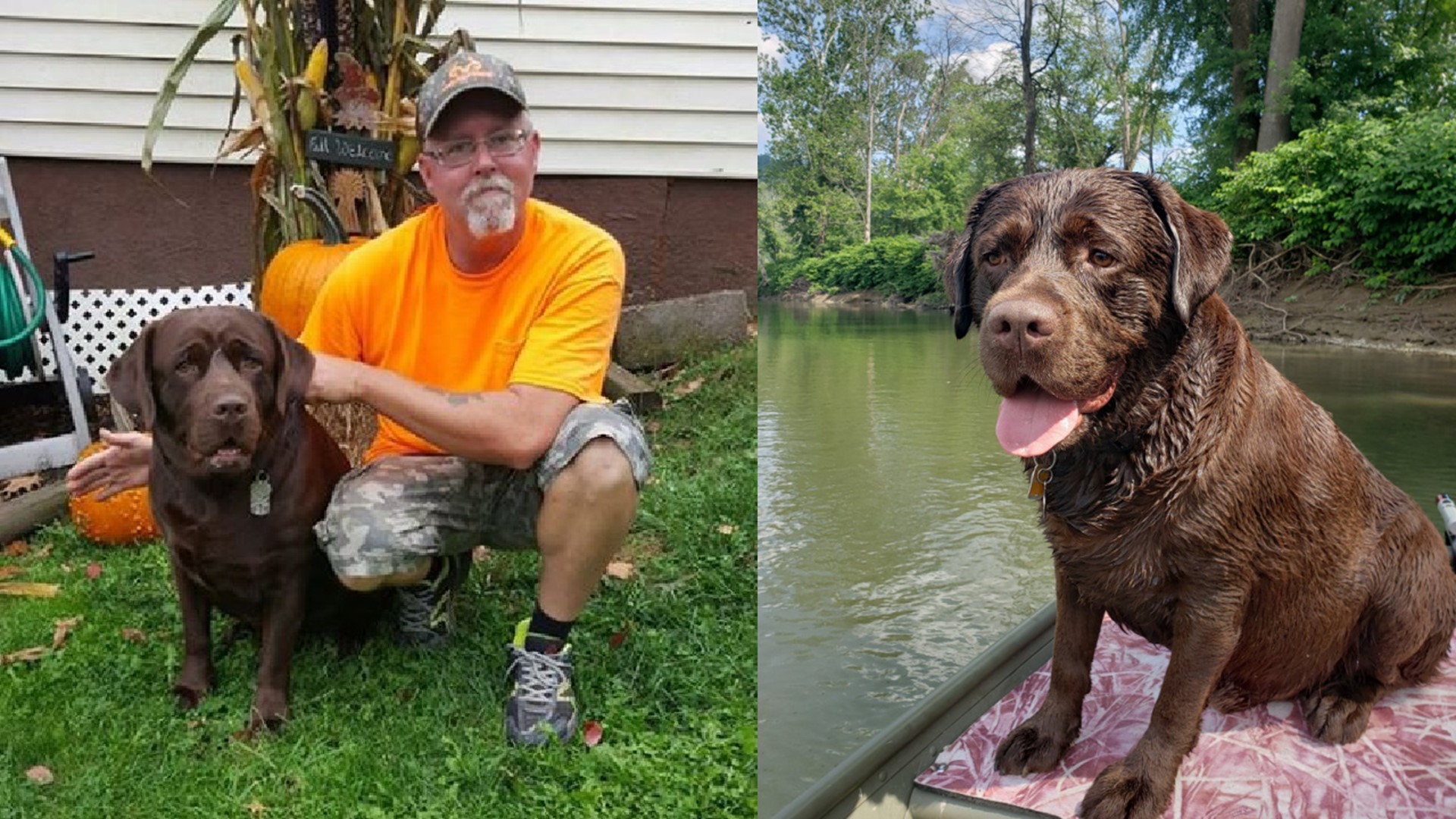 NANTICOKE, Pa. — There are new developments in a homicide case in Luzerne County.

Police have been searching for Richard Walski and his dog Yukon since a woman was found shot to death at his home in Larksville earlier this month.

Investigators were back near the Nanticoke / West Nanticoke Bridge on Tuesday where state police were searching the day after that woman's body was found. Investigators believe the victim is Walski's wife Patricia. Now, they are back looking for Richard Walski.

Overnight his dog, a 5-year-old chocolate lab named Yukon, turned up in Nanticoke.

"He came up to us, he was really friendly so we started petting him. The kids were all outside and he walked up on my porch, so I fed him and watered him. He's a good dog, listens very well, and I posted it on Facebook because it didn't dawn on my like, 'Oh, my God, that's that guy's dog,'" said Danielle McKeel.

McKeel said he kept trying to pull her in the direction he came from, only a few hundred yards past a no outlet sign is the river.

"He was soaking wet. He smelled really bad, drooling really bad like you could tell he was hungry, he was thirsty."

He had porcupine needles in his nose. She says state police checked him over for evidence and are returning him to family members from New York.

It was back along the river near where the dog was found where troopers continued their search for Walski. They searched along the train tracks with a helicopter and on boats along with a state police cadaver dog.

While state police are not saying if they believe Walski is dead or alive, McKeel and her family are thankful his dog was found unharmed.

"When I realized, like, 'Oh. my God, this is Yukon,' my heart just dropped. I was happy but I was scared at the same time. Oh, my God, what if the owner is somewhere around. You never know you know? You don't know. So it was a happy moment but a scary moment all in one," Danielle McKeel said.

(2/2) No word yet on the whereabouts of Richard Walski. Investigators are still looking for him after a woman was found shot to death in his Larksville home. Anyone who has seen Richard Walski between July 31, 2020 and present are asked to call PSP Wyoming at 570-697-2000 @WNEP pic.twitter.com/qVhsnRAVOi