Return of the Wilkes-Barre/Scranton Penguins

Fans say hockey without fans in the stands is better than no hockey at all. 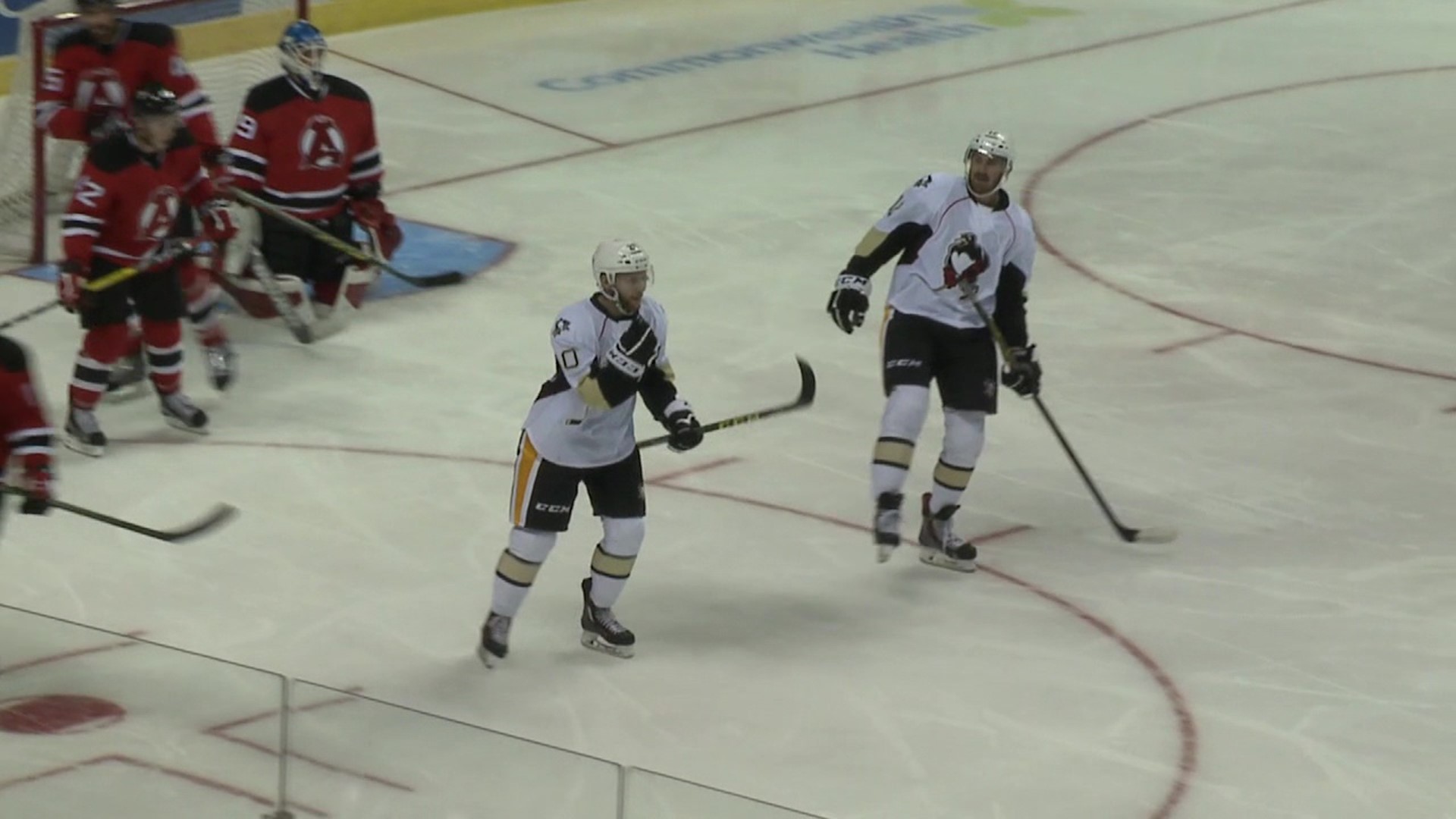 LUZERNE COUNTY, Pa. — Kathy Thomas of Edwardsville says that, in 21 years, she's only missed seven home games for the Wilkes-Barre/Scranton Penguins. Last year's season for the team ended abruptly because of COVID-19, and Thomas says she's had to get her hockey fix elsewhere.

"I've been watching the juniors. USA is playing Canada for the gold tonight, so I'll be in front of the TV watching that," explained Thomas. "Any kind of hockey, I watch past hockey games, just to get some hockey, you know? I go on the AHL site, and you can watch games from last year or the year before."

Jason Iacona is also a big fan and says life without hockey has been rough.

"That's been a challenge because you want to, obviously, go to break up the monotony of, like, working and everything else," said Iacona. "You don't realize what you have until it's gone, so you want to be able to get back to the arena when it's safe."

On Monday, the Wilkes-Barre/Scranton Penguins announced the team would be returning to the ice with a shortened 32-game season, running from early February through mid-May.

Fans will not be permitted into arenas to watch the games, at least not in the beginning, but the games will be aired on the AHL network. A subscription has been gifted to season ticket holders.

"Safety of fans, players, and staff. I mean, you don't want to have a situation where you go back for the sake of going, and it's like, 'Oh, no, we had someone test positive,' and then contact tracing and everything else like that. You have 5,500 people or 3,500 people, you know, and then they all go and get COVID test, so safety first, obviously."