ASHLEY, Pa. — Plans to tear down an old railroad bridge in Ashley have members of the community working hard to save it. Trains used to bring coal across ... 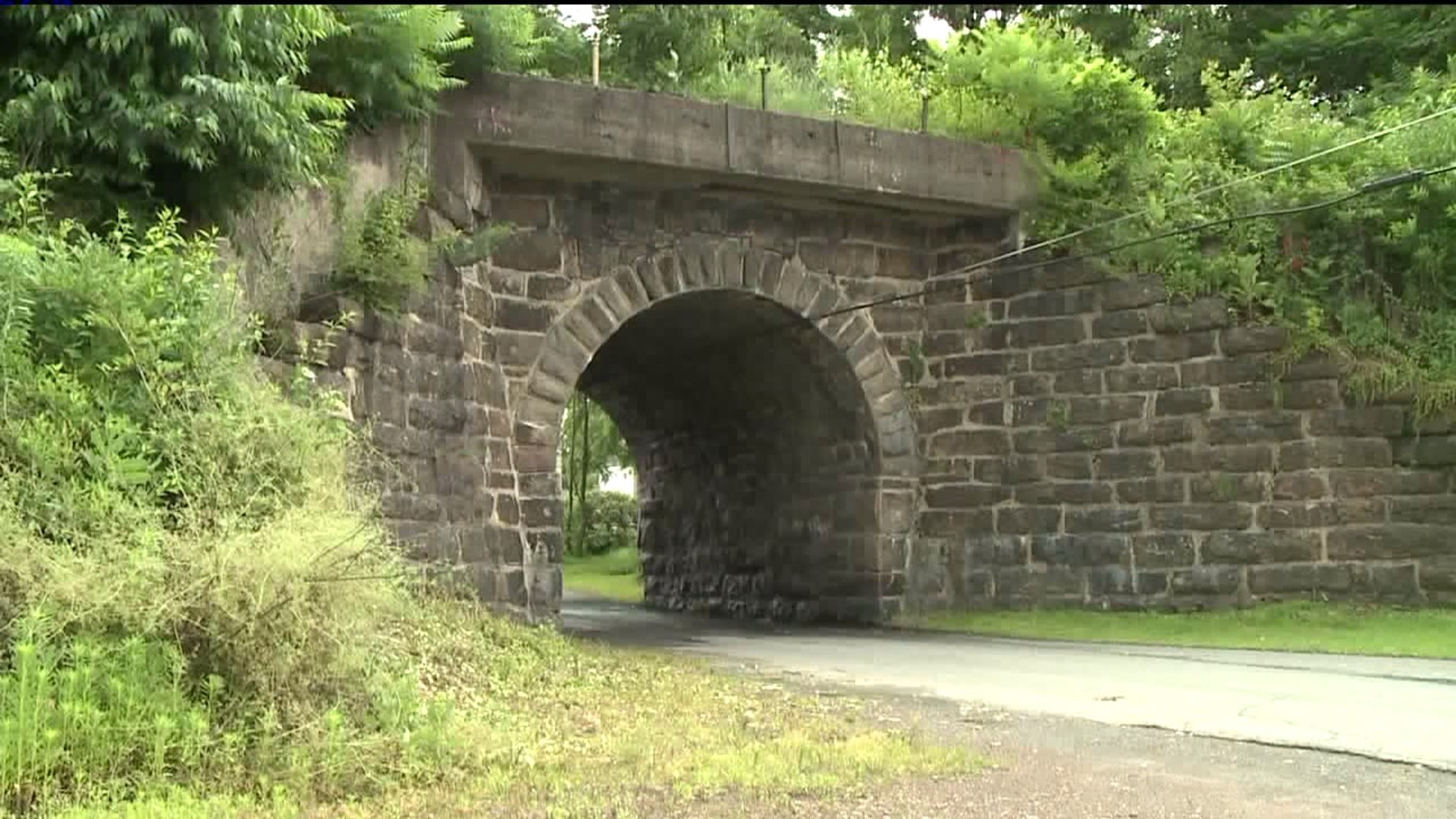 ASHLEY, Pa. -- Plans to tear down an old railroad bridge in Ashley have members of the community working hard to save it.

Trains used to bring coal across a bridge above Culvert Street in Ashley to the Huber Breaker. While some borough residents feel the bridge is now a safety hazard, others say the bridge holds too much sentimental value to tear down.

That's just one fond memory residents in Ashley have about this old railroad bridge.

"We love this bridge. We just love it, and it's us. It's a part of us. It's our heritage. It's a sign of our parents and grandparents," said Polly Zardecki of Ashley.

That's why these neighbors were upset when they heard there were plans to tear it down.

"Heartbreak. We don't want it torn down," added Heller.

The Luzerne County Redevelopment Authority says some Ashley Borough leaders came to it, asking to tear the bridge down for safety concerns, so the authority applied and won close to a $98,000 grant, funded by casino money, to do so. But it turns out not all members of the community felt the same way.

"We were devastated to hear that it may be coming down," said Zardecki.

"We've gone to them since and they are open to giving the property to a nonprofit organization, and they have agreed to do that," said Ashley Borough councilmember John Gibbons.

Now, residents who want to save the bridge say they've been given 30 days to prove to the authority that they are going to start a nonprofit.

Residents who want to save the bridge have until the next council meeting in July to show the Redevelopment Authority that they are making the proper steps to start a nonprofit. That's not the deadline to get one up and running. Should they be successful in saving the bridge with a nonprofit, the authority says it will try to use the grant money for other projects in Luzerne County.