UNION TOWNSHIP, Pa. — Crews were back here on Route 239 near Shickshinny Monday morning, once again oiling and chipping. Last month, they tried it, but so... 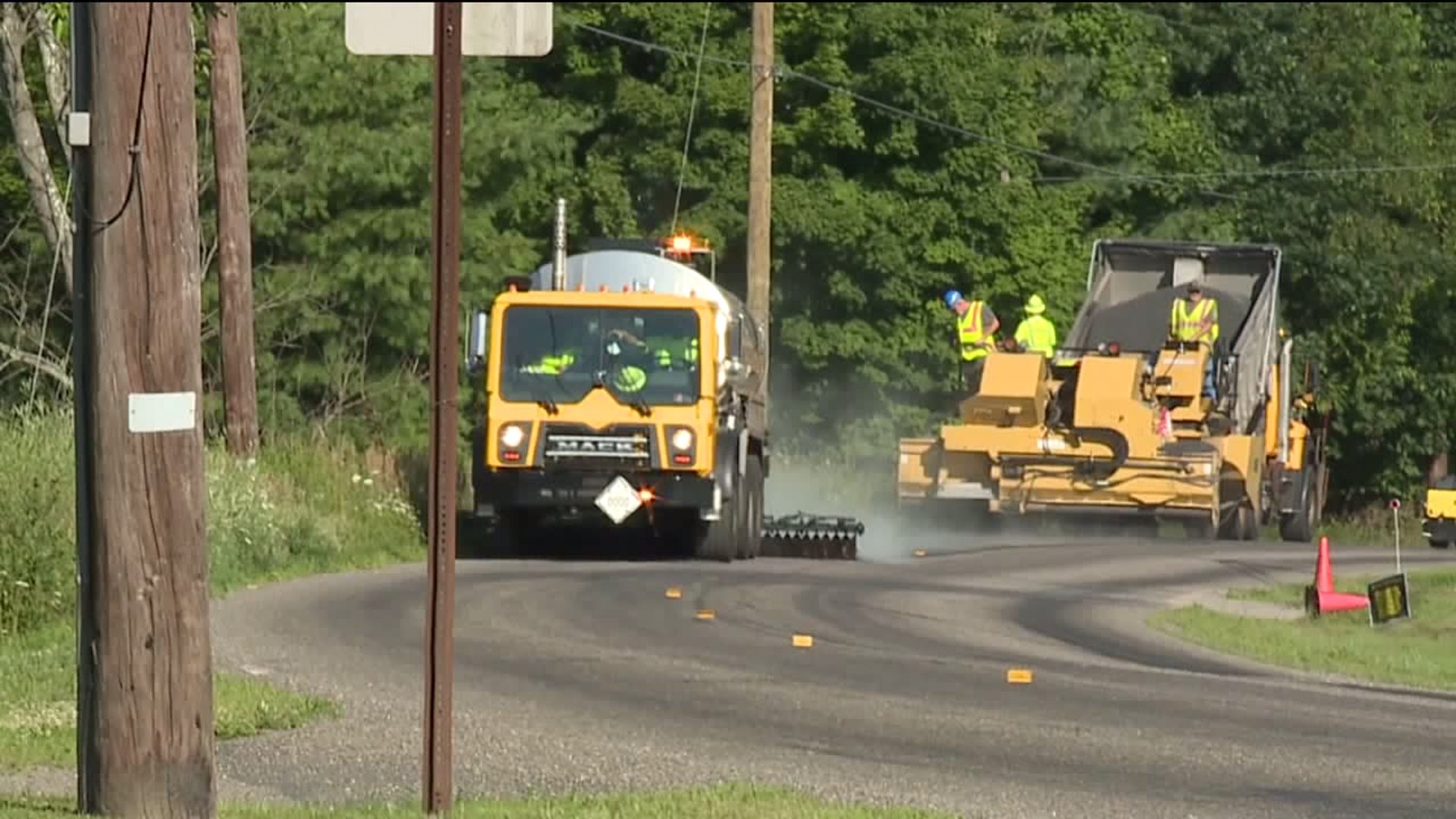 UNION TOWNSHIP, Pa. -- Crews were back here on Route 239 near Shickshinny Monday morning, once again oiling and chipping.

Last month, they tried it, but something went wrong: the mixture did not set.

People who drove through had tires and vehicles coated in oil.

"We just had a lady we put 4 new tires on two hours prior, she called and said there`s a problem with her tires. After talking with her she said she drove through that so we had her come down and we reinspected the tires for her," said John Curcio of Steve Shannon Tire and Auto Center in West Nanticoke.

"I've been doing this for 40 years. Never seen that. Hopefully, they got it down right, we won`t have any problems, but you know things happen."

PennDOT sent the oil off to be tested. There is no word on the results.

Drivers who had damaged vehicles can apply for PennDOT to cover their costs.

"Yes, I am ready for this road to be done. This is one that's had a lot of attention unfortunately and it wasn't good," said James May, PennDOT spokesman.

PennDOT says crews will continue to check materials before jobs.

"It was a mess out here that day. I ended up losing business because of it, my customers couldn't get here. They had to close the road. I did put a file on PennDOT but have not heard anything yet on it," said Zeb Minikiewicz of Zeb's Auto Service.