TRUCKSVILLE, Pa. — Late last week, cooks at a restaurant in Luzerne County made an interesting discovery. They found an exotic pet stranded in a tree abov... 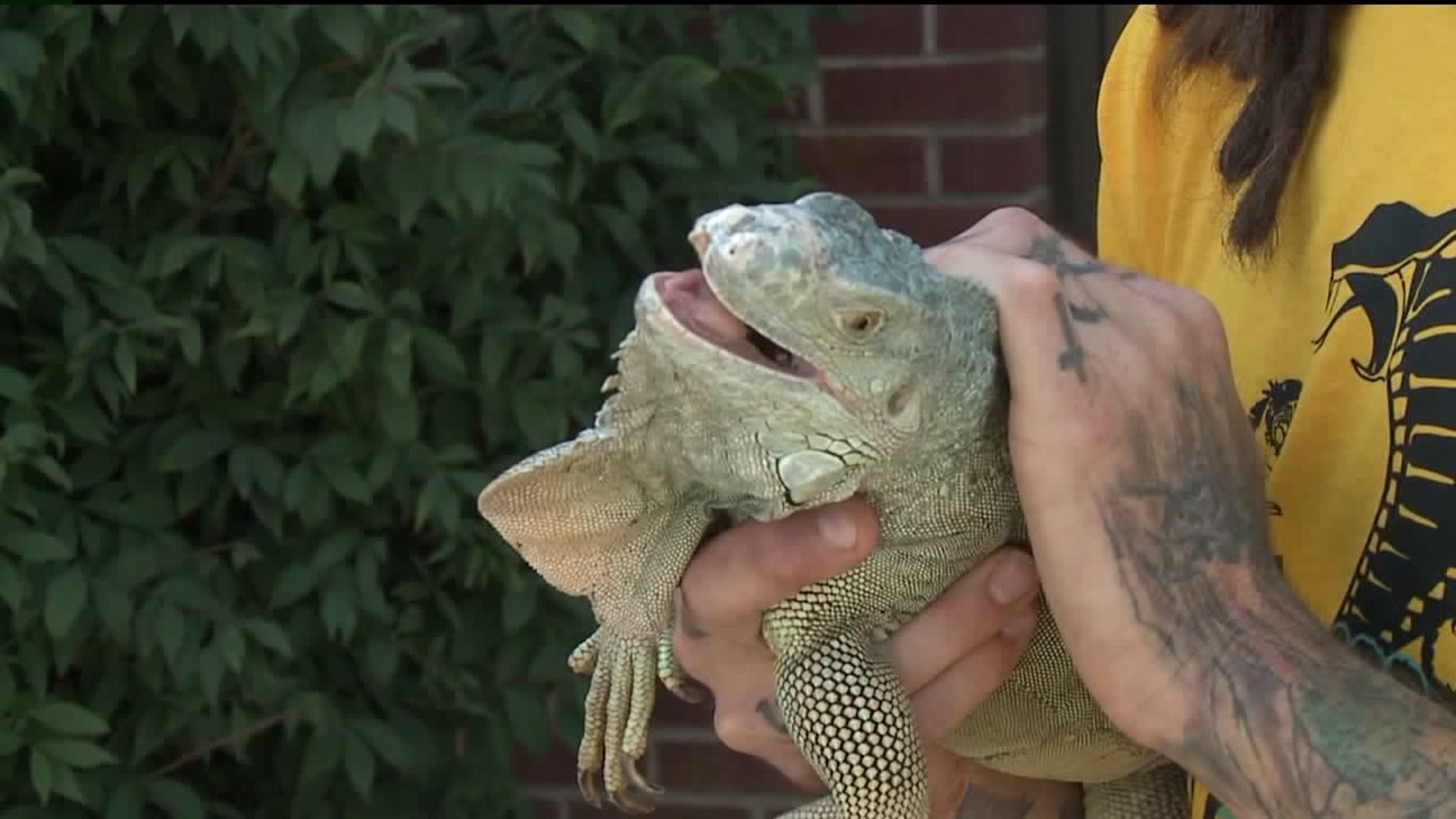 TRUCKSVILLE, Pa. -- Late last week, cooks at a restaurant in Luzerne County made an interesting discovery. They found an exotic pet stranded in a tree above its parking lot.

Cooks inside The Checkerboard Inn in Trucksville were getting ready for a busy weekend when someone came into the kitchen and asked if they were missing an iguana.

"That's a very odd question to be asking at 1 o'clock in the afternoon," explained Hunter Hill, a cook at The Checkerboard Inn. "So, we're like, 'are you sure you saw an iguana?' And he's like, 'yeah, I almost hit it with my car.' And then we went out, he pointed to it, and there she was at the top of the pine tree."

Staff at the restaurant tried to lure the reptile with lettuce but failed. So, so on Thursday afternoon, they called Cameron English, who runs an exotic pet store in the Wilkes-Barre area.

"Unfortunately, I see it at least once a week with some animal that's not supposed to be out there, an animal from another continent that cannot withstand our temperatures, yes," said Cameron English, owner of CDE Exotics.

Cooks at The Checkerboard Inn tell Newswatch 16 it was a pine tree near the restaurant where they had to rescue the iguana. They tried to climb the tree to retrieve it, but it kept going higher and higher. Eventually, they had to back up a van and place a ladder on top of it to get high enough to rescue it.

"It was interesting. I didn't think anyone would really go to that extreme to get something out of a tree, but I guess you see something new every day," adds Hill.

"Yeah, you generally don't get your hands on them its uh this is the 5th call I've gotten and the first one I've received just this summer so um they're fast, they're fast," explained English.

English says the iguana was in pretty rough shape, with some infections and a broken tail. He plans to nurse it back to health and use it to teach others about how to care for a pet like this.

But English says this isn't the only renegade reptile in the Back Mountain. He's been working with an owner to try to find another iguana.

"He's seen it up there, and he just can't get his hands on it, and I couldn't get my hands on it so yeah it's up in Trucksville somewhere," English said.