Remembering the Revolutionary War Battle of Wyoming Like it Was Yesterday

WYOMING, Pa. — Part of the fight for our country’s independence took place in Luzerne County. The Battle of Wyoming killed 300 patriots in 1778. Some of t... 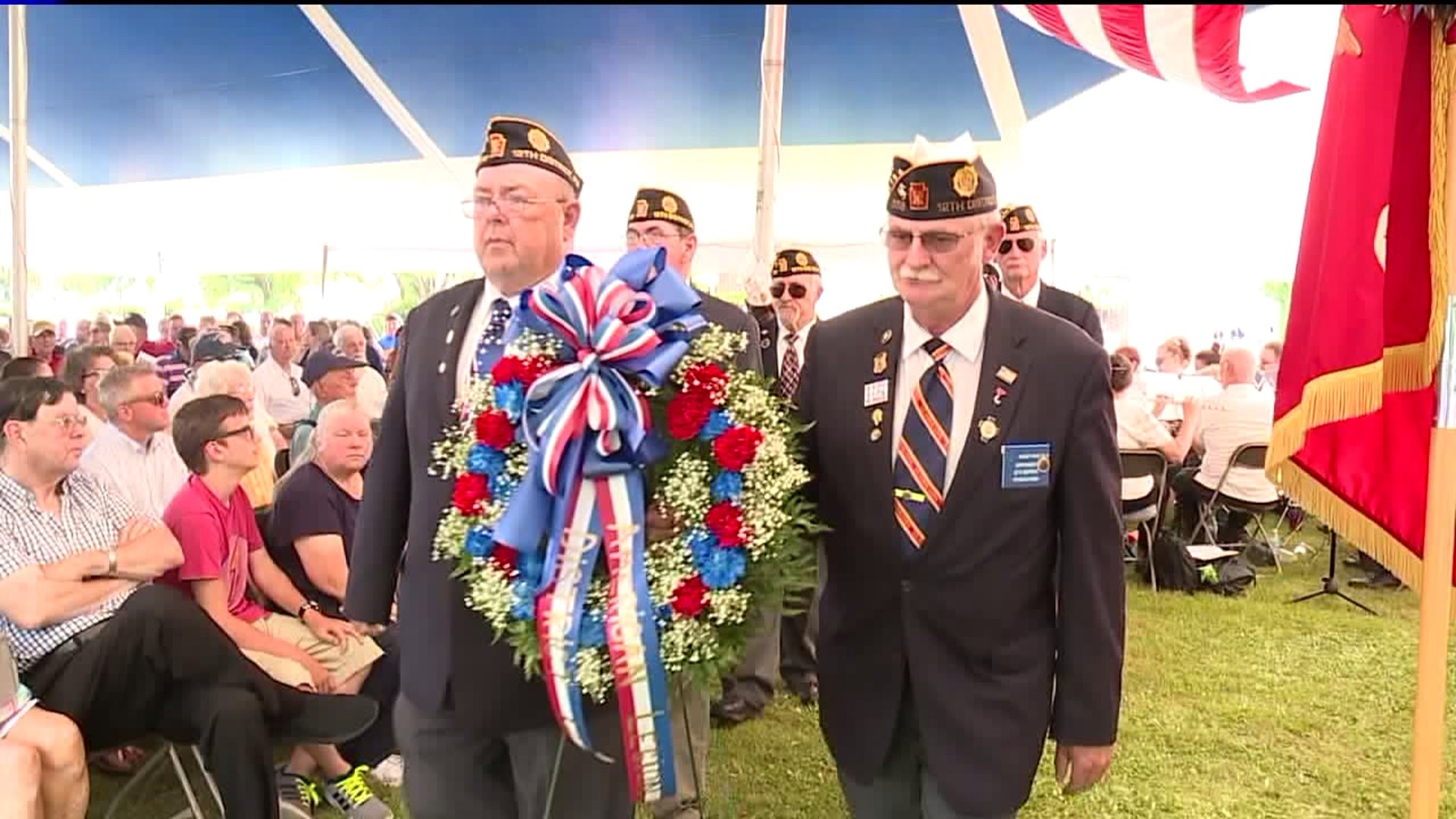 WYOMING, Pa. -- Part of the fight for our country’s independence took place in Luzerne County.

The Battle of Wyoming killed 300 patriots in 1778. Some of their descendants still live in the area and remember their past every Independence Day.

James Davenport carried on that meaningful family tradition with his 3-year-old son Luke at a special ceremony in Wyoming.

“We're patriotic. We love our country, and people sacrificed to make it the way it is right now. We absolutely love it. We remember them, and we get choked up and we celebrate their sacrifice,” Davenport said.

Hundreds of people, most from Luzerne County, watched as the wreaths were placed at the Wyoming Monument. It really meant a lot for the descendants of revolutionary soldiers.

“Awesome doesn't even describe it. To know that my ancestors literally died defending this land fighting for our freedom is phenomenal. There's just no words,” Heather Ruseskas said.

The ceremony has become a family tradition for plenty of people around the Wyoming Valley on Independence Day.

“I've been coming here since I was a little kid. My father was bringing me when the Stegmeier men actually used to shoot real .22 blanks at that time,” Bob Chipego of Swoyersville said.

Even though the Battle of Wyoming was 240 years ago, people remembered it like it was just yesterday.

“I think history is our story. If we forget it, that's a sad thing. I think it's important to honor the people who fought and died here,” Revolutionary War reenactor Dave Hopfer said.

The actual Battle of Wyoming took place on July 3, 1778. People in Wyoming have been remembering their sacrifice for the last 140 years.

“They didn't have weapons like we have today. I mean, they were lucky if they had a gun,” Wyoming Monument Association President Marcella Starr said.

No matter your story, people just hope you have a happy Fourth of July.