Remembering the Battle and Massacre of Wyoming

WYOMING, Pa. — Thursday marked the anniversary of the signing of the Declaration of Independence, but in one part of Luzerne County, a celebration focused... 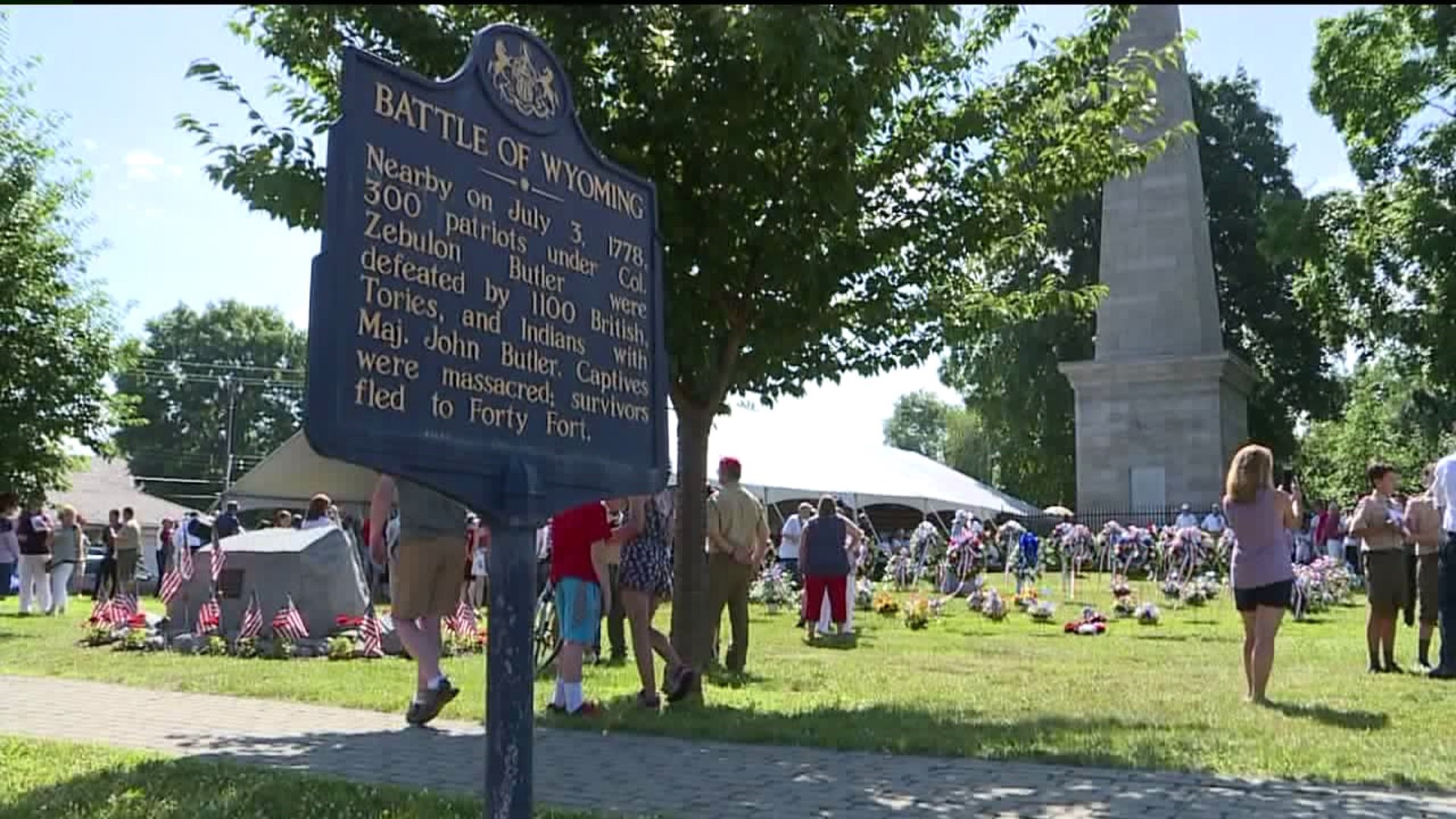 WYOMING, Pa. -- Thursday marked the anniversary of the signing of the Declaration of Independence, but in one part of Luzerne County, a celebration focused on another important event in the American Revolution.

People packed the lawn around the Wyoming Monument in Luzerne County for the 141st Annual Commemorative Service of the Battle and Massacre of Wyoming.

The event in honor of those who fought in that battle kicked off with patriotic songs, a presentation of the colors, and included demonstrations by Revolutionary War reenactors.

"We love it. And a lot of people who are just interested in history come here as well. We like it because they ask questions and they learn," explained Jeff Smith, a reenactor from Shavertown.

These soldiers say the heat on a sunny day like today is tough, but it's worth it.

"Some of our members in our group do have ancestors who really were at the Battle of Wyoming and did die in the battle aftermath," added Smith.

People attending the ceremony tell Newswatch 16 it's special to have an educational tradition like this happen every year so close to home.

"We thought it was good to show them the patriotic events going on here at the monument," said Lou Spaciano of Shavertown.

The message was not lost on these children. They say they understand celebrations significance.

"It's just amazing that they're all respect our country. it's very nice," added Tyler Spaciano.

Organizers for the event say that take away is what this effort to remember history is all about.