TUNKHANNOCK, Pa. — Human remains found in the Susquehanna River in Luzerne County last week have been identified as Haley Lorenzen, the woman who disappea... 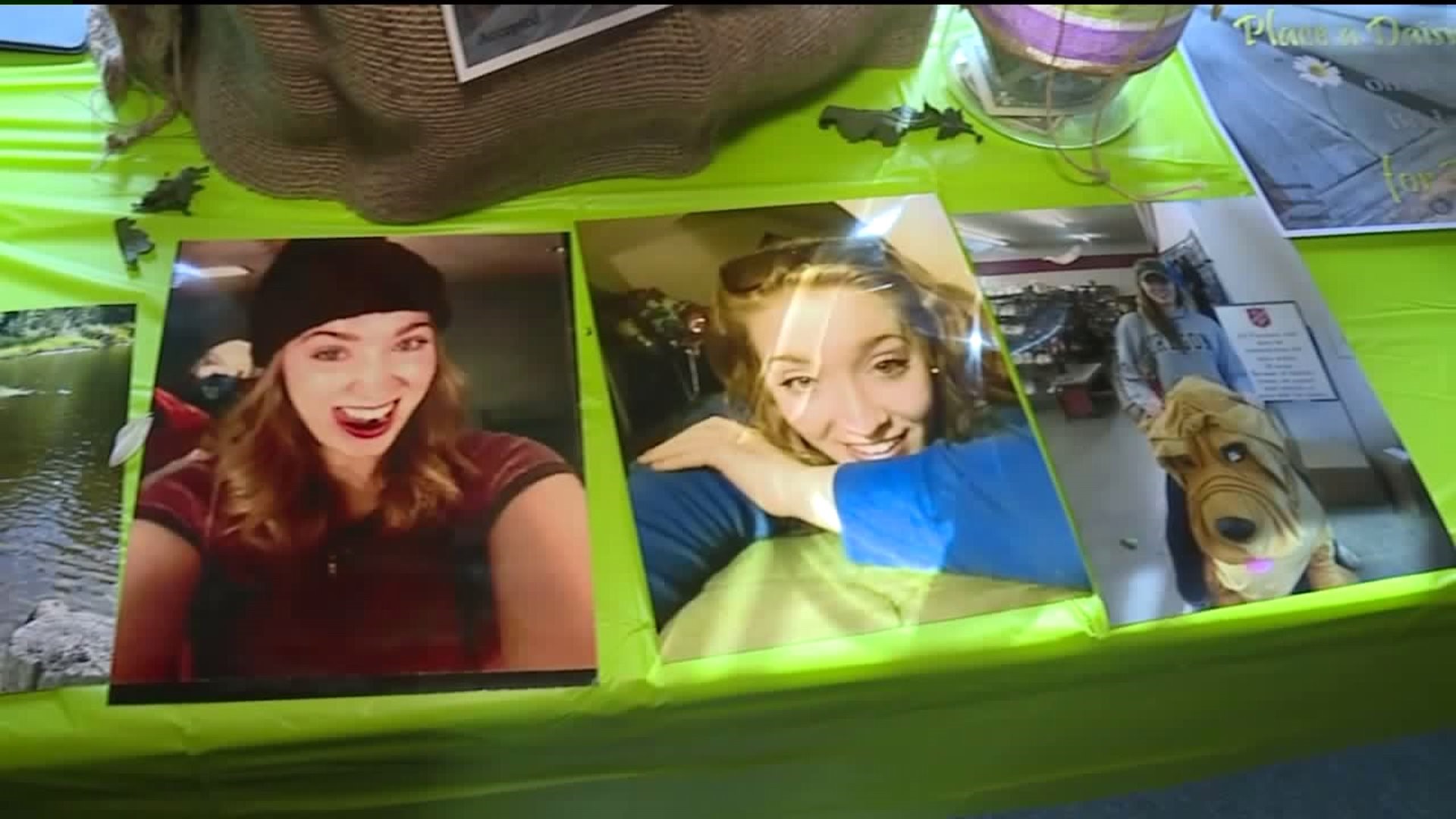 TUNKHANNOCK, Pa. -- Human remains found in the Susquehanna River in Luzerne County last week have been identified as Haley Lorenzen, the woman who disappeared from Wyoming County earlier this year, according to the district attorney.

The remains were discovered by a kayaker in Plymouth on Saturday. Authorities used dental records to identify the body. She was found with remnants of a white plastic bag tied to her arm. Newswatch 16 has reported that a bag was filled with rocks and tied to Lorenzen before she was thrown into the Susquehanna River.

Crews spent several weeks earlier this year searching the Susquehanna River in the Tunkhannock area for Lorenzen's body. Lorenzen, 24, was reported missing in late December of 2018.

Another woman, who has not yet been identified but claims she was also in a relationship with Walters, told police in January she helped Walters dump Haley's body in the Susquehanna River. That woman says Walters told her he killed Lorenzen by choking her and then striking her with a hammer.

A memorial was set up where police believe Haley Lorenzen's body was thrown into the Susquehanna River. Nearly seven months later, her body was found about 20 miles downstream near Plymouth.

Wyoming County District Attorney Jeffrey Mitchell says it is important to know who Haley was and to honor her memory.

"She was a sister, a niece, a granddaughter, a daughter. She will be deeply missed and she is deeply loved. Despite living in Pennsylvania for a short time, Haley has left an indelible mark on this community," Mitchell said.

"I think the general consensus is that we're all relieved. We reached the end goal which is finding Haley," said Tunkhannock Township Police Chief Ed Morristell.

Lorenzen is originally from Oregon and moved to Wyoming County in November of 2018.

People we spoke with said they're relieved that the search is over and hope that Haley's family can finally find peace.

"It's nice now to see that the family will have some closure," said Mike Pastelok of Falls Township. "I give them all my respect. It's a long way, too, from home, but it's nice that this is all over and things will settle down in this town."

"Despite living in Pennsylvania for a short time, Haley has left an indelible mark on this community," Mitchell said.

The trial for Phillip Walters is scheduled for September.

Haley's story has touched the lives of even those she didn't know.

"I didn't have the fortune of knowing Haley or her family but I'm glad they have closure. It's bittersweet they had to find her this way but I'm glad that this story has finally come to an end. It's tragic for everyone involved," one person said.

"I just couldn't believe it happened to a young girl," said Todd Kinney.

Kinney and his relatives live in Factoryville. They met the Lorenzens in the winter while rescue crews searched the Susquehanna River in the Tunkhannock area for Haley's body. The Kinneys just wanted to help in any way they could.

"We've all been attached ever since," Todd said.

"It was really sad and I was really depressed. It just really breaks my heart about this world anymore, about all the crazy things that have been happening around this area," said Tanner Kinnery.

Tanner Kinney and his cousin Gavin Vosburg recently started a lemonade stand to help raise money for the Lorenzen family.

"We're going to give it to them so they can do whatever they want with it. Hopefully, it's enough to help them out at least a little bit," said Tannery.

Haley may be gone but the impact she has left on the Kinney family and the rest of the Wyoming County community will last forever.