SALEM TOWNSHIP, Pa. — Three Mile Island is closing at the end of September. The owners and operators say the nuclear facility in Dauphin County has been l... 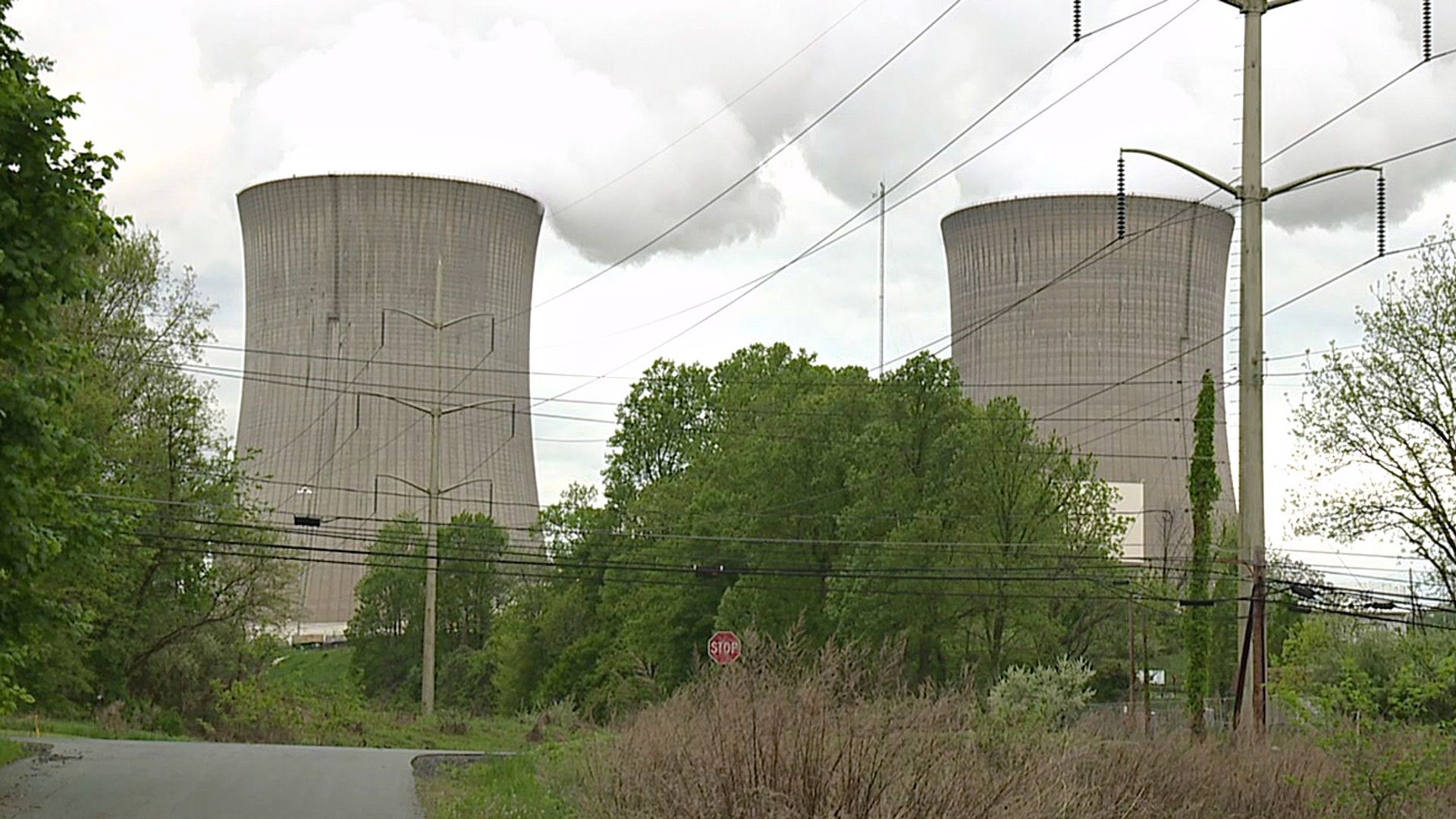 SALEM TOWNSHIP, Pa. -- Three Mile Island is closing at the end of September.

The owners and operators say the nuclear facility in Dauphin County has been losing money.

The nuclear plant has a place in American history after a partial nuclear meltdown in 1979 spread panic as some radiation was released from the facility.

News of the closure is hitting hard. Nearly 700 workers at the facility have been promised jobs at other company locations.

"We were supposed to refuel this fall. That brings an additional 1,200, 1,500 laborers to the community, 36,000 hotel room nights, that's thousands of dollars into the local economy here that will not happen this year, so that will be the immediate impact felt in this community," said Three Mile Island communications manager Dave Marcheskie.

Other than Three Mile Island, there are four other nuclear plants in Pennsylvania.

The Susquehanna Nuclear Plane, operated by Talen Energy, is near Berwick. About 1,000 employees work there.

Company officials said they are "disappointed" Three Mile Island is closing but said they will "continue to focus on the safe and efficient operation of the plant, which generates safe, reliable, zero-Carbon energy 24/7/365."

Stephen Bodnar owns a business near the Susquehanna facility and said many of his customers work there.

"Previously, I was a mason contractor and the people that work at the power plant, I did probably 70 percent, 80 percent of the business for those people because they had the jobs in the area," he said.

"Actually, they're the ones who pay to stock this lake here, so if they shut down or quit, then I don't know who's going to take over," he said.

There are two bills in the state legislature right now aimed at preventing the Three Mile Island shut down, but there has been no movement on them and time is quickly running out.

Three Mile Island will need decades to cool down before being dismantled.

Company officials said that will not begin before 2074.