WILKES-BARRE— An internationally known rapper is headed to Wilkes-Barre this week, but some of his anti-police lyrics are raising concern. Rapper Uncle Mu... 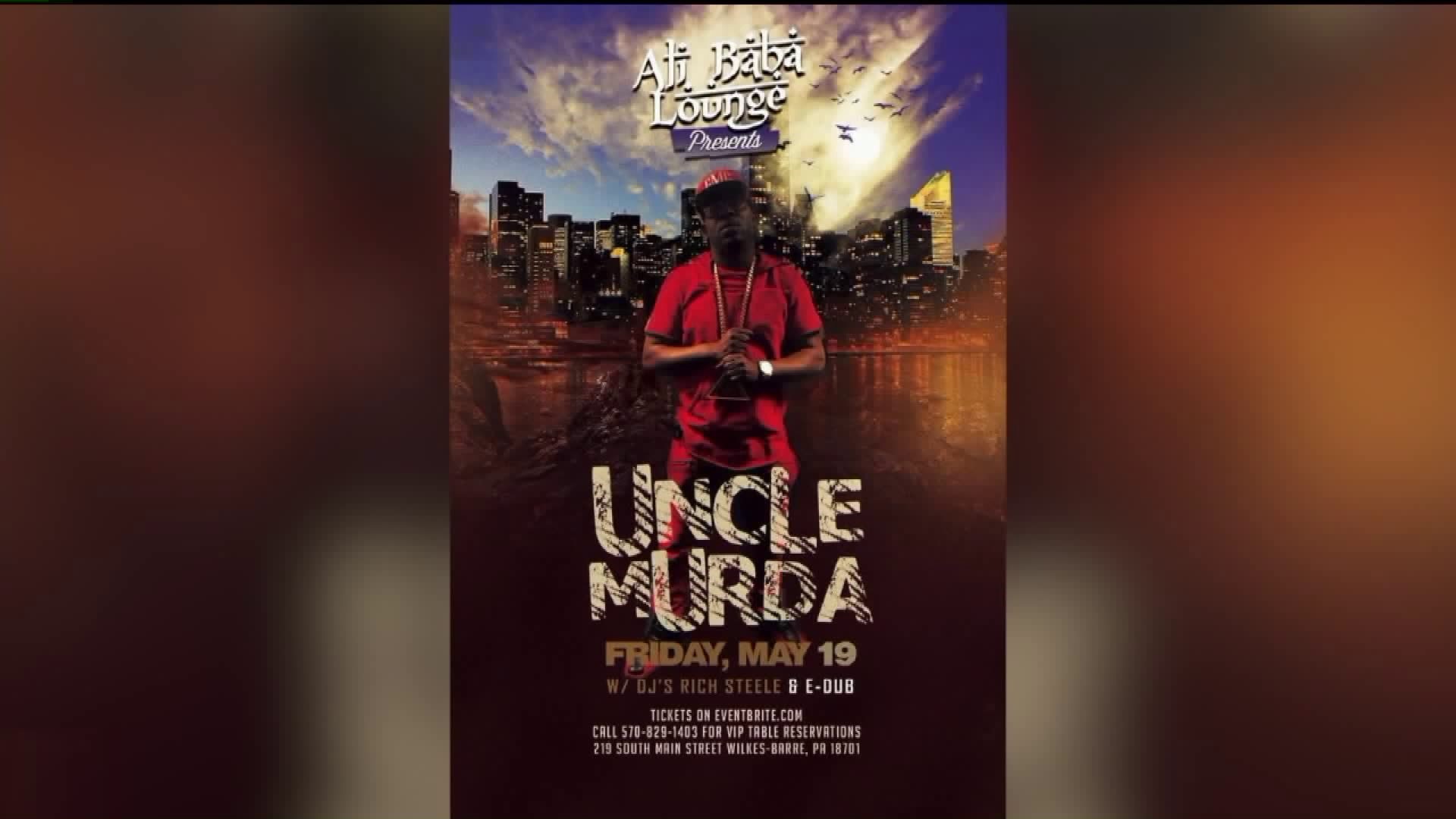 WILKES-BARRE--- An internationally known rapper is headed to Wilkes-Barre this week, but some of his anti-police lyrics are raising concern.

Fans said you'll be able to find them singing along in the front row.

"I'm excited for Uncle Murda," Lucky Williams of Wilkes-Barre said. "I haven't seen him in person. It's someone that you always listen to on the radio. You hear him on the media, and now you get this chance to meet him."

However, some law enforcement in Luzerne County are taking extra precautions because of lyrics in Uncle Murda's song, "Hands Up." In it, he raps about police killing unarmed black men. He raps that it is, "time to start killing these coppers," and "officer, please don't shoot 'cause my hands up".

"Although I believe in First Amendment rights, free speech, we just want to make sure that law enforcement and the community remain safe. So we are providing extra resources," Luzerne County District Attorney Stefanie Salavantis said.

Along with detectives provided by the D.A.'s office, managers of the lounge said they'll have four off-duty Wilkes-Barre police officers for Friday night's concert.

"We have the utmost respect for every police officer on Earth actually, including the Wilkes-Barre Police Department," General Manager of Ali Baba Liquor Lounge Ali Abualburak said. "We work with them on a daily basis here."

Abualburak thinks it is hypocritical that some people find these lyrics offensive, but not others.

"The Bob Marley song, 'I shot the sheriff, I didn't shoot the deputy,' (it's a) very popular song, all folks, all walks of life like the song... there's no difference between Bob Marley's lyrics... and this guy," Abualburak said.

Even though there will be more police officers at the lounge on Friday night, fans said they've always felt comfortable going to concerts here and they always felt safe.

"Ali Baba's has always been a pretty much good, fair place to be at. You always felt protected when you were there," Williams said.

Abualburak said he plans to give a portion of Friday night's proceeds to a non-profit that honors fallen officers. He said he does not feel obligated to do that because of this concert, it's simply because he wants to donate.

Tickets are still on sale at eventbrite.com for the performance. Doors open at 9 p.m.