WILKES-BARRE, Pa. — State police have arrested a Wilkes-Barre police officer and are charging him with sexually assaulting four female victims over a 16-m... 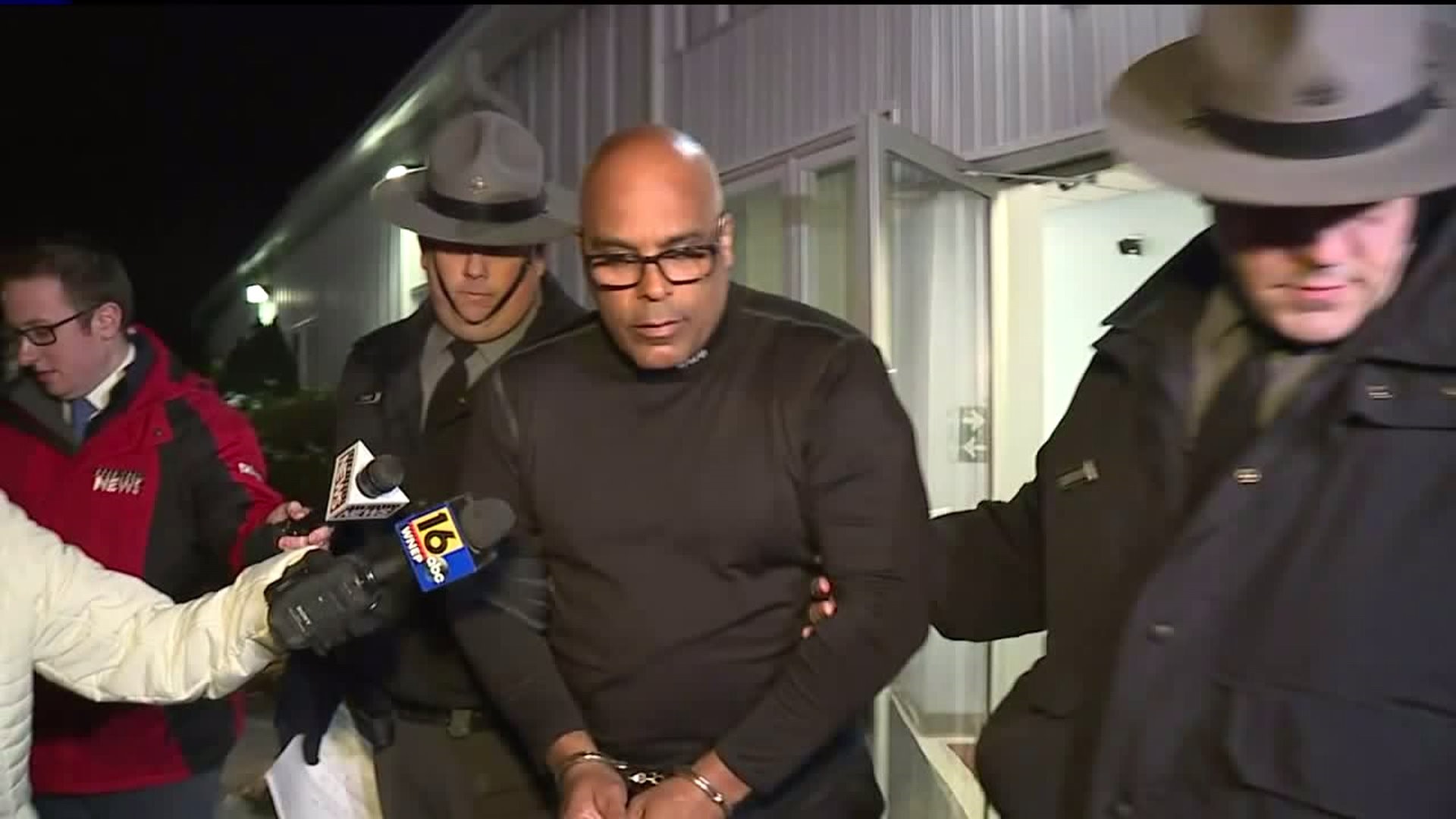 WILKES-BARRE, Pa. -- State police have arrested a Wilkes-Barre police officer and are charging him with sexually assaulting four female victims over a 16-month period.

Investigators believe Robert Collins, 53, of Mountain Top, sexually assaulted the victims while he was on duty and performing his function as a police officer.

State police say the incidents happened between August 2013 and December 2014.

Collins was charged with rape, indecent assault, and official oppression.

Collins was arraigned on felony charges Tuesday night. He remained silent as he was led away from his arraignment in Forty Fort and taken to the Luzerne County jail.

Women we spoke with say the allegations are alarming.

“When you hear something like this in your community, as a woman, it makes you fearful, when you trust somebody in that type of capacity,” said Abigail Borovich of Plains Township.

“I have a young daughter, and I try to teach her that police are here to protect us and to keep us safe, so to hear something like that makes me really scared,” said Zanitta Davidson of Jenkins Township.

Investigators claim Collins used his authority as a police officer to force the women to perform sex acts with him. He would then threaten to physically harm them if they told anyone about it.

This is the second police officer in Luzerne County to be accused of using their position in law enforcement to violate women.

Last month, former Ashley police officer Mark Icker was charged after three women came forward saying Icker had pulled them over but told them they would not get a ticket in exchange for oral sex.

“When you do something to overstep your power as a police officer, then it diminishes all the other police as well and everybody within that force,” said Borovich.

According to the Wilkes-Barre police chief, Collins has been with the department since 2007. He is currently suspended with pay pending an investigation.

State police are handling the investigation with the FBI and the state attorney general's office.