Rain Leads to Changes at RiverFest

WILKES-BARRE, Pa. — The sun was peeking through cloud cover Friday afternoon as volunteers set up for the 24th annual RiverFest in Wilkes-Barre. Rain thro... 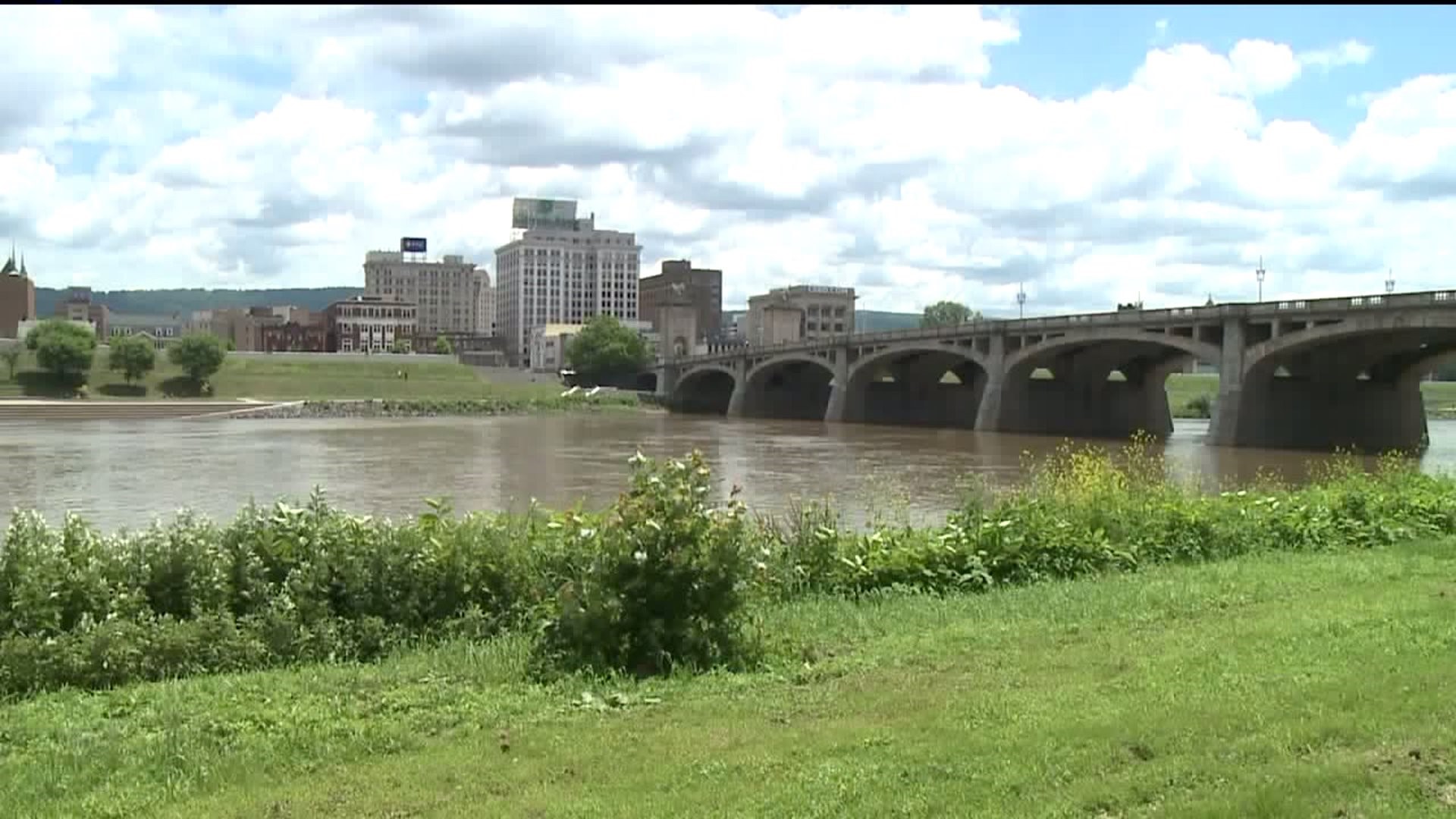 WILKES-BARRE, Pa. -- The sun was peeking through cloud cover Friday afternoon as volunteers set up for the 24th annual RiverFest in Wilkes-Barre. Rain throughout the week though has left soggy ground at Nesbitt Park, and some things for the event had to be rearranged.

Vendors setting up Maddy's Doghouse in the parking lot say that's a change they don't mind, especially since the event's live music will be close by.

"They can dance right here, so we'll have fun," said Ann Elick, Maddy's Doghouse. "I think it will be safer. It won't be slippery like the grass might be. People can move forward and backwards a little easier, I think."

Because of all of the rain in our area this week, the Susquehanna River is high and moving very quickly. As a result, RiverFest had to cancel all the river activities scheduled for the weekend.

"We also had a fishing derby scheduled, but because of the water, the river was coming up too high, for safety's sake we are rescheduling that to possibly our rescheduled dragonboat racing in August or we'll hold it during ChalkFest," Maday said.

Despite those changes, vendors hope the activities on the shore and the live music will still draw a crowd.

"I think people will come out. It's an exciting event from what I've been told, so ground's dry here. Hopefully we're going to get some people coming," said Elick.

All the river activities, including fishing, kayaking, and dragonboat racing, are going to be held at a later date when it's safer on the Susquehanna River. RiverFest still has activities and live music to offer people Friday night and all day on Saturday.