WILKES-BARRE, Pa. — Voters in Wilkes-Barre have a big decision to make on Tuesday, May 21, Pennsylvania’s Primary Election Day: keep the current may... 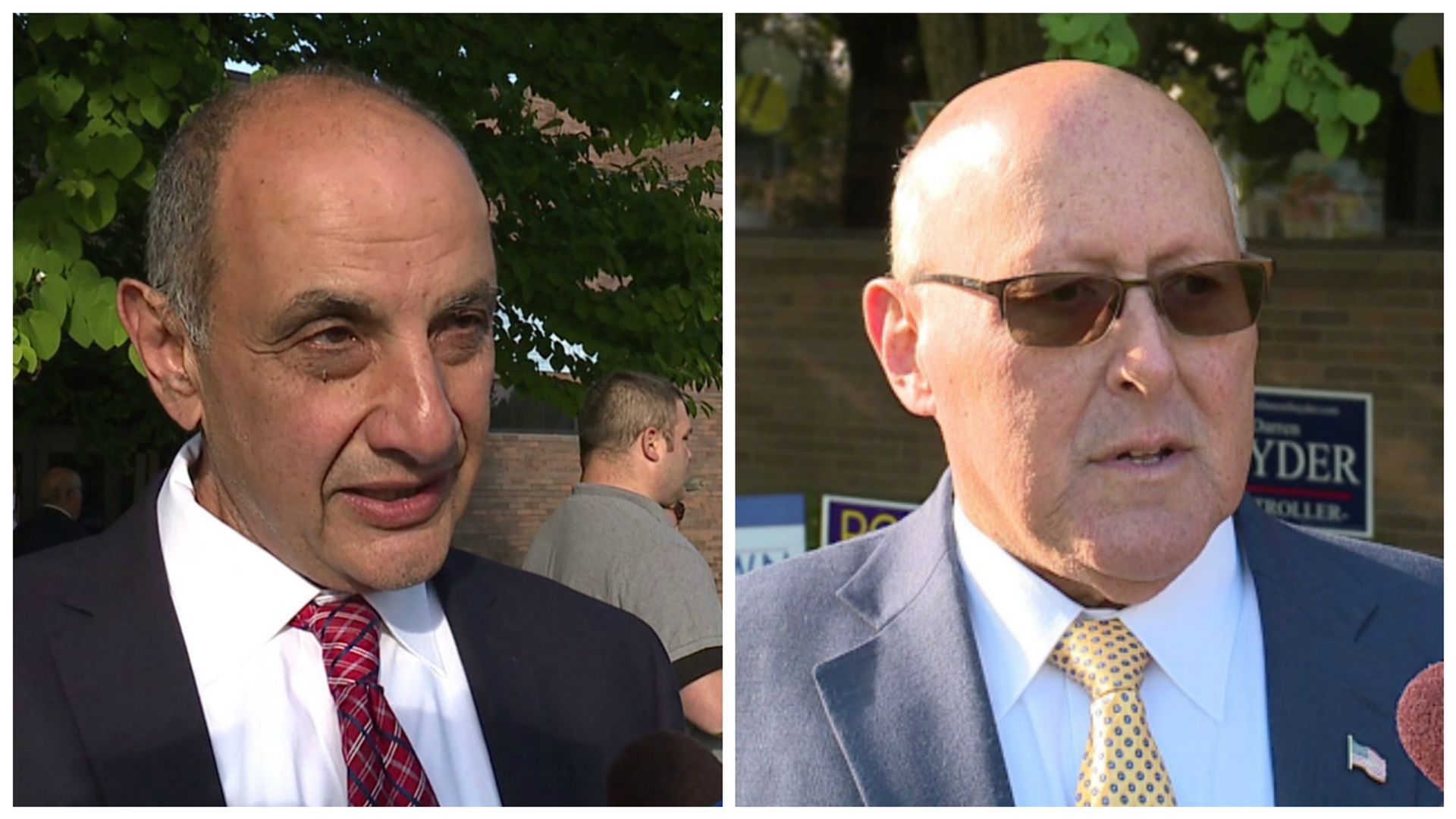 WILKES-BARRE, Pa. -- Voters in Wilkes-Barre have a big decision to make on Tuesday, May 21, Pennsylvania's Primary Election Day: keep the current mayor or vote for a new one.

Incumbent Mayor Tony George wants another four years in city hall. He is a retired police officer who rose to the rank of chief here in Wilkes-Barre.

George said the city has made progress under his administration. He ran on a "law and order" platform, and George wants another term to move his projects forward.

The lone challenger this time around is retired businessman and former council member George Brown. Brown thinks the city can do better and he is the one for the job.

Just after the polls opened, Wilkes-Barre mayor Tony George and challenger George Brown voted at the same polling place, the Richmont Avenue side of Kistler Elementary.

Both men believe the same issue is bringing voters to the polls: crime. George says the city has become safer. Brown says it hasn't.

"We started our saturation patrols, our sweeps and the city is moving forward. No one is ever going to eliminate crime. Crime was here at the beginning of time. It's going to be here at the end of time," said Mayor George.

"It's crime. It's dirty streets. It's the infrastructure. It's the neighborhood issues that we've had with blighted properties," said Brown.

It appears that crime is the hot button issue that's bringing out voters, inspiring them to stand in line at polling places like the one on Coal Street.

Both Mayor George and challenger Brown believe that while crime fighting is important, this race is more than that.

"When I first ran, I said it I wasn't moving the city forward, I wouldn't run again. The city is moving forward. I like the way it's going," said the mayor.

"Through good structured leadership, someone that has the ability to lead the city, we could have avoid several problems that have happened over the last three and a half years," said Brown

This is not the first time George and Brown have appeared on the ballot at the same time. Both were part of a four-person primary four years ago. George won by 151 votes.

There is no candidate on the Republican side, so it is safe to say the winner of the Democratic primary will be in City Hall in January.

Brown says both he and George are seeking write-ins on the Republican side, so there is the possibility of a rematch in November, or one candidate capturing both nominations in the primary. Write-in totals should be available by the end of the week.

There are some hot races for council here in Wilkes-Barre, all on the Democratic side. There are five open seats with 13 candidates.

Newswatch 16 is your election night headquarters. Make sure to tune in to WNEP-2 beginning right when the polls close.