WRIGHT TOWNSHIP, Pa. — A teacher at a high school in Luzerne County has been suspended after a report of an “inappropriate situation.” The dis... 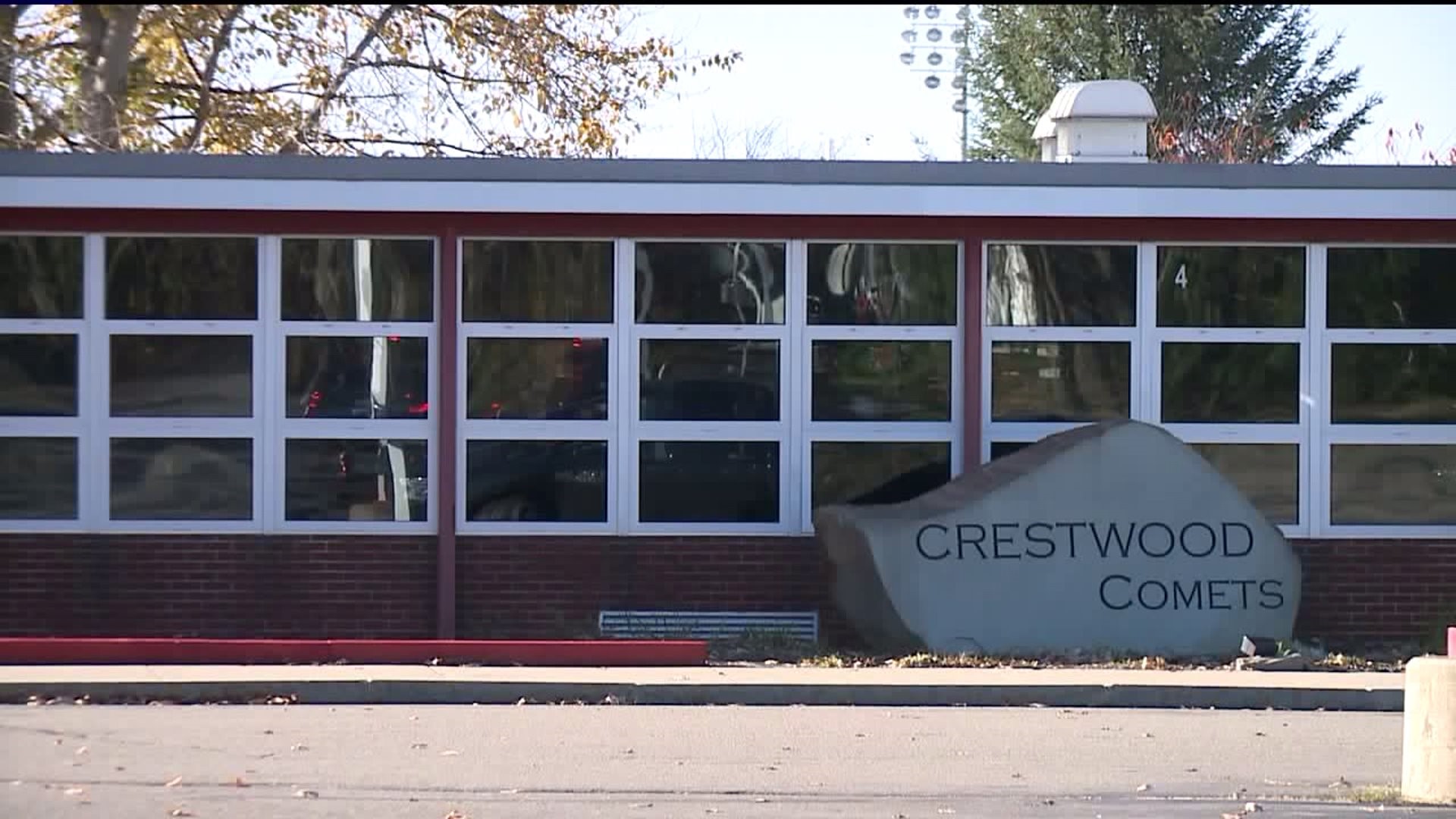 WRIGHT TOWNSHIP, Pa. -- A teacher at a high school in Luzerne County has been suspended after a report of an "inappropriate situation."

The district is not releasing much information about why a staff member at Crestwood High School was put on leave, but parents hope the issue is resolved soon.

Rebecca Piezga says she's excited. Her daughter will soon be enrolling in school in the Crestwood School District.

"As far as academics, which obviously, having a seventh-grader, that's important. She's gotten good grades in the past, so hopefully, that continues. And as far as extracurriculars, I haven't heard anything bad," Piezga said.

"I would say that, obviously, the school took proper response, seeing that they put the teacher on leave."

Newswatch 16 met with the solicitor of the Crestwood School District on Monday, and he tells us the district will not release much information about the incident because it's a personnel issue, and no charges have been filed.

Piezga says for her daughter's sake, she hopes the district can quickly handle the situation and move on.

"I would hope, yeah. I mean, I've heard great things about Crestwood because obviously, with a seventh-grader, I'd love for her to succeed and do well."

The district will not tell us where the report of an inappropriate situation came from or which teacher at Crestwood is involved. That information will only be released if charges are filed.