LUZERNE COUNTY — Imagine spending your life’s savings on a dream home, only to have a real tough time getting to and from that home. That’s th... 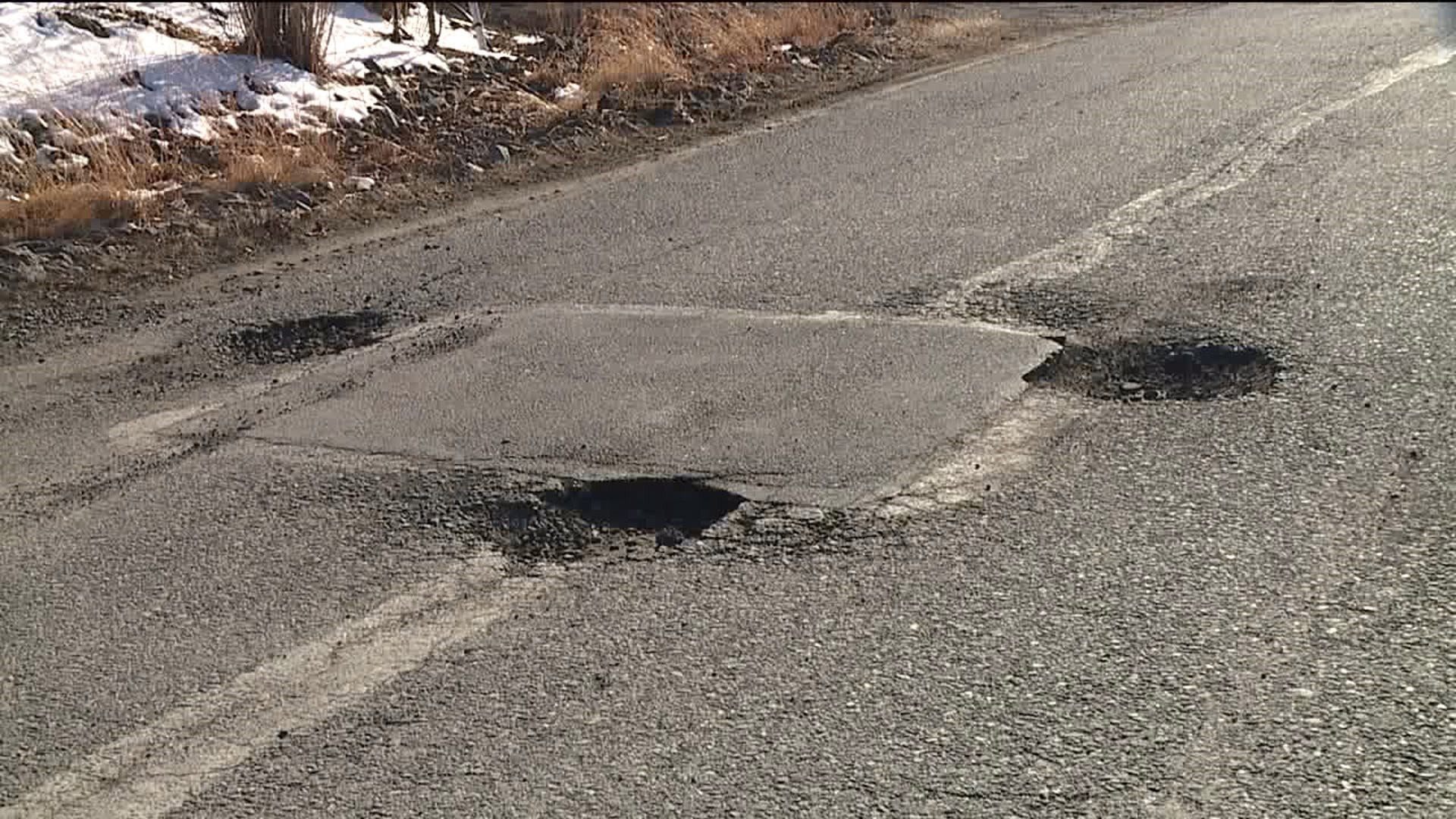 LUZERNE COUNTY -- Imagine spending your life's savings on a dream home, only to have a real tough time getting to and from that home.

That's the situation in part of Luzerne County.

Quail Hill homeowners are crying for help. They say they need more than pothole repair; they need new permanent roads because the temporary ones are falling apart.

Rich Hanson is one of many homeowners at the Quail Hill subdivision near Pittston who say walking is safer than driving.

"You have to literally drive to the other side of the road into oncoming traffic to avoid these holes," Hansen said. "We can't enjoy our own community because we can't use the roads."

"I actually have to drive on the opposite side of the road every time I come up here to avoid every hole," said Phyllis Ockerman.

"There's been many times I've had cars coming through and end up in my yard," Corinne Cianfichi said.

They watch school buses try to steer around potholes and they warn of manhole covers jutting several inches above the crumbling blacktop and tires get slashed.

They claim the developer of the Quail Hill neighborhood promised and failed to put in most of the planned street lights that might help them see the potholes.

These roads were actually built as temporary streets more than 15 years ago to bring construction equipment to build these $500,000 homes.

So who is responsible to fix it?

Right now, the road is technically owned by the estate of the developer. He died in 2012,

Jonathan Comitz is the court-appointed executor. He says the estate doesn't have the money to rebuild the roads and put up more lights.

But he says a new group of developers may offer hope.

"I have met with developers. I have reached out to developers. And there is some interest in this," Comitz said.

Interest, but Comitz adds, no commitments.

Homeowners say the original developer planned to transfer ownership of the roads to the three communities that make up Quail Hill.

Half the homes in the development are in Pittston Township but a boundary line runs through Quail Hill. Half of the homes are in Dupont and part of the pock-marked road is in Avoca.

"There was never a promise by Pittston Township that they would take over and conduct those kinds of repairs," said Sam Sanguedolce.

Sanguedolce's law office represents Pittston Township. He says all three communities are not responsible for taking over Quail Hill's roads because a developer didn't finish the job.

"This is not like an inexpensive project. You're talking hundreds of thousands of dollars," Sanguedolce said.

"If they don't fix it, we are going to court," said Jason Mattioli.

Mattioli is Quail Hill's lawyer and a homeowner in the subdivision. He says the communities failed several years ago to get the developer to post a bond with money to finish the project.

"They have to pay for this, it was their mistake, they let this go," Mattioli said.

If a developer can sell some of the empty lots here, the executor of the estate says it would still take at least 18 months to raise any money towards new roads.

But for now, raising that money may be the best hope of building a permanent road, and ending the quagmire at Quail Hill.