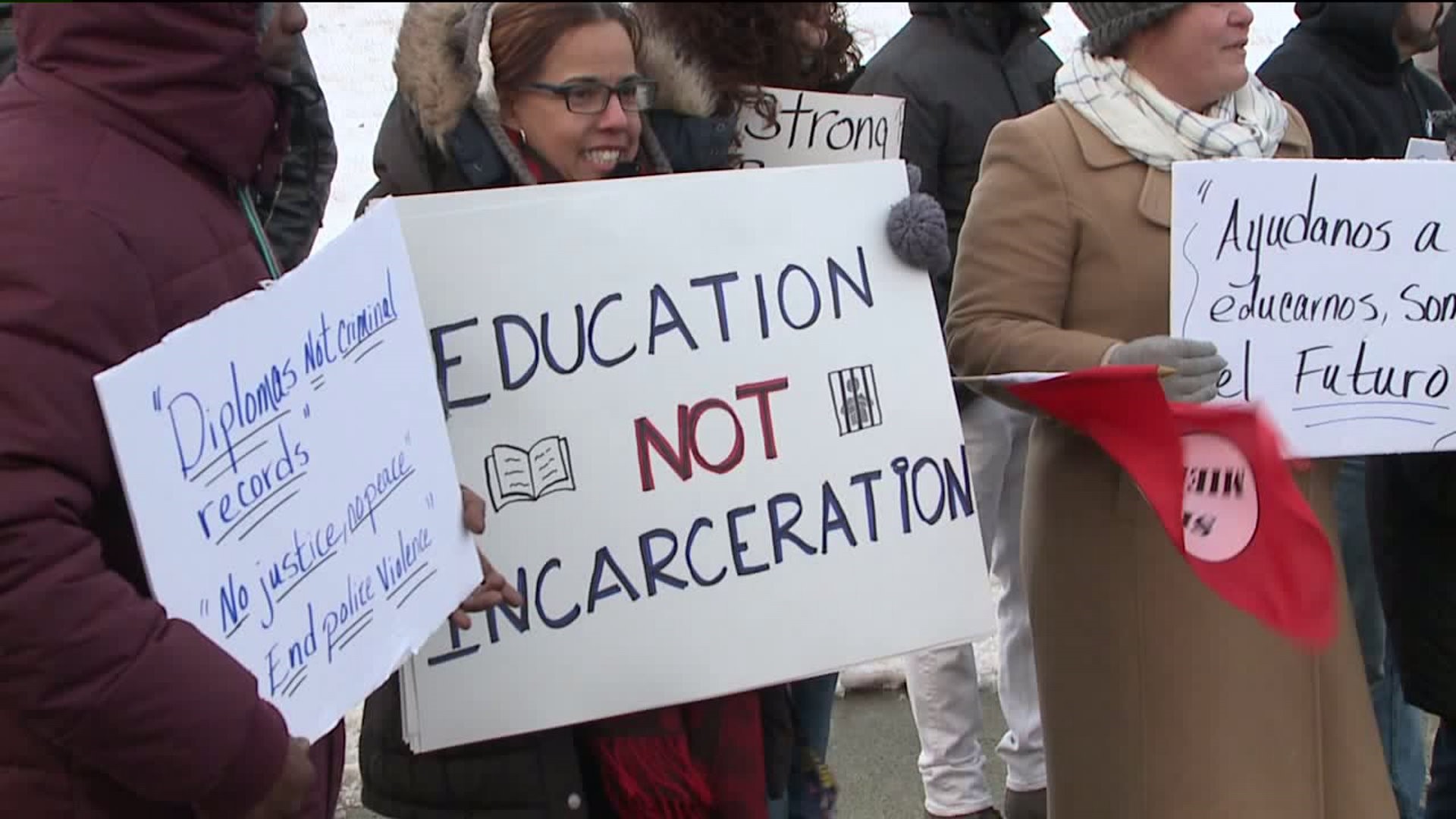 Video of that fight went viral, and some believe the officers used excessive force when breaking things up.

The school board has looked over several videos of the incident, including the one that was shared on social media. School board officials have decided to give school police more training on how to de-escalate a situation, but those protesters believe more needs to be done to ensure the safety of students.

"I see fights in the school all the time, but there's a certain point where you have to stop and realize, it's a kid. These aren't 20-year-olds with guns, it's a girl in a cafeteria who felt like she was wronged," said student Annie Stetz.

Students we spoke with said they haven't felt as safe at school since this incident, but doing a protest like this makes them feel more at ease.

"This needs to stop with the police and everybody. I don't think that's right for people. The police are supposed to defend the law, not break the law," said student Jesus Rivera.

After an hour of protesting outside, people went inside for the school board meeting, and tensions flared.

Hazleton Area Superintendent Brian Uplinger says the officers involved--and all officers at the school--will be getting more training on how to better handle any incidents involving students in the future.

"This training will consist of reviewing use of force options, de-escalation techniques, and continue to communicate effectively with the younger generation," Uplinger said.

But protesters say that's not enough. Bob Childs of Freeland feels there is a great divide between many of Hazleton Area's students and staff. He would like to see more Spanish-speaking teachers in the district.

"You can't even understand what your students are saying in the cafeteria let alone prevent a riot from happening," said Childs.

The school district is working with the state police equality and inclusion office to better educate school officers on how to handle incidents involving students.