SHICKSHINNY — Prosecutors in Luzerne County said a movie about vigilantes was a factor that led to shooting deaths earlier this year. Holly Crawford and J... 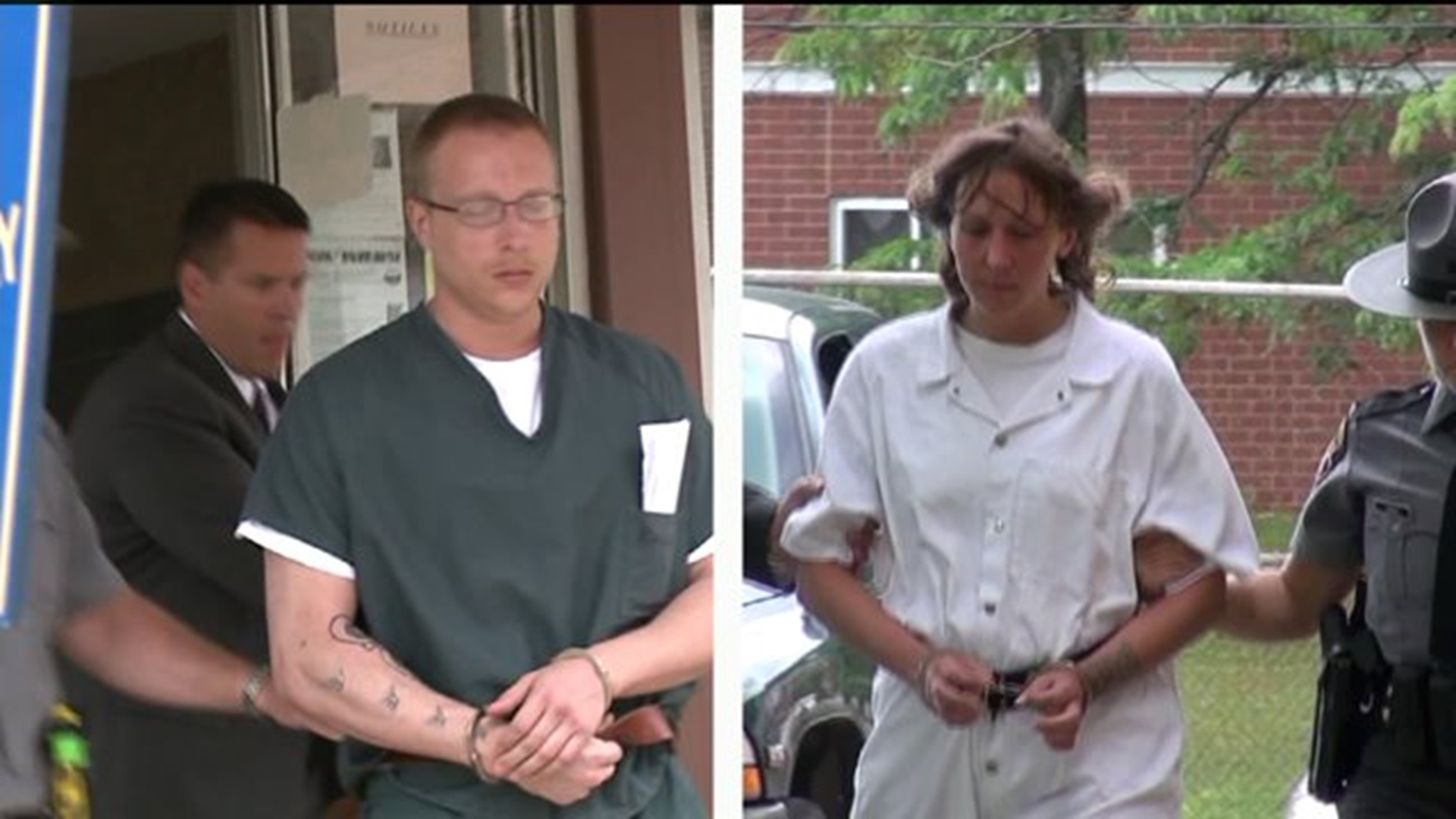 SHICKSHINNY -- Prosecutors in Luzerne County said a movie about vigilantes was a factor that led to shooting deaths earlier this year.

Holly Crawford and James Roche were in court over the deadly shootings in April.

During the preliminary hearing, we learned that the couple had been watching the movie "The Boondock Saints" right before the shooting.

After months behind bars James Roche looked like a different man walking into his preliminary hearing at a magistrate's office in Shickshinny, compared to how he appeared in April when he was arrested with Holly Crawford.

Troopers said a love triangle led to the shooting deaths of Ronald Evans and his son Jeffrey at their home near Hunlock Creek.

Prosecutors in Luzerne County said that the 1999 film "The Boondock Saints" was a factor in the killings. They said the couple watched the movie right before the shootings and troopers said one of the characters reminded Roche of the man he wanted out of the picture: 73-year-old Ronald Evans.

"If you've seen the movie, it's pretty much vigilantes who go out and kill other people," said Luzerne County Assistant District Attorney Sam Sanguedolce. "It’s hard for me to say what role that played, but it does seem to bare a striking resemblance to what occurred in this case."

After three troopers testified and prosecutors showed graphic pictures of the crime scene, a district justice ruled there is enough evidence to send the charge of open homicide against both Roche and Crawford to trial.

Some family members of the shooting victims wiped away tears as they left the hearing.

Holly Crawford has been in the news before.

In 2010 she was convicted of animal abuse for piercing kittens' ears and trying to sell them as gothic cats.

"Nobody used to lock their doors. Everybody's now locking their doors because you never know. And we don't want it out here," said Cotterman. "They always have an excuse for why they do something. It’s just unbelievable, because like nothing ever happens out here."

Other people in Shickshinny said they were surprised to hear about the crime's connection to the film.

"I’m a horror movie fanatic but there’s a line between fantasy and reality," said Michael McGrath. "I mean it’s an excuse. People have got to be responsible for their own actions."

Roche and Crawford had little to say inside and outside of the courtroom.

Both are locked up without bail in the Luzerne County jail.