WEST PITTSTON, Pa. — After years of pleading for a flooding fix, some residents in Luzerne County may be getting what they asked for. A potential plan for... 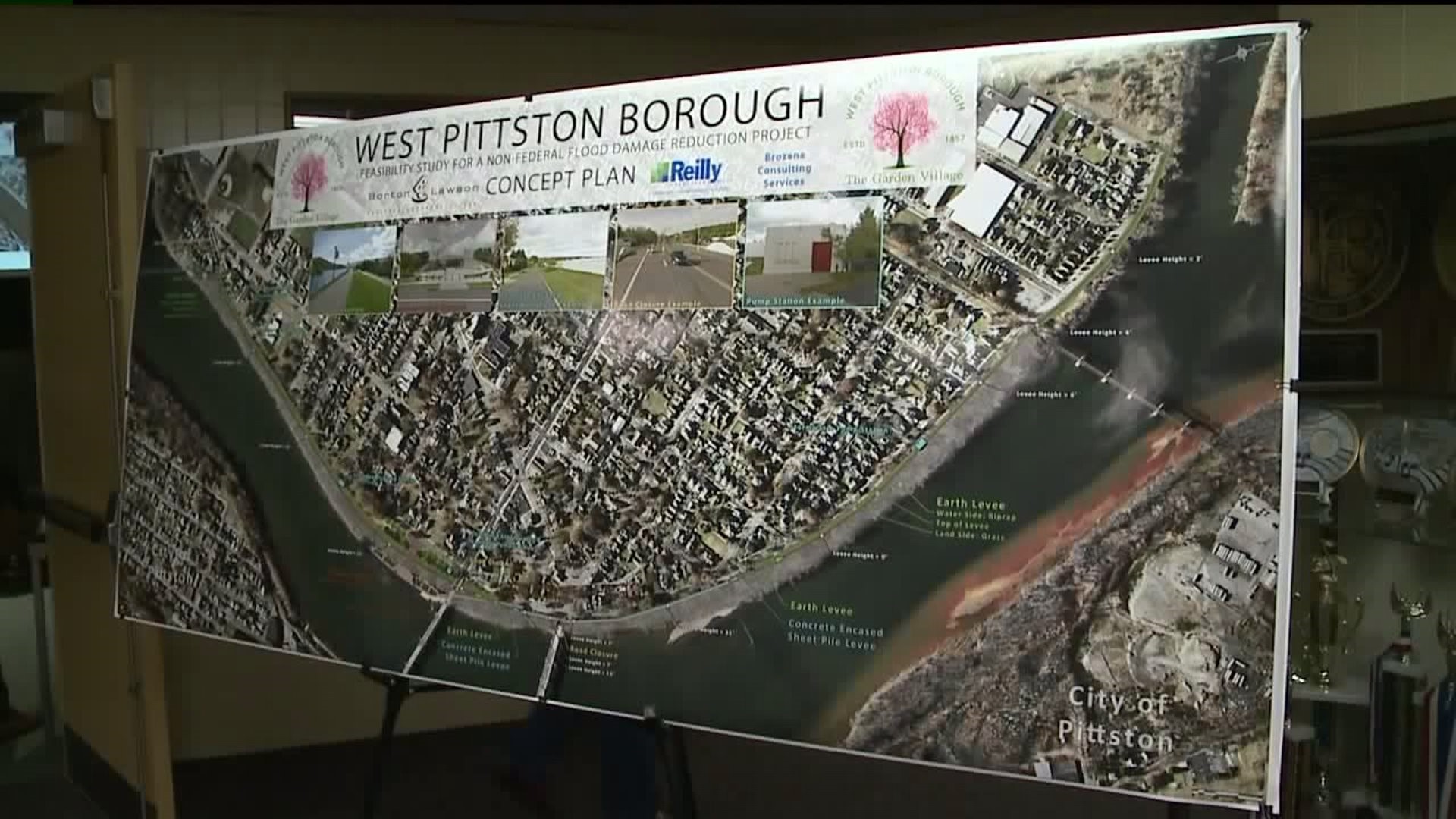 WEST PITTSTON, Pa. -- After years of pleading for a flooding fix, some residents in Luzerne County may be getting what they asked for.

A potential plan for a $50 million levee system in West Pittston was presented at a meeting at Wyoming Area Secondary Center Wednesday night.

Engineers looked over several different ideas. One was to clean out the bed of the Susquehanna River by dredging, but engineers say the most effective solution would be to build a levee.

Flooding from the Susquehanna River has devastated West Pittston several times over the past decade. In 2011, nearly 900 residents dealt with serious flood damage.

The proposed levee would run along Susquehanna Avenue. Consultants are confident the cost could be covered by a mix of state, federal, and local grants.

"We'd like to think it takes a high priority when you submit a grant application for this type of infrastructure because of the benefit that it does provide, which is protection of life and property," said Samantha Albert, consultant.

The manager of Antonio's Pizza on Luzerne Avenue in West Pittston is in favor of building a levee because she doesn't want to relive 2011 when her business near the river was flooded.

"When we walked in, it smelled of rotting food, diesel from across the street. We pretty much threw everything outside and just started from scratch," Francesca Carannante explained.

However, people in neighboring communities worry a levee in West Pittston would cause flooding elsewhere.

Engineers say this plan is not set in stone, but if it moves forward, it would take about four to five years to build the levee.