For the first time, the VA Medical Center near Wilkes-Barre raised a pride flag on Wednesday. 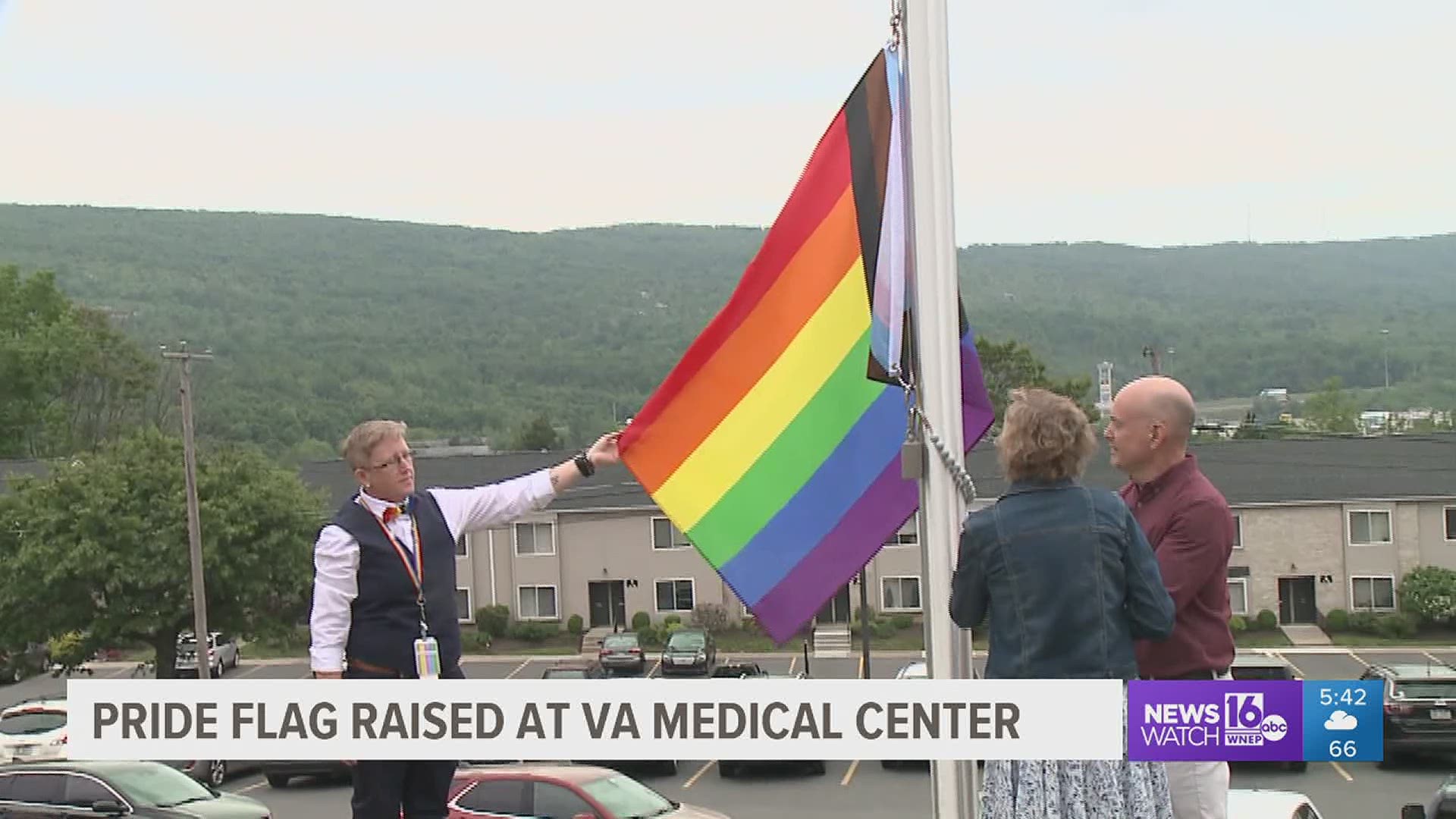 WILKES-BARRE, Pa. — The event was organized by a program manager for the LGBTQ Community at the VA Medical Center near Wilkes-Barre.

People from all over the Wilkes-Barre area, including advocates for LGBTQ in Washington D.C., attended the ceremony on Wednesday.

"You know this is not just for the staff it's for the veterans it's for the community it's everybody in, you know, especially, you know, at the VA with our veterans and supporting them and what they're going through and the hardships that they encountered what they're still going through, I mean, it's been 50 years since Stonewall, and we're still fighting the fight, so I'm not going to stop fighting the fight," said Nicole Hall, the Special Emphasis Program Manager for the LGBTQ.

The veteran's hospital in Altoona held a similar ceremony on Tuesday.