Preventing the Flu: Getting it and Spreading it

WILKES-BARRE — Flu outbreaks are most prevalent during the cold season, so now would be a good time to get a flu shot if you plan on doing so this year. A... 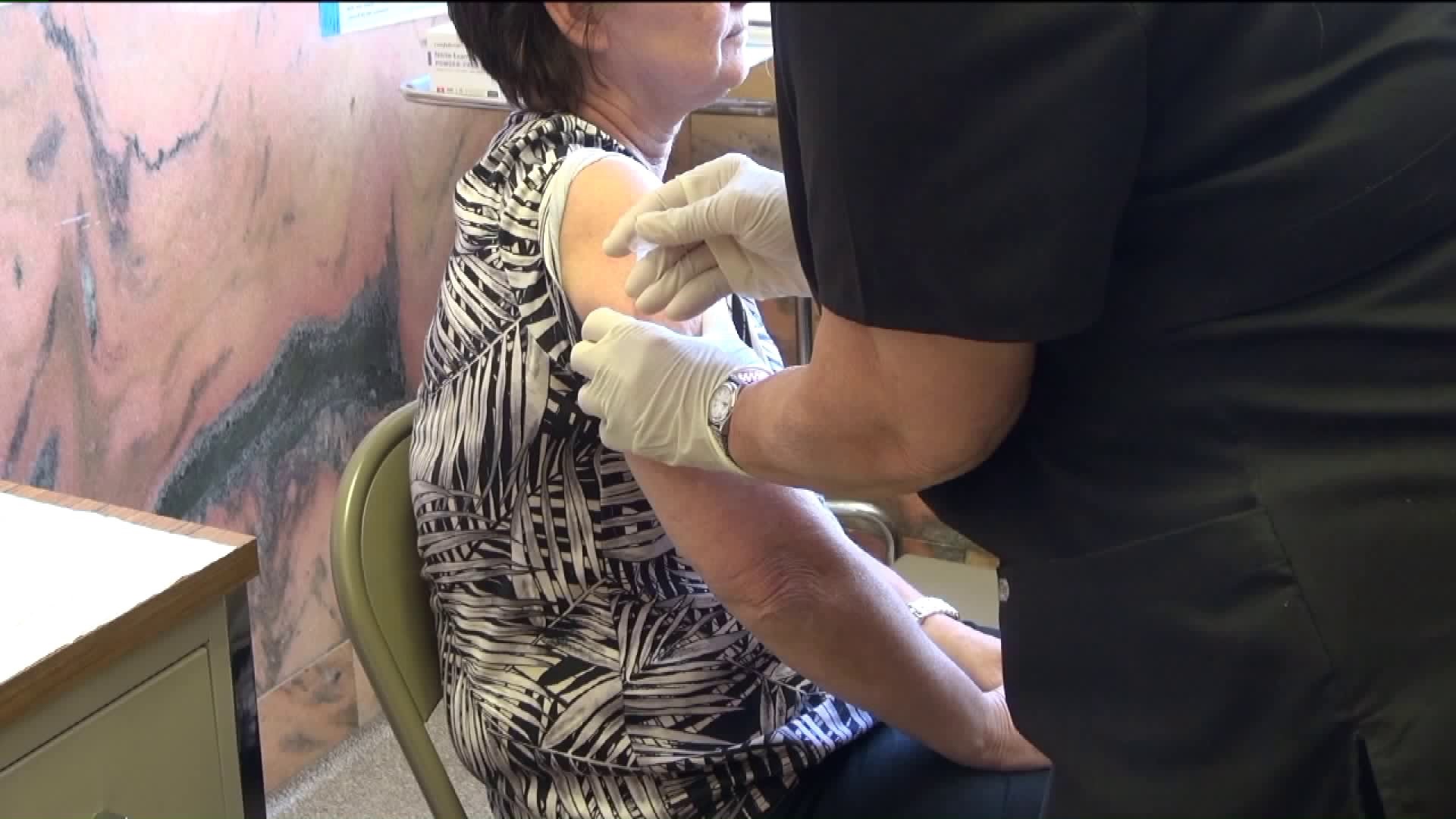 WILKES-BARRE -- Flu outbreaks are most prevalent during the cold season, so now would be a good time to get a flu shot if you plan on doing so this year. A new study shows one particular group of people who are more likely to spread the flu are the ones not getting the shot to begin with.

A flu shot takes just a few seconds to get and could prevent a long winter of getting sick.

"Last year, I didn't get it and I must have got sick about 10 times. My sister counted. So today, she was like, 'You're going,'" said Christine Andrjewski of Wilkes-Barre.

The city of Wilkes-Barre offered the first of its free flu vaccine clinics Wednesday at the Kirby Health Center for anyone who lives in the city, and a lot of people showed up.

"It seems that this may be a bad flu season. That's what they're predicting. It's very important to get your flu shot. October is a great time to get it," said Delphine Torbik with the Wilkes-Barre City Health Department.

That new study shows millennials, or adults ages 18-34, are more likely to go out when they have the flu or flu-like symptoms. That means the infection is especially likely to spread in places like college campuses.

"I feel pressured to go to school sick if you are sick. I haven't seen anyone come to school sick yet," Danielle Lutz, a theater major at Wilkes University said.

"We all have those moments where we feel like school is important, and it is, but if you're running a 102 fever it's best to stay home when you can," said nursing student Kendell Kocher.

Kocher was helping out at the clinic Wednesday. She says she has to get the flu shot because of her major, but a lot of her classmates do not get it.

The study, done by CityMD, says that nearly 75 percent of millennials admitted to going out sick, compared to about 50 percent of older adults. In Luzerne County, nurses find it's the older adults who are taking advantage of the free flu shot clinics.

"We do carry the high dose which is for 65 years old and over which is four times stronger so a lot of the seniors like that shot and it is recommended," Torbik said. She added that college students are not getting the vaccine, and she hopes more choose to this year.