EXETER, Pa. – UPDATE: The power wheels car was found and will be reunited with Jasper Wednesday morning. Previous Story: Police in Exeter are trying to tr... 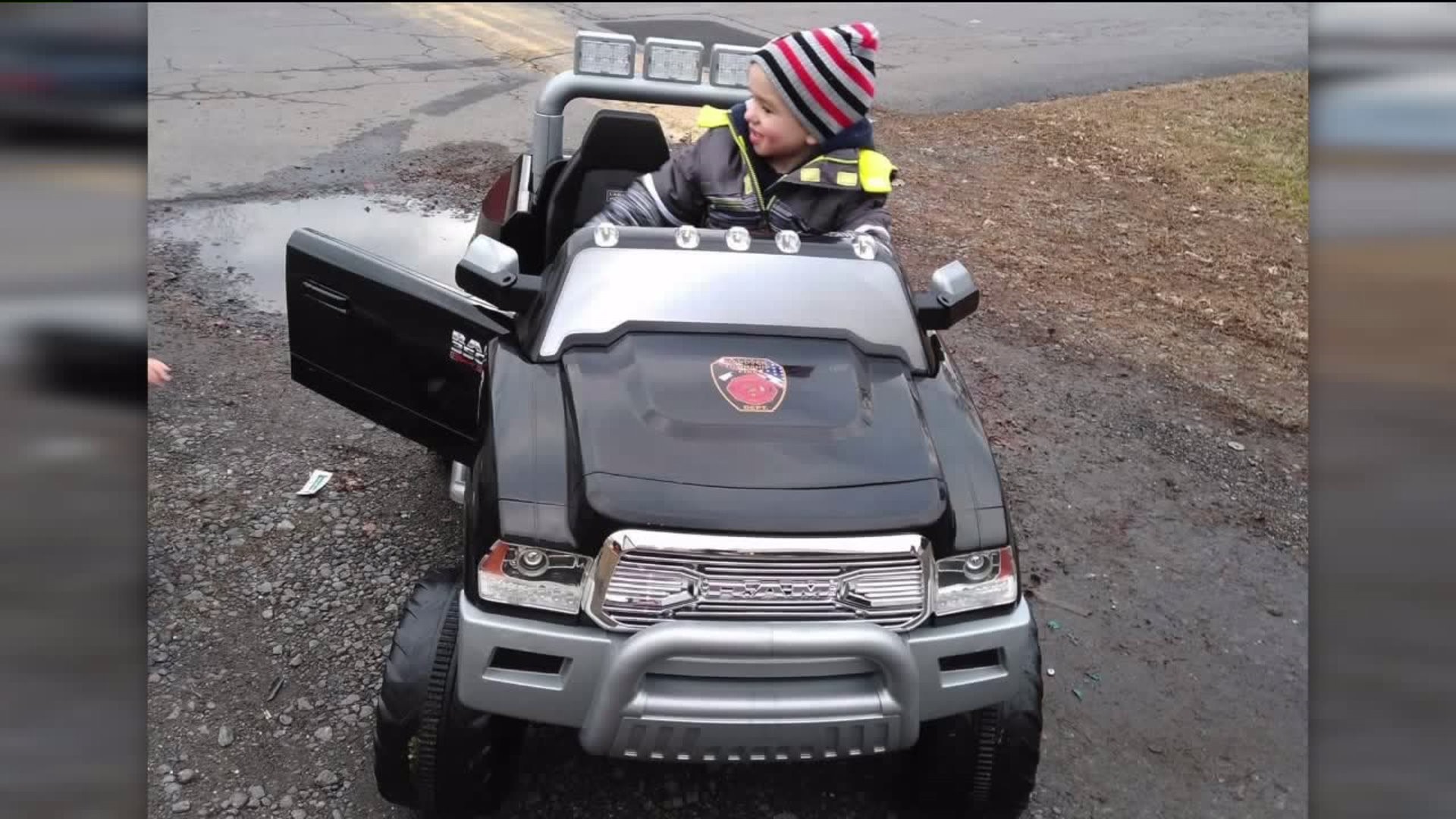 EXETER, Pa. - UPDATE: The power wheels car was found and will be reunited with Jasper Wednesday morning.

Police in Exeter are trying to track down who stole a power wheels car from a little boy.

This isn't just any theft. The power wheels car, which is a battery-powered toy car that a child can drive, means a great deal to four-year-old Jasper Hudock.

Jasper was hospitalized for a time to recover from his burns. Once he was released, firefighters in Hanover Township raised enough money to buy him a brand new power wheels car with the fire department's logo on the front.

"I was really upset because the Hanover Fire Department went out of their way to each save up money and put it together to buy this for my child... They didn't have to do that. It was out of the kindness of their hearts that they did that," Hudock said.

Jasper is diagnosed with autism. This was his favorite toy.

"Why would you steal something from a child like that? Especially a child with special needs. It's terrible," Matthew Ristagno, Calynn Hudock's boyfriend, said.

Hanover Township Fire Chief Joe Temarantz said the department felt it had to do something for Jasper immediately after the fire. Temarantz was disgusted to hear the gift has now been stolen.

"It's just a shame that someone did this. Hopefully, someone will return it. If not, I mean, your judgment day will come," Chief Temarantz said.

"I would just like it back. I would take it back no questions asked," Calynn Hudock said.

Again, this power wheels car does have a pretty distinct marking on it. The logo of the Hanover Township Fire Department is on the very front. Police in Exeter are still investigating.

TOY STOLEN: This power wheels car was stolen right off a porch in Exeter.. but this wasn’t just *any power wheels car. It was given as a gift to 4-year-old Jasper Hudock by the Hanover Twp Fire Dept after Jasper lost his father, step-mother, and step-sister in a horrid fire @WNEP pic.twitter.com/5BYzoC11T3