UPDATE: Residents of the B’nai B’rith have been evacuated to nearby Saint Luke’s Villa where a generator is supplying electricity and air cond... 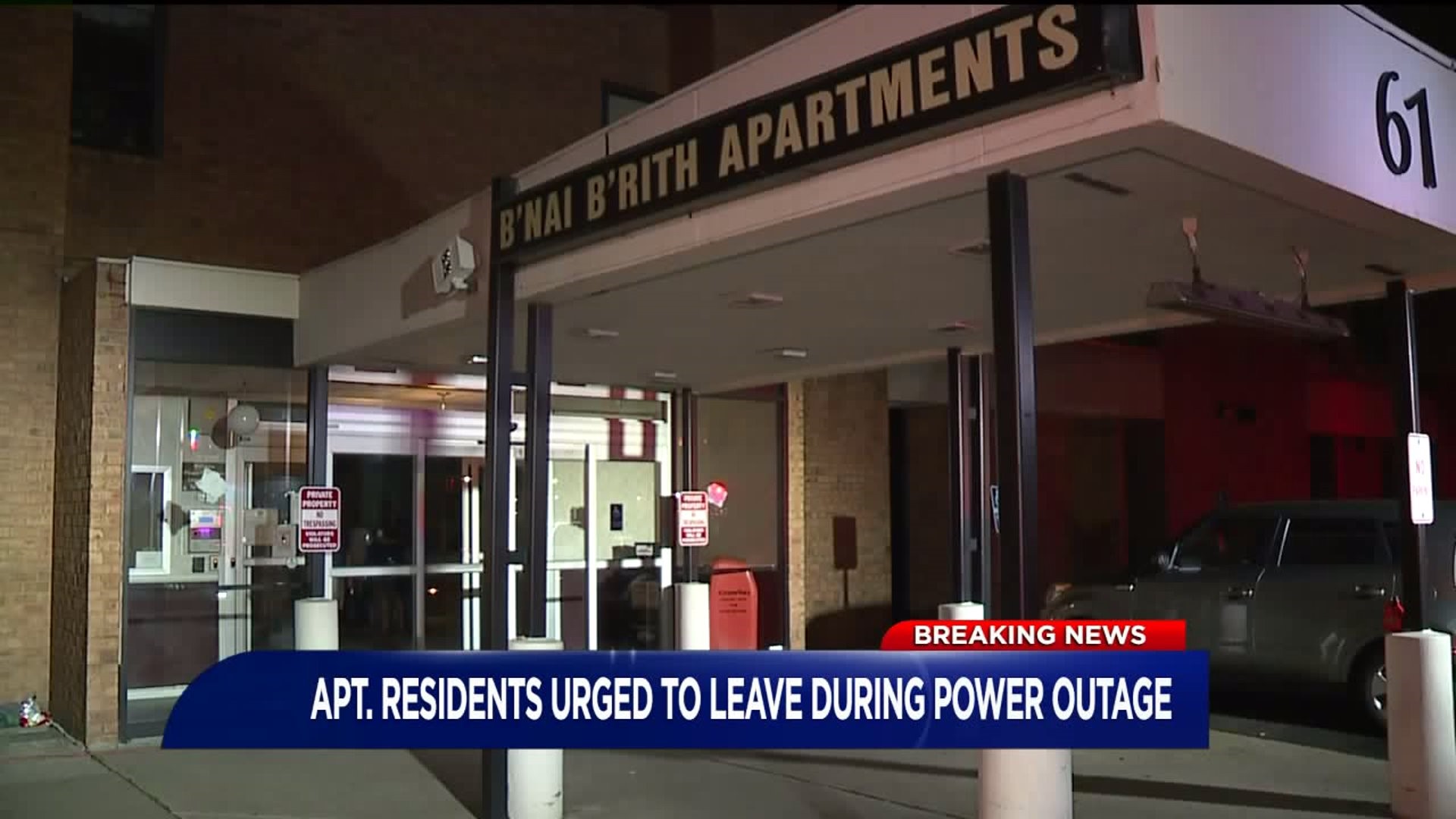 UPDATE: Residents of the B'nai B'rith have been evacuated to nearby Saint Luke's Villa where a generator is supplying electricity and air conditioning.  Everyone was back in their homes when power was restored just before midnight.

WILKES-BARRE, Pa. -- A power outage in downtown Wilkes-Barre on one of the hottest days of the year has left nearly a hundred people in the dark.

Officials say three people have needed treatment and one person was taken to the hospital due to the heat.

Emergency crews stood by the B'nai B'rith apartment building filled with mostly senior citizens Friday night who have been without air conditioning for hours.

PPL tells Newswatch 16 as of 11 p.m. it could be anywhere from three to 10 hours until the power is restored.

Nearly 100 people in Wilkes-Barre are without power.

The power outage stems from southeast Northampton Street to South Street and then South Pennsylvania Avenue to South Washington Street.

There's no air condition for residents of the apartments. 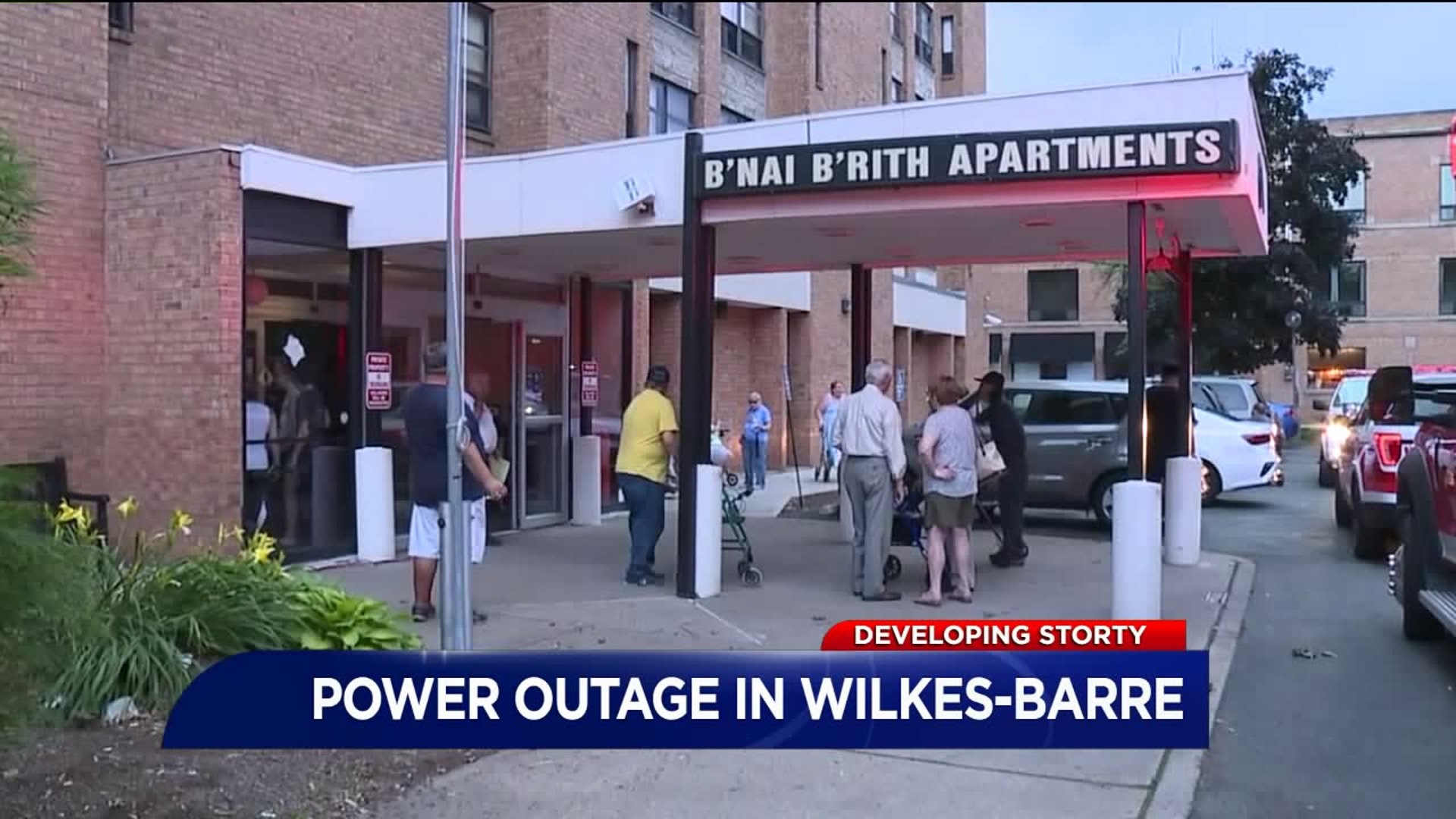 Officials say there is an emergency generator on at the apartment building providing limited light in the hallways and one of the elevators is working in case of an emergency.

Residents were told to shelter in place.

There is also no electricity at the Marlboro apartments. Also nearby, Saint Luke's Villa, a nursing home, is running on an emergency generator.

"I'm on the fifth floor it's kind of a warm apartment to begin with, it gets really warm. But you know, I lost cooking ability, obviously, light and the air," said Bernice Cassidy.

This is a developing story. Please check back for updates.