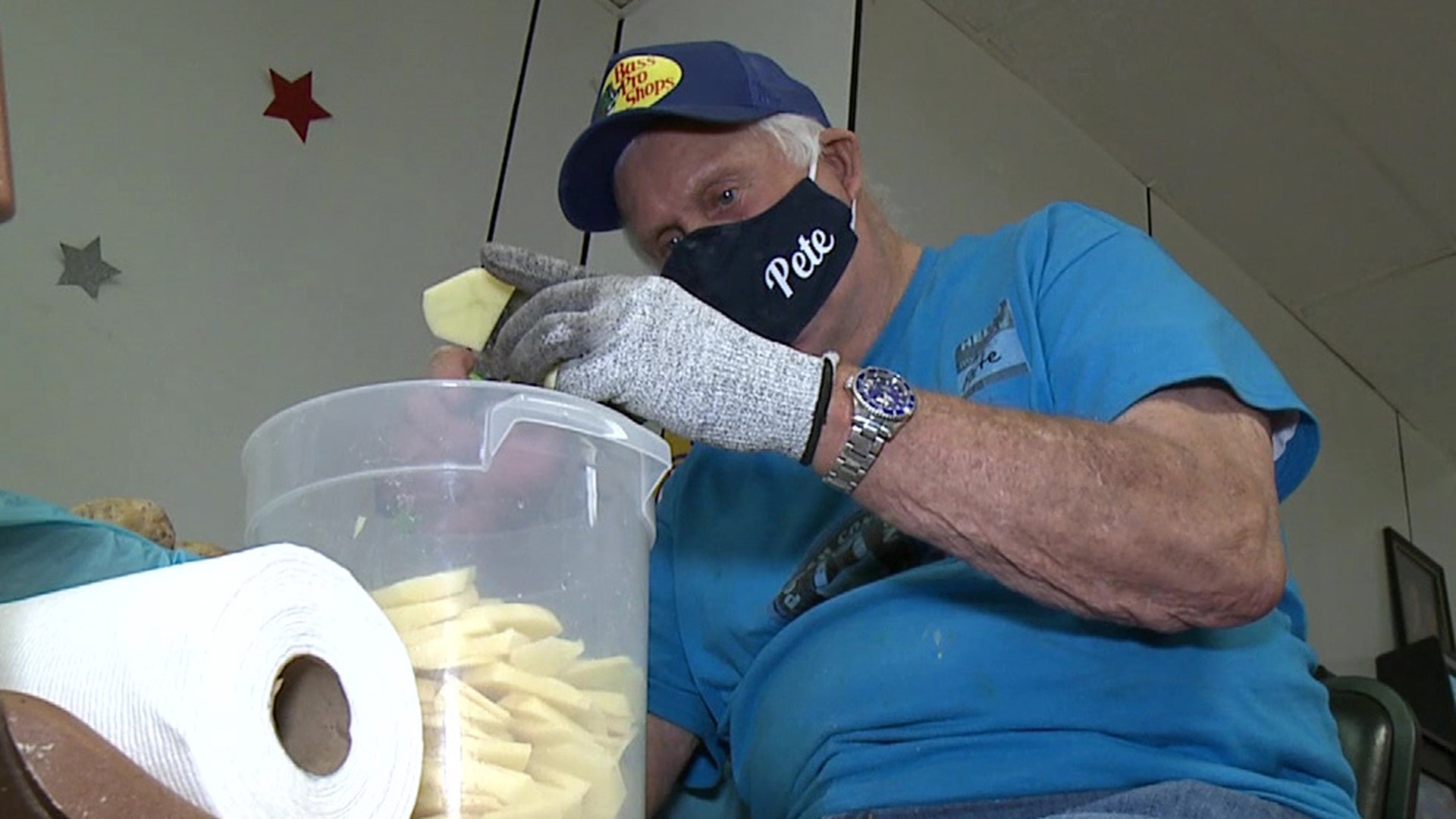 PLYMOUTH, Pa. — While a lot has changed over the course of the pandemic, some things haven't.

For example, 80-year-old Potato Peelin' Pete Rutkowski is still right where we last saw him in February: in the back of The Polish Connection, on Main Street in Plymouth, peeling potatoes for his daughter's restaurant.

"Like I said, I do the best I can under what I got to do with," said Pete.

"Are you saving this big one for last?" we asked.

Back in February, Pete told us about his goal to peel 2 tons of potatoes or 4,000 pounds.

Since our story, Pete has gained a lot of popularity for the restaurant on Facebook, bringing in guests from all over the country.

It's also where fans have kept track of his potato progress.

Newswatch 16 was there to capture the milestone just after 10 o'clock in the morning on Wednesday.

But it wasn't time to celebrate until the final potato was peeled and diced.

"It's like I just started the bucket, yup," he replied.

Potato Peelin' Pete says even though he's reached his goal of 4,000 pounds, he's going to keep on peeling.

So that way, food like these potato pancakes can continue to be made here at The Polish Connection in Plymouth.