KINGSTON, Pa. — A community in Luzerne County is on alert after signs went up telling residents that someone is shooting at animals. “Neighbors, bew... 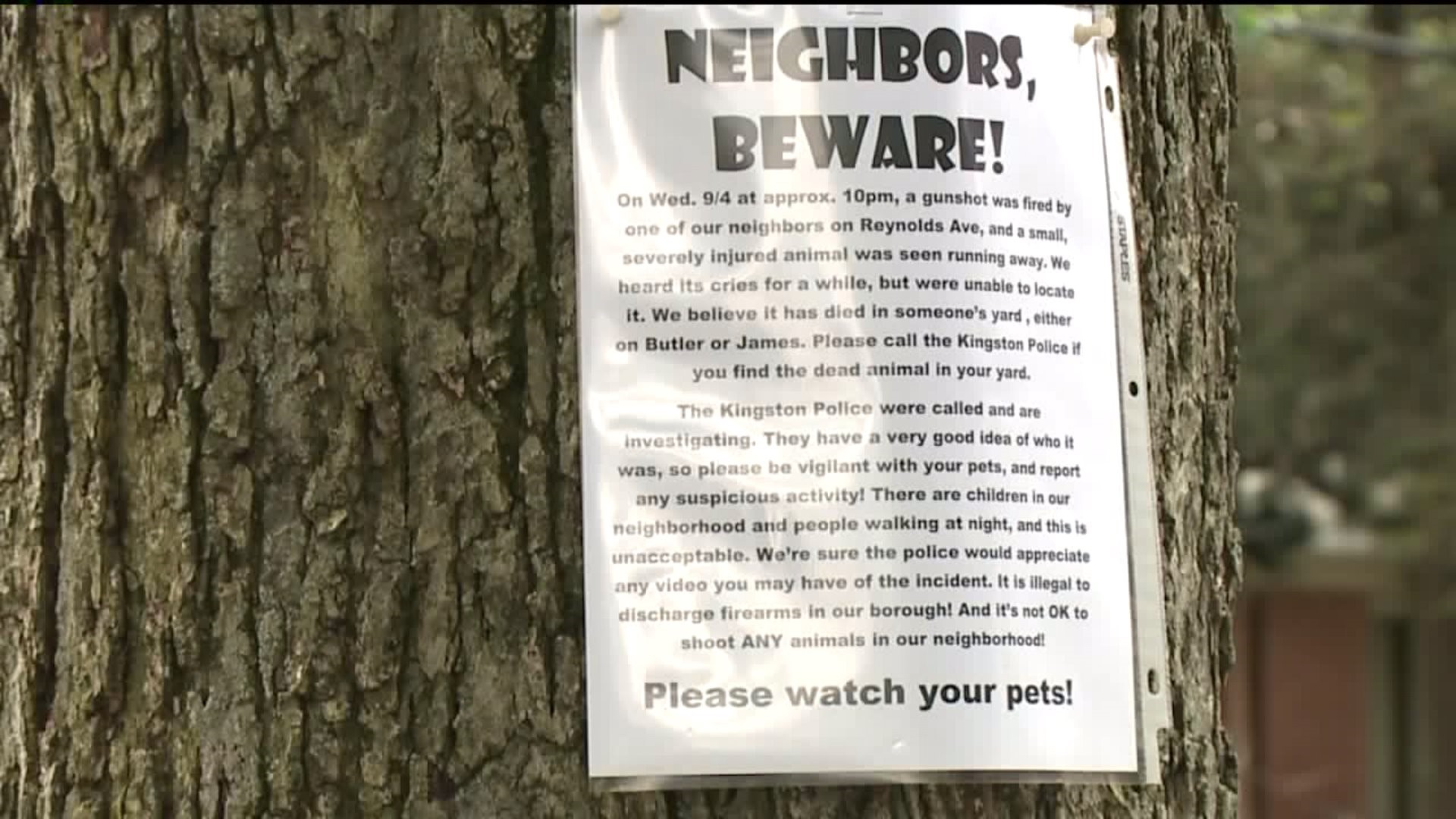 KINGSTON, Pa. -- A community in Luzerne County is on alert after signs went up telling residents that someone is shooting at animals.

"Neighbors, beware!" is the warning posted on trees and telephone poles in a section of Kingston. A sign posted on Reynolds Avenue claims that someone from the neighborhood shot an animal on the evening of September 4.

The poster reports hearing a gunshot and then hearing a small animal crying as it ran away from where the shot was heard.

"They said they saw the animal run away, so I don't know what happened to the animal either," Eileen Heffron said.

The warning to neighbors asks them to check their yards for a dead animal on Butler or James Streets. If you find one, contact police in Kingston.

Neighbors tell us the warning makes them uneasy.

"I'm scared because, I mean, not only people but animals, that's horrible to do something like that," Heffron said.

Police in Kingston tell Newswatch 16 they responded to the report of the gunshot on September 4 but didn't find anything that led them to believe an animal had been shot.

Police in Kingston tell us they have heard recent reports of a fox in people's backyards in this part of Kingston but say there is currently no cause for concern despite what's posted on trees throughout this neighborhood.