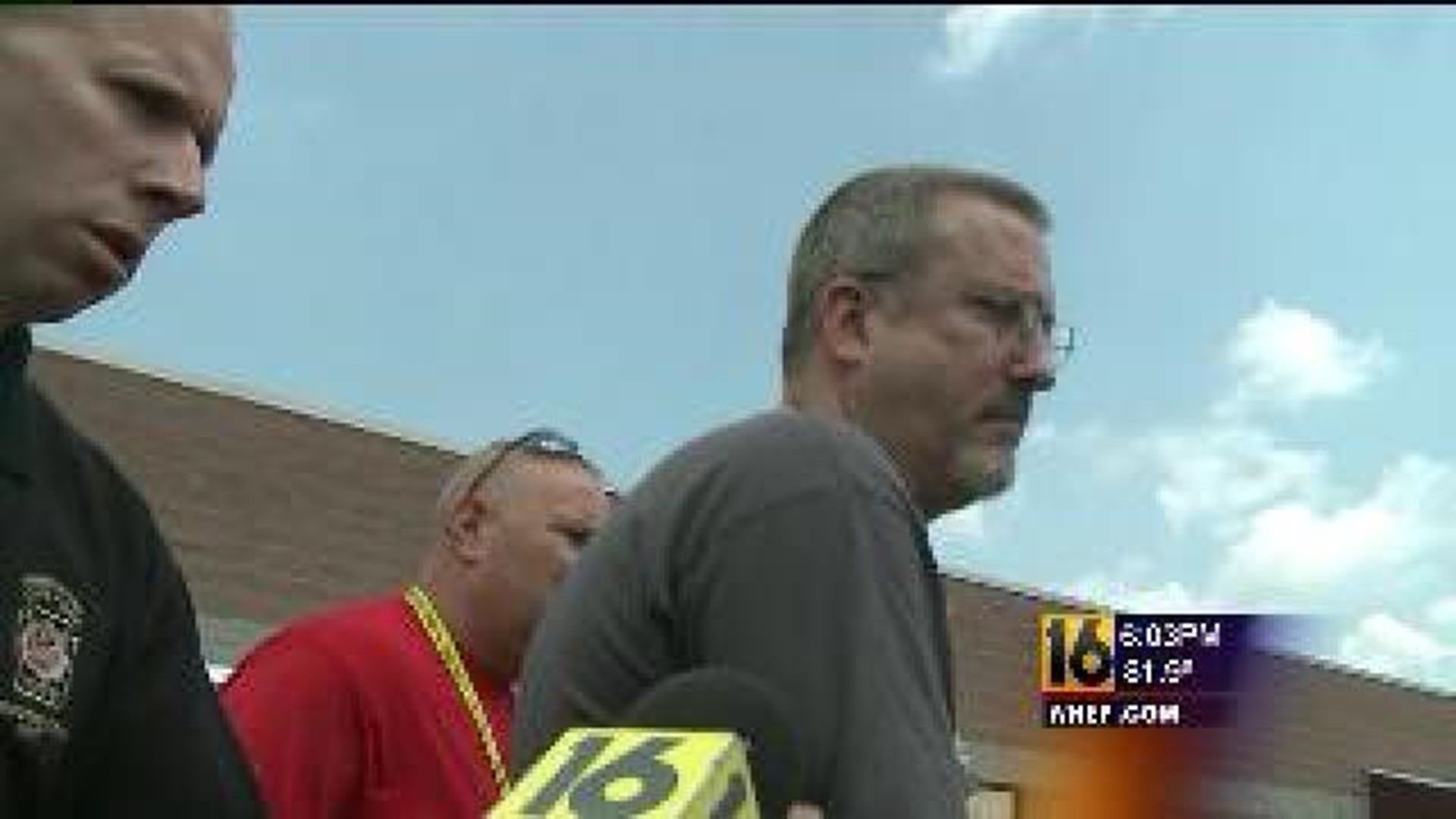 No words from James Stewart as he was brought into a magistrate's office near Hazleton to face 120 child pornography charges. Police say they traced pornographic pictures and videos of girls between six and 13 years old to Stewart's computer at his home in Mountain Top. According to investigators, Stewart admitted to watching the videos for sexual arousal.

"You know, he was curious and he was under the influence of alcohol at the time that he was doing these downloads of the child pornography," said Luzerne County detective Charles Balogh.

Stewart worked full-time at King's College in Wilkes-Barre as a foreign cultures lecturer and tutor coordinator for students. The college released a statement, saying it has suspended Stewart without pay.

At this point, there's no indication that stewart had been accessing any of these videos here on campus, but students here say they can't believe that somebody who worked here would be involved in something like this.

"He's around students all the time. You don't know what he could have done here and I'm happy he's suspended. This is a good school, and I don't ever want to hear a bad reputation about it. I'm still in shock right now," said incoming King's College freshman Karen Reyes.

Police say stewart admitted he felt guilty and ashamed about downloading the files. They say he deleted them from the computer and stored them on an SD card in his wallet.

At Stewart's arraignment, his wife told Newswatch 16 she didn't know about any of this.

James Stewart is locked up tonight in Luzerne County on $75,000.