John Dawe admitted to asking for naked photos from who he thought was a teenage boy but was actually police posing as a 15-year-old online. 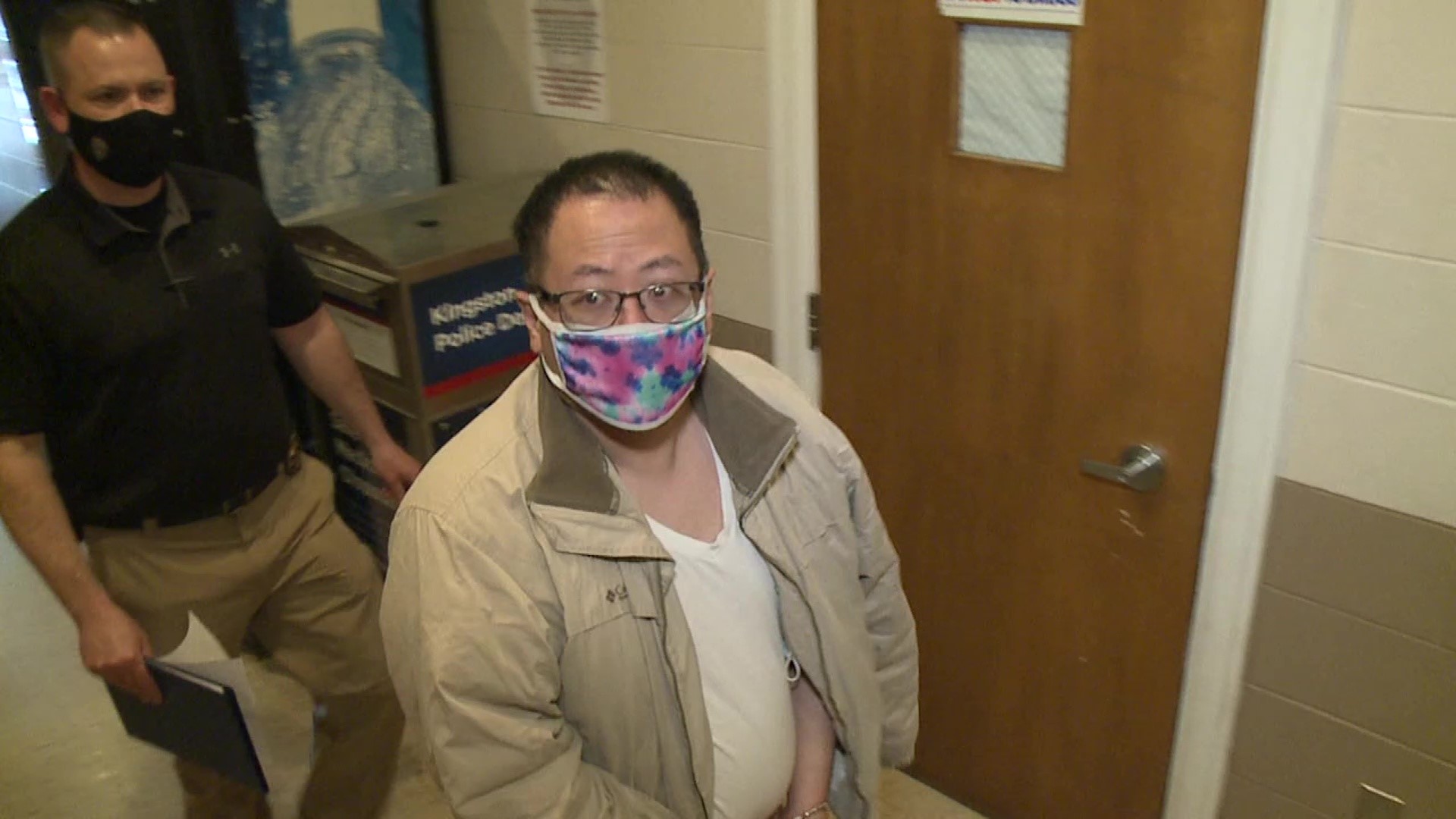 KINGSTON, Pa. — John Dawe walked out of the Kingston Police Department on Thursday in handcuffs.

He was charged after police said he asked for naked pictures from who he thought was a 15-year-old boy.

As it turns out, he was talking to a police officer.

According to court paperwork, Dawe said to who he believed was a teenage boy, "You're not old enough to legally give consent for anything sexual in PA. So, that's a bummer. I mean, you could be a cop or an FBI agent or something."

Vincent Carver lives across the street from Dawe and watched as Dawe was arrested.

"It's kind of sickening. I mean, it's like, they're kids, man. Why would you do that? It just appalls me as a person," Carver said.

Dawe is very active in the Luzerne County community.

According to his website, he worked as a consultant on several political campaigns for state representatives and judges in our area.

We reached out for comment; the non-profit emphasized Dawe is not currently associated with the organization and has not been for several years.

"It's kind of weird, especially when it happens to someone as reputable as himself. It's honestly, it's kind of baffling," Carver said.

"I'm glad that he's off the streets. Hopefully, they keep him in jail for a while, and hopefully, Kingston keeps getting them off the streets," neighbor Camellia Kondratick said.

Dawe is locked up at Luzerne County Prison without bail.  He's scheduled to appear in court again later this month.