PRINGLE, Pa. — A teacher who faces charges in Luzerne County turned herself in on Tuesday. Police say the teacher encouraged a 15-year-old girl to send na... 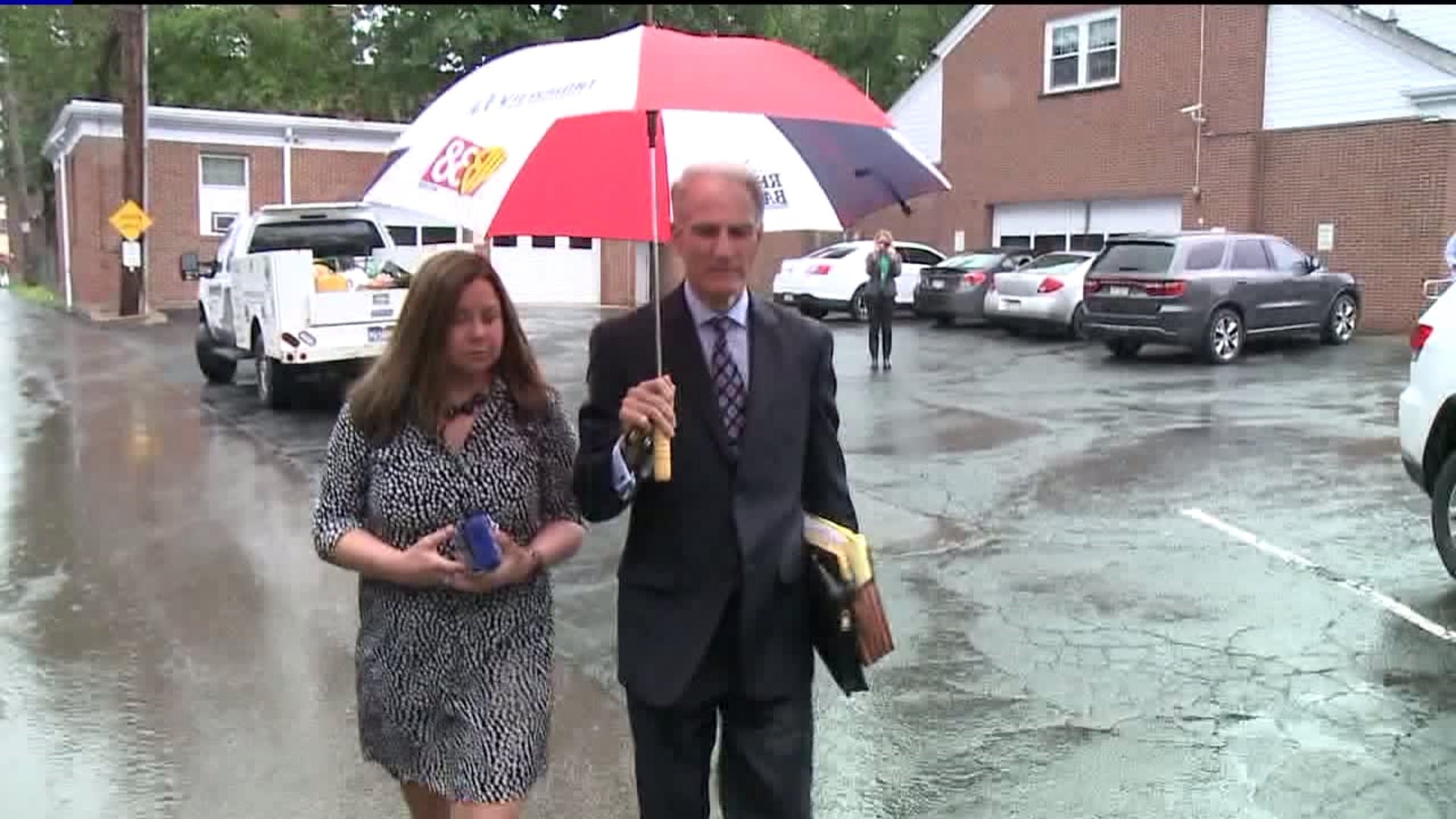 PRINGLE, Pa. -- A teacher who faces charges in Luzerne County turned herself in on Tuesday. Police say the teacher encouraged a 15-year-old girl to send naked pictures of herself to a boy.

According to court papers, Amy Burke was a math teacher at West Side Career and Technology Center in Pringle. In February, a student spoke to her about how she was upset that her boyfriend was looking at other girls on Instagram. That's when Burke told her she should send her boyfriend naked pictures of herself.

Amy Burke walked silently with her lawyer as she left the magistrate's office in the rain in Kingston. Inside, Burke was told by a district judge she will be facing charges.

According to court papers, Burke taught math at the West Side Career and Technology Center in Pringle. That's where the student spoke with her about being upset her boyfriend was looking at girls on Instagram. Burke told her to, "send him nudes," because "he'll be happier."

Court papers say the student says she was "weirded out" by the comment, and three days later, Burke asked her in front of other students and another teacher if she had sent the pictures yet. The student said no, and Burke replied, "maybe you should, maybe you'll get something out of it."

Court papers list other students who have come forward with stories about what they call inappropriate behavior by Burke.

Burke has not been teaching since March. She was allowed to leave the magistrate without posting bail. A preliminary hearing has yet to be scheduled.