PLAINS TOWNSHIP, Pa. — Police are investigating a shooting at a hotel in Luzerne County. Plains Township police were called to the Red Roof Inn around 7:3... 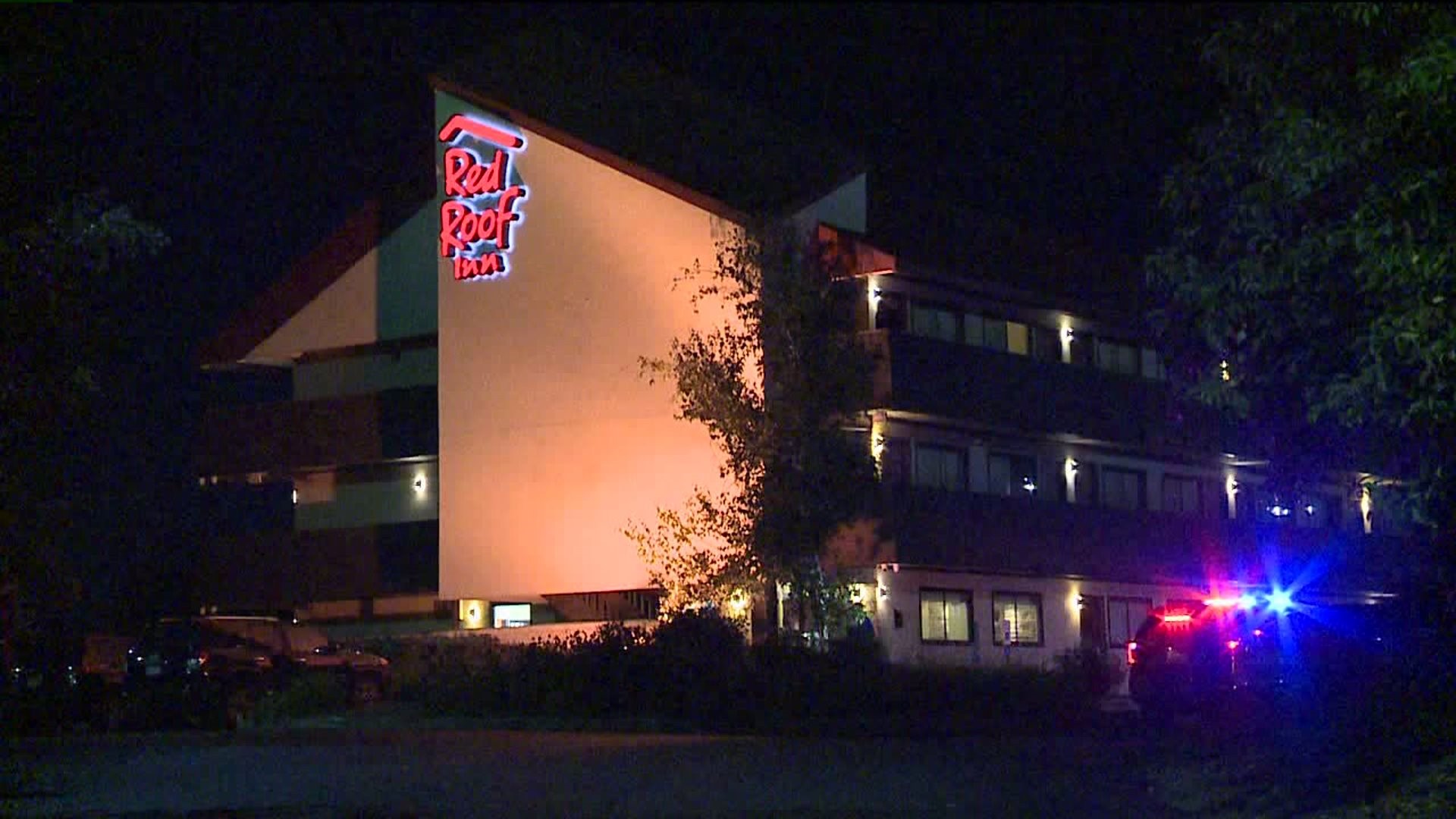 PLAINS TOWNSHIP, Pa. -- Police are investigating a shooting at a hotel in Luzerne County.

Plains Township police were called to the Red Roof Inn around 7:30 p.m. Saturday when a caller reported a shooting. Police confirm paramedics treated a male for gunshot wounds and took him to Wilkes-Barre General Hospital. Geisinger later told police a gunshot victim went to their emergency room.

The Red Roof Inn sits in the middle of a business district in Plains Township and has had a handful of police visits in recent months. The assistant manager of the pool company across the street says police visits to the hotel seem to be increasing.

"It seems about once a week, there's always something going on, whether it be one cop or multiple police officers doing something up there, making an arrest, or at least watching the place," said Michael Sharkey, Olympic Pools assistant manager. "To find out there was a shooting there last night, I'm not surprised."

We attempted to reach out to the Red Roof Inn, and the woman who picked up the phone at the front desk told us "no comment."

The Plains Township Red Roof Inn has a history of crime and violence. In April, three people wanted by police for stabbing an elderly man to death were found at the hotel. Back in 2012, a man died at the entrance to the hotel after he was shot and then crashed his car in the driveway.

While Sharkey says the trouble at Red Roof doesn't hurt business, the violence at the inn is still concerning.

"I just know personally I would be afraid to go to the Red Roof Inn just because I've seen the increased activity," Sharkey added.

Plains Township police are still investigating that shooting. Updates on the conditions of those victims were not made available.