NANTICOKE, Pa. — Police are dealing with a standoff situation at a home on West Green Street in Nanticoke. 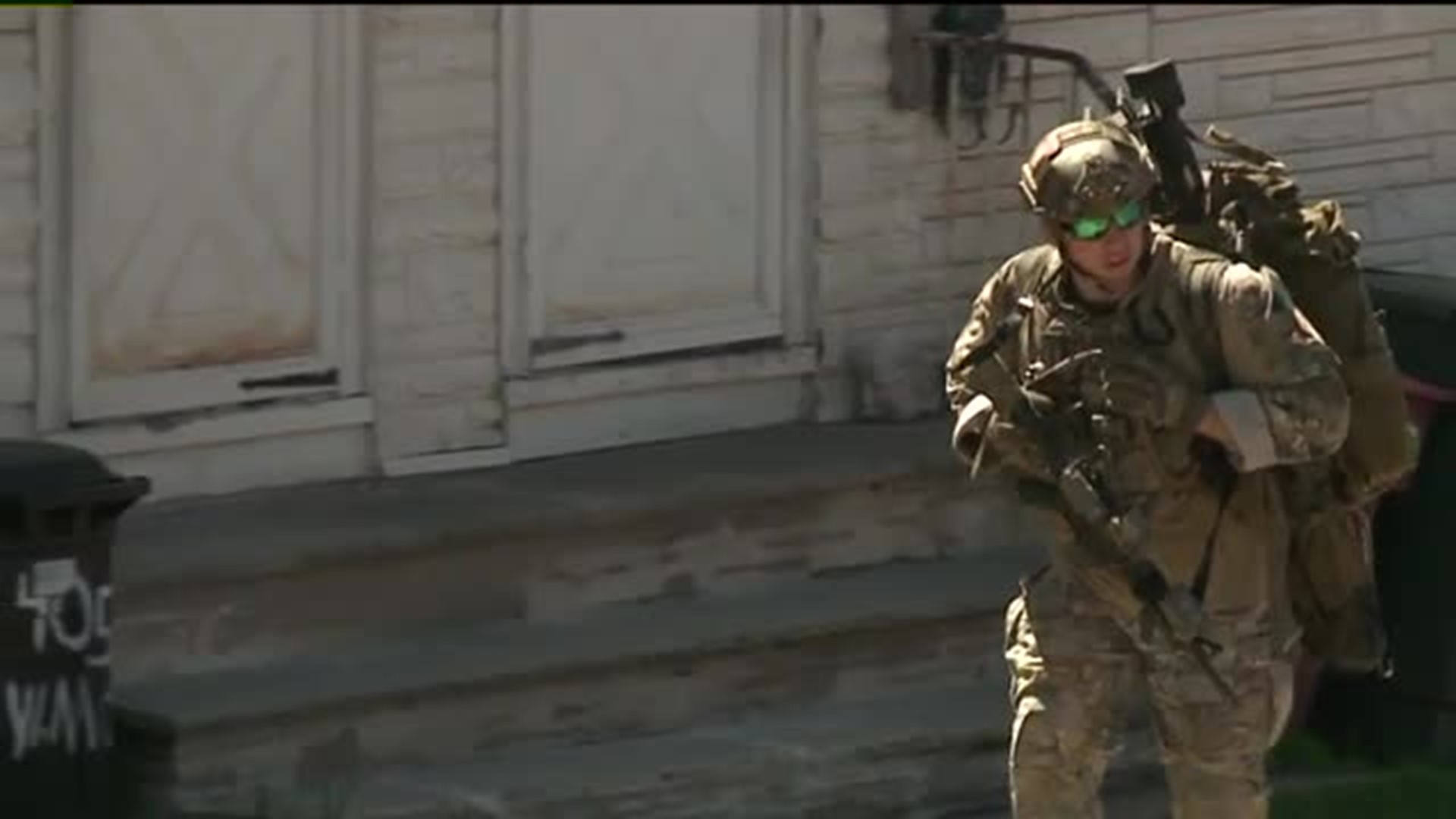 Police say a man barricaded himself inside his home and threatened to shoot people with a crossbow.

The streets around West Green Street in Nanticoke were blocked off earlier in the day on Wednesday.

Police say the standoff started when they tried to serve a mental health warrant on the man who lives inside a home there.

Video posted to Facebook by a viewer shows the moments after a standoff ended in Nanticoke.

You can see Andrew Blake, 31, on the ground after he surrendered peacefully to police.

The standoff started around 9 a.m.

"I seen the Facebook post about 10:44 this morning, so I figured I'd take a ride because this is something that you don't normally see in town here. It's scary," said Marie Williams.

Nanticoke police say they had come to Blake's home on West Green Street to serve a mental health warrant.

"He did not answer his door. Shortly after, our officers attempted to make contact with him. He did exit his residence from the rear and shot at the neighbor's house with an air rifle," said Nanticoke Police Chief Thomas Wall.

Nanticoke's police chief says Blake had signs posted on his home saying he would shoot anyone who came near him with a crossbow.

Members of the state police Special Emergency Response Team were called in, and several streets were blocked off.

"It's an inconvenience right now, but it's part of the protocol of the SERT team to make sure everything is kept safe and the people are kept safe," said Chief Wall.

During the standoff, police told people who live nearby to stay inside their homes. That included Joel Curry and his family who live across the street.

"All the cops telling us to get in the house and get the baby out of the front room. Well, put him in the front of the house in case the dude was shooting or whatever," said Curry.

No one was hurt during the standoff.

Andrew Blake was taken to the hospital for evaluation.

STAND OFF IN NANTICOKE: Police say a man on West Green Street in the city is threatening to shoot people with a crossbow. Many of the streets in this area have been blocked off. Police are telling people to stay in their homes. @WNEP pic.twitter.com/sPcto9wCOh