WILKES-BARRE, Pa. — A man was found dead in a vehicle Sunday morning in Nanticoke, and police on scene confirmed to Newswatch 16 that the man was a suspec... 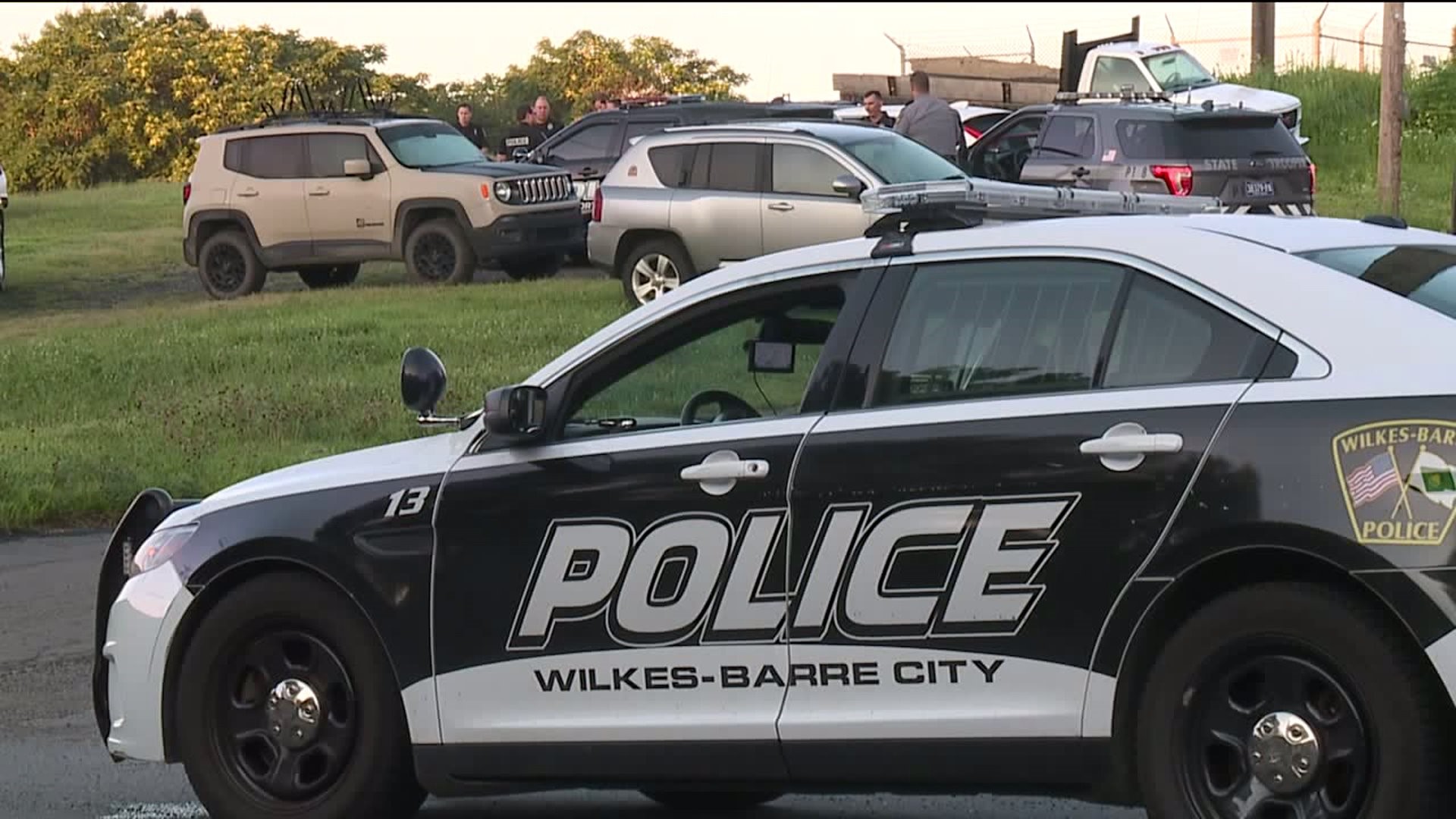 WILKES-BARRE, Pa. -- A man was found dead in a vehicle Sunday morning in Nanticoke, and police on scene confirmed to Newswatch 16 that the man was a suspect in an early morning shooting at a home in Wilkes-Barre.

"I went to bed, and I heard these four gunshots, and it woke me up because I didn't know where it came from," neighbor Mike Hoover said.

The normally quiet street in Wilkes-Barre was anything but overnight after police were called to Oak Street for reports of a man shooting at a home.

Hoover lives right across the street.

"I told my nephew, I said call the cops because I heard four gunshots. It was right by my house," Hoover added.

The woman who lives at the home did not want to speak on camera, but her boyfriend told Newswatch 16 that the man who shot at the home was the woman's ex-boyfriend, and he had been there twice early Sunday. The man said that when the ex-boyfriend came to the house a second time, he said something to the effect of 'They were all going to die.' The man said that he then heard gunfire from outside the home but no one was injured.

Wilkes-Barre police confirm to Newswatch 16 they responded to two calls in the early morning hours on Sunday to the home on Oak Street. After that second call shortly before 4 a.m., the search for the suspect began.

Police were looking for the suspect's white Chevy and told Newswatch 16 they made contact with the suspect in the hours after he allegedly shot at the Oak Street home. He told police, "I'm not going to jail for this."

Authorities say that was the last they heard from him before finding the vehicle at East Slate and Prospect streets in Nanticoke. The coroner later confirmed to Newswatch 16 that the man is Leon Bailey, 31, of Nanticoke.

Wilkes-Barre police say they are continuing to investigate that early-morning shooting in the city.