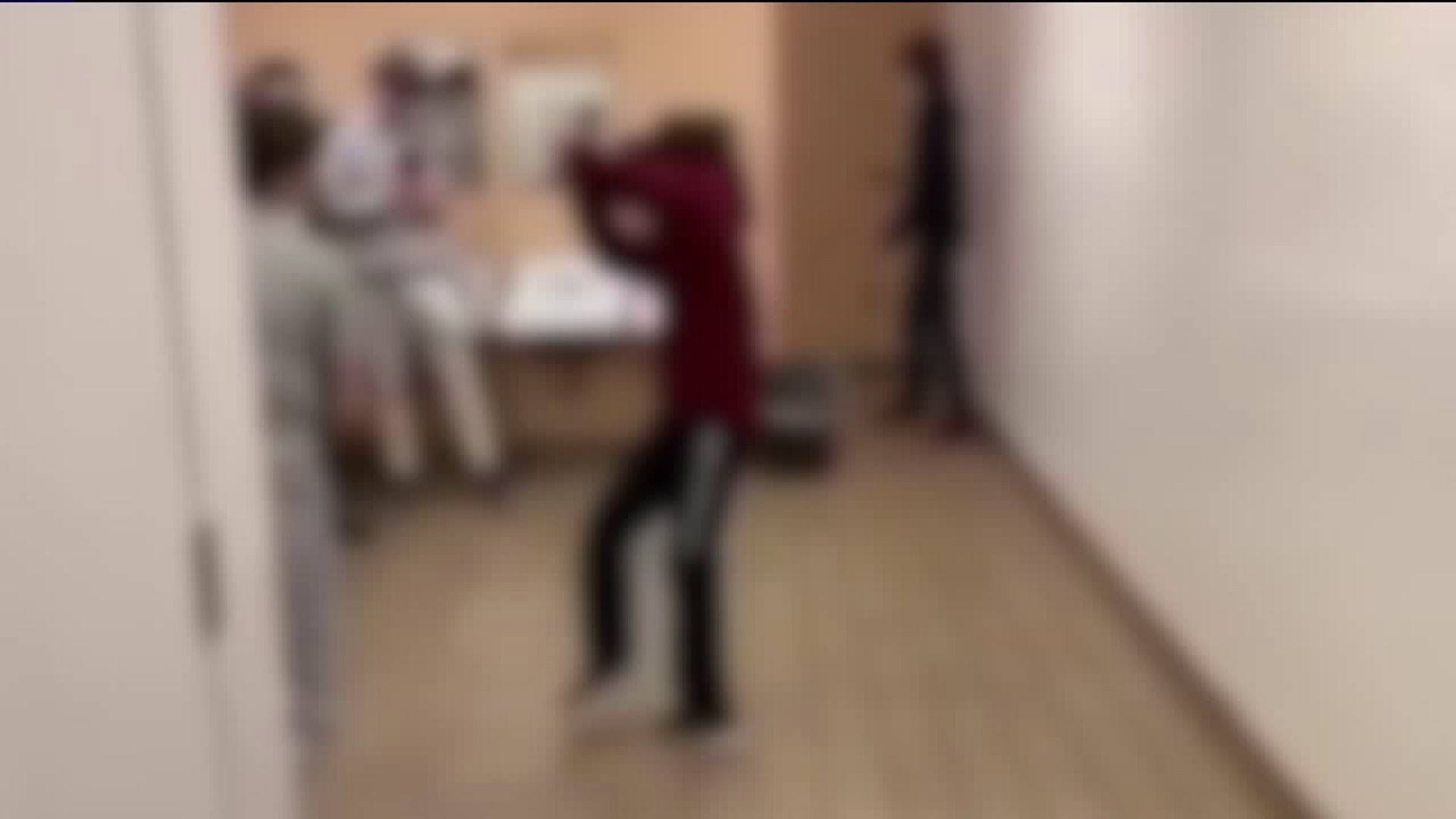 The incident happened Friday at Greater Nanticoke Area High School, and over the weekend, it began going viral on social media.

The boy in the red sweatshirt is punched in the face. After trying to kick back at his attacker, he is punched again, this time egged on by bystanders.

The video show bystanders begin to scramble when they realize the boy is hurt. One recipient of the Snapchats is a recent graduate of Nanticoke High School who says he was disgusted by what he saw.

"I was one of the kids in high school, too, that was picked on and occasionally bullied, and I wasn't just going to sit there and let other people get tossed around kind of like the way I was," Tyler Albert said.

Albert says he is a casual acquaintance of the boy shown punching the boy in red. Still, he chose to share the video on Facebook and offer a listening ear to the victim.

"There's been a few times at Nanticoke where I reported bullying and not really much was done about it. Like they were suspended for a day or something like that, so that's why I wanted to bring attention to it, and I'm glad it went viral the way it did," explained Albert.

The superintendent at Greater Nanticoke Area says there are programs in place for kids to report bullying if they witness it. He's disappointed students, in this case, chose to record it with their cell phones and share it on social media.

The school has an anonymous online reporting system, as well as a state-mandated program called Safe2Say. The state provides students with a 24-hour hotline and a phone app where kids can report bullying.

Nanticoke police are also investigating the incident. Chief Robert Lehman says they have several interviews left to conduct this week.

Police say, as of now, nobody has been arrested in connection with the incident. If they do charge any students involved, those students will be charged as juveniles. The Nanticoke police chief says they plan to wrap the investigation up by the end of the week.